Hi everyone, apologies if this is discussed in another thread...

I've been seeing laggy performance with it, as bad if not worse than the GTX 120 was using my TV as a monitor. The lag's worst when plugin GUIs are open so there's some kind of conflict happening there... That said, performance in Logic is still sluggish when only displaying Logic's UI elements.
I bought the card new from OWC, and I'm not using it for anything graphics-heavy like video editing. Just running Logic, Ableton Live, and various plugin effects and instruments on a 4K TV at 1080p, (60Hz...)

I'll also lead off by saying I'm pretty clueless when it comes to graphics APIs. That said, it sure seems to me that with each new change macOS makes to graphics requirements I see a performance drop in most of my VST/AU plugins. Is there any accuracy to this?

Machine: 2009/12 3.46 12-core, 64GB ram. SATA III internal SSD for OS, another SSD for instruments and samples, a SQUID with 3 ACHI m.2s for large orchestra instruments.
OS: El Capitan. (Was thinking of upgrading to Sierra but a little hesitant now without knowing whether it could improve or degrade perfromance.)
Monitor: Samsung KU7500 4K TV. (1080p not 4k)

Just curious if others see lag with this card or generally find it to be a solid performer for non-video based work? As shown above, I'm running it at 1080p over HDMI, not 4k. 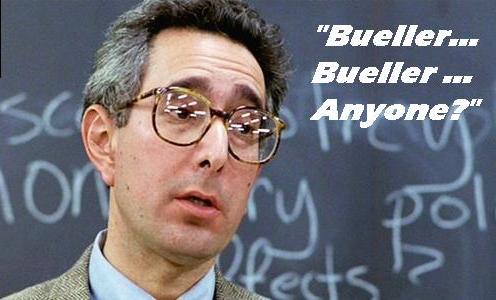 I have the same graphics card, and a cMP 5,1.. I have had problems running it HDMI to a tv, but no problems with a Philips monitor when using mdp or HDMI. So, it could be because you are connecting to a tv? Have you tried connecting it to a regular monitor?

I am connecting to a TV and unfortunately I don't have a monitor at the moment. I have a really tight space I'm working in and sold my old monitor after buying this . That said I'm sure I can have someone I know bring one over to check. Unfortunate if using a TV is out of the question... The thing that kills me is that my Macbook powers the TV without batting a lash...

Just wanted to post a partial update... Turning on game mode made the monitor usable... Better/ideal/As good as a monitor? No... But at least usable... (Turned off other garbage on the tv related to various ACR settings but not sure it made any difference...)

Moral of the story is I should have bought a 1080p/i monitor and been happy with running it at that resolution.

One more update: My TV's now just as snappy as my previous monitor was.

After turning on Game Mode and a reboot I got the option 1080p and 60 Hz, (HDMI). Wasn't seeing 60 Hz when game mode was off so the OS was apparently still seeing the display as a TV.

Everything's running smooth as butter now. I am still on 10.11, hoping the changes stick with Sierra (which I plan on upgrading to shortly...)

Either way if anyone hasn't tried turning on game mode, (or their monitor's equivalent), give it a shot and do a reboot... Working here for resolutions below 4k.

Also, found a screencast last night where the guy has a cheap and painless workaround for 4k res over HDMI using a TV. According to him you need a DisplayPort to HDMI 2 adaptor and the full version of SwitchResX. Assuming others are aware, but apparently Apple limits HDMI to 1.4 instead of 2... Hoping this helps others, plan on giving it a shot after upgrading to 10.12... Will post back if it works.
Last edited: Jun 21, 2018
You must log in or register to reply here.
Share:
Facebook Twitter Reddit Email Link
Register on MacRumors! This sidebar will go away, and you'll see fewer ads.
Sign Up
Top Bottom