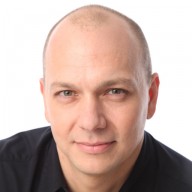 In an interview with BBC, Tony Fadell claims that former Apple senior vice president of iOS Scott Forstall "got what he deserved," when he was forced to leave Apple.

Fadell is widely known as the godfather of the iPod, and he formerly served as the senior vice president of the iPod division and as a special advisor to Steve Jobs.

After Fadell left Apple in 2008, there were rumors that Forstall and Fadell butted heads on more than one occasion. A 2011 profile of Forstall suggested that he was difficult to work with and had fought with Fadell over the operating system for the iPhone, which eventually led to Fadell's departure from the company.

The interviewer asked about Forstall's personality and personal problems that Fadell had with Forstall, but Fadell declined to comment further and simply reiterated his previous statement.

"I think what happened just a few weeks back was deserved and justified."
Click to expand...

When asked about Apple, Fadell said that he thought the company was in a "great place" but mentioned that there had been cheering in Cupertino when Forstall was ousted.


​
Currently, Tony Fadell is the CEO of Nest, the company that has created the popular Nest Learning Thermostat. Scott Forstall is serving as an advisor to Tim Cook and will be leaving Apple in 2013.

If only every day could be "tell the truth" day.

The question is, can the guys who took over for Forstall do better?
M

Deserved maybe, but the man talent.

Hmm ... I thought, Forstall will be the next Steve Jobs.
Anyway, he would be still better than this idiot Coock ...
M

The thing is if you want to position yourself as number one innovator you can't have institutionalised dinosaurs acting as a obstruction to new talent and fresh thinking.

It was clear that despite numerous acquisitions of interesting technology companies and their teams over the past few years, iOS seemed strangely moribund in terms of major innovations. Something was a spanner in the works Turned out it was likely Forstall.

Reminds me of when Steve Jobs was kicked out of Apple then came back....hhhhmmmm maybe he will be apples savior in the future
O

I wish someone would just tell us what the jackass (Forstall) did to deserve what he got. Can't macrumors email some former underlings and get a scoop?

osaga said:
I wish someone would just tell us what the jackass (Forstall) did to deserve what he got. Can't macrumors email some former underlings and get a scoop?
Click to expand...

He's probably a bit biased tho considering he didn't get on with forstall, and I seem to remember it was iOS these guys fell out over... Forstall was the one arguing for an OSX core to iOS which turned out to be a fantastic move! Forstall may have been a horrible person but a lot of people said the same thing about Steve! He clearly had good instincts when it came to iOS! I shall be reserving judgement until I hear more about why he went... I fear they may just be picking off the big personalities and loosing talent... But likewise may be a great move... Dunno... Time will tell.

WatchTheThrone said:
Reminds me of when Steve Jobs was kicked out of Apple then came back....hhhhmmmm maybe he will be apples savior in the future
Click to expand...

These, seems history all over again; i dont blame the guy probably he was forced in a lot of things.
O

NEWSFLASH - bloke who was elbowed out the door thinks it's a good thing that the main elbower has now been elbowed too.
N

Not a very big surprise that they cheered. I liked him in the keynotes but that was all.

I wonder who's idea it was to lock iDevices with iTunes? That guy needs to be fired.

WatchTheThrone said:
Reminds me of when Steve Jobs was kicked out of Apple then came back....hhhhmmmm maybe he will be apples savior in the future
Click to expand...

Yes, you are right. I fully agree.
S

It probably doesn't help that Steve Jobs pitted them against each other.
M

Nevzorus said:
Not a very big surprise that they cheered. I liked him in the keynotes but that was all.
Click to expand...

But you seemed to like the product(s) for which he was responsible...
As a customer I don't care who built the products I buy as long as the products are well made...

And I thought I had issues.
L

Well there were two teams at Apple for the iPhone OS. Scott headed the OSX team and Tony the embedded OS (iPod-like) team. As we all know Scott won and I think that was right. I don't think we would have an App Store as we know it.
M

It's so easy to turn Forstall into a scapegoat. To all the ignorants that hurray the expel of him and give credit to Fadell, if Fadell was to take the responsibility of the iPhone software, today you would essentially be using a big iPod to do your calls. The operating system would lack expandability, with no APIs borrowed from MacOs, and with limited functionality.

Forstall was the one that managed to port the MacOs into the iPhone turning it into a flexible mobile operating system. A HUGE task...

I can understand that Forstall lately did a lot of mistakes and I am not trying to defend or oppose his leave... Things change, people change... But I get really annoyed when I see some people being so shallow to judge so easily his work and what he has provided to Apple.
Last edited: Nov 29, 2012

Seems like a little deja vu going on here.

He'll be back at Apple in about 12 years
L