You are using an out of date browser. It may not display this or other websites correctly.
You should upgrade or use an alternative browser.
6

I've activated ScreenTime but it will randomly rest/erase all statistics a fews times a week or not record entirely on some days. I'm running ios 12.0.1 and have been having this issue since installing the public final version of iOS 12. I did not install any betas on this device ever and I don't have ScreenTime syncing between my other iOS devices.

Is anyone else having this problem?

To attempt to fix this problem I've tried turning ScreenTime off and then on again and restarting my phone–but nothing works.

Same exact problem for me. I thought I was alone. It makes screen time totally useless since I can’t trend my usage. Must be yet another bug.
Reactions: bushman4
B

Same problem. Tech support says Apple knows. Probably or let me rephrase that hopefully we’ll see a fix in an update As its useless as it is

Same here. Turned off and on again, will report back if data is deleted randomly again.
Reactions: bushman4

I was having this issue as well. Not an ideal solution, but I did a clean install/restore from DFU mode and I stopped having the issue.

Definitely random for me too - I'm sure they'll iron out the issues eventually.

Here's my screen time for the last 2 weeks, clearly it's broken and Apple needs to fix it 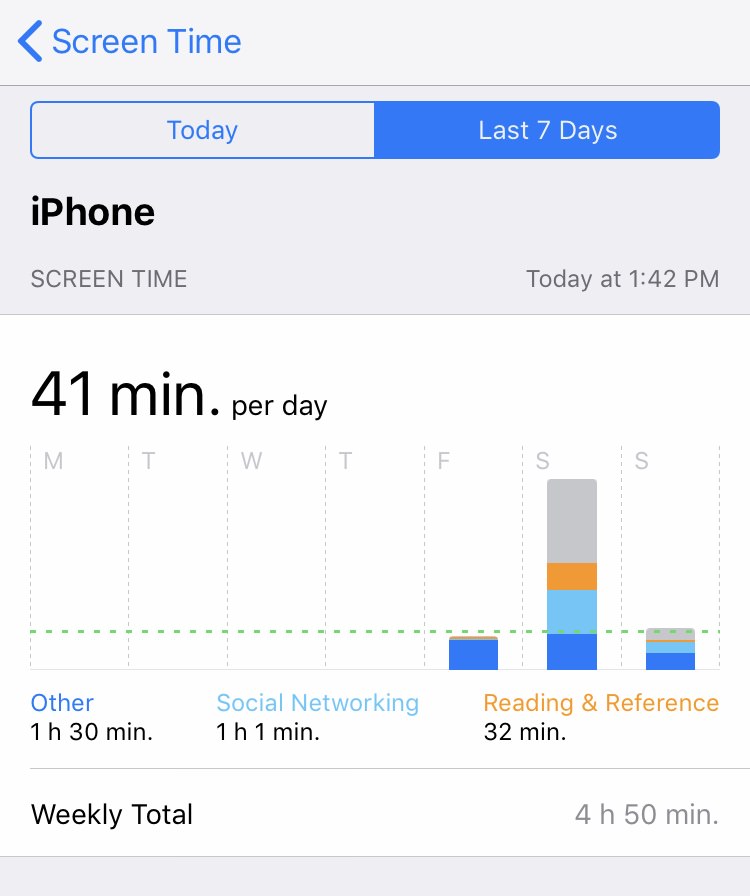 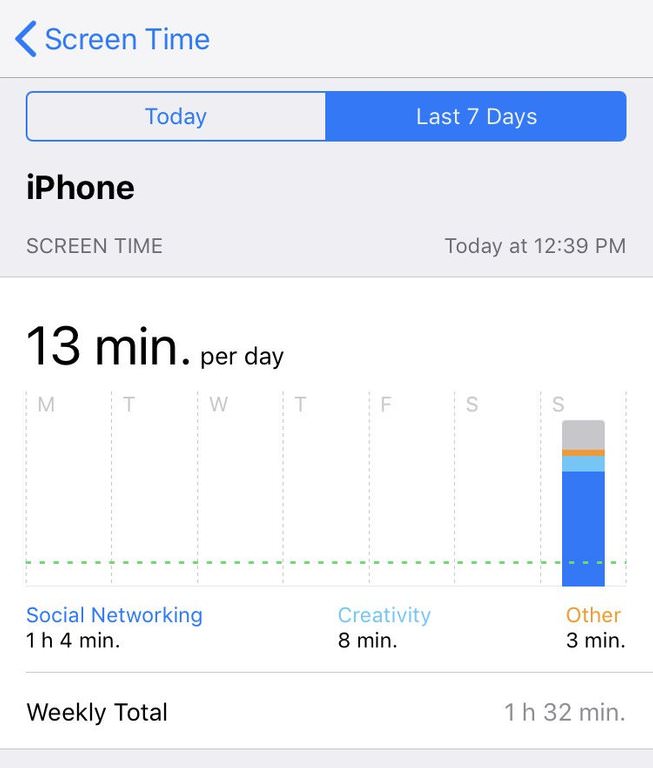