Serif today announced across-the-board updates for its popular suite of Affinity creative apps, including Affinity Photo, Affinity Designer, and the Apple award-winning Affinity Publisher for Mac, all of which were among the first professional creative suites to be optimized for Apple's new M1 chip. 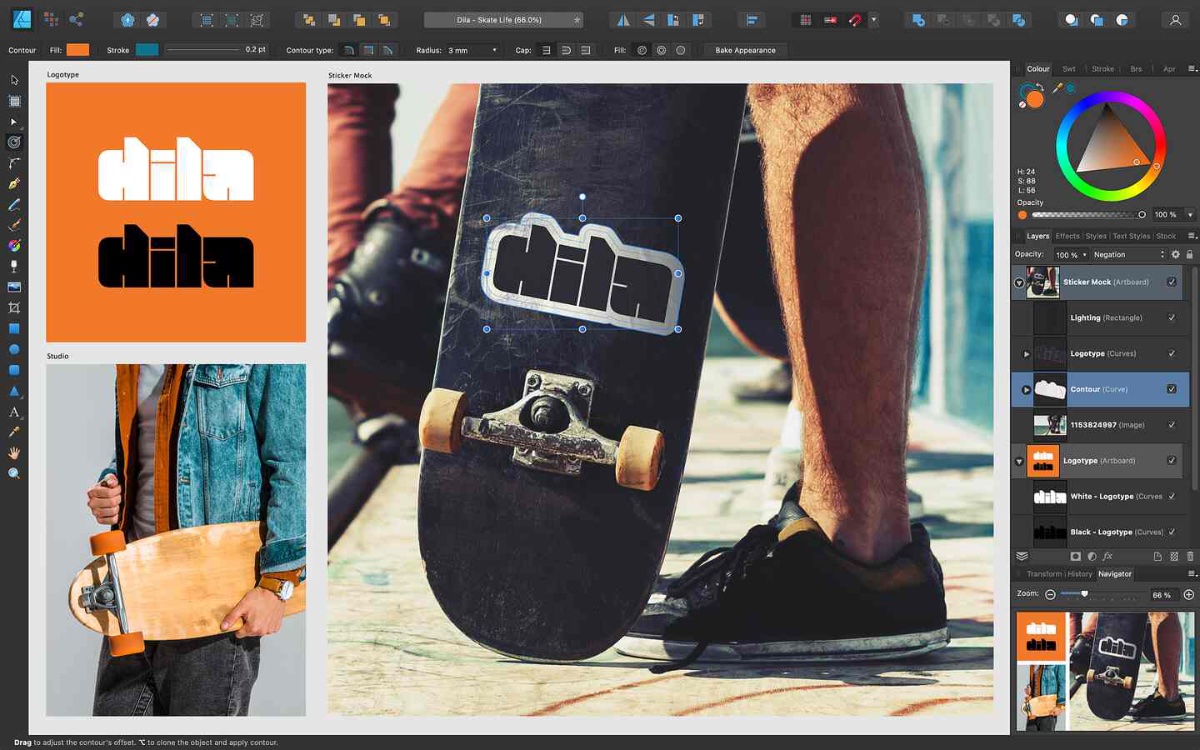 "After another year which saw record numbers of people switching to Affinity, it's exciting to start 2021 with yet another major free update," said Ashley Hewson, Managing Director of Affinity developer Serif. "We're introducing more tools and functions which will enable artists, designers, photographers and editors with even the most complex workflows to take advantage of the speed and power of Affinity."
Click to expand...

Affinity Designer, the graphic design app, has gained a new contour tool to add contours and line offsets to any shape or path. Also added is the ability to place linked images and resources, which works to reduce file size and simplify collaborative working. 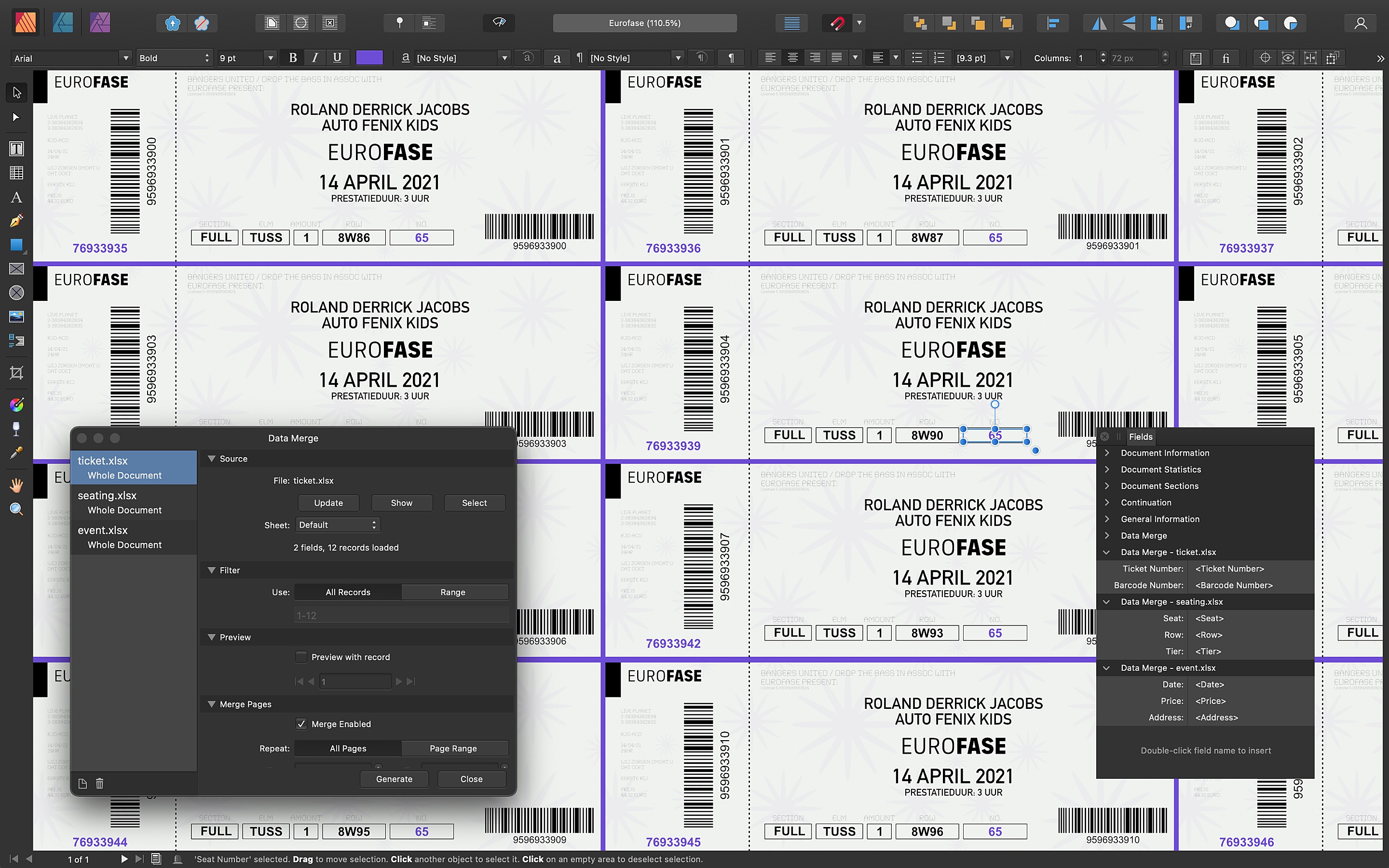 In Affinity Publisher, IDML import is said to be noticeably faster, while a new Package feature allows users to bundle all the image and font resources from a project into a folder, which can then be transferred easily to another system to aid collaboration or for print production.

In addition, placed PDFs can now be set to "passthrough," which ensures 100% fidelity on export, and users can easily integrate text and image links into a document from an external data source with the new data merge feature.

Over in Affinity Photo, users can now add liquify adjustments as live, maskable layers as part of their non-destructive workflow. There are also "substantial" improvements to its RAW engine, new linked layer functionality, path text, and a new mode to control the stacking of astrography images. 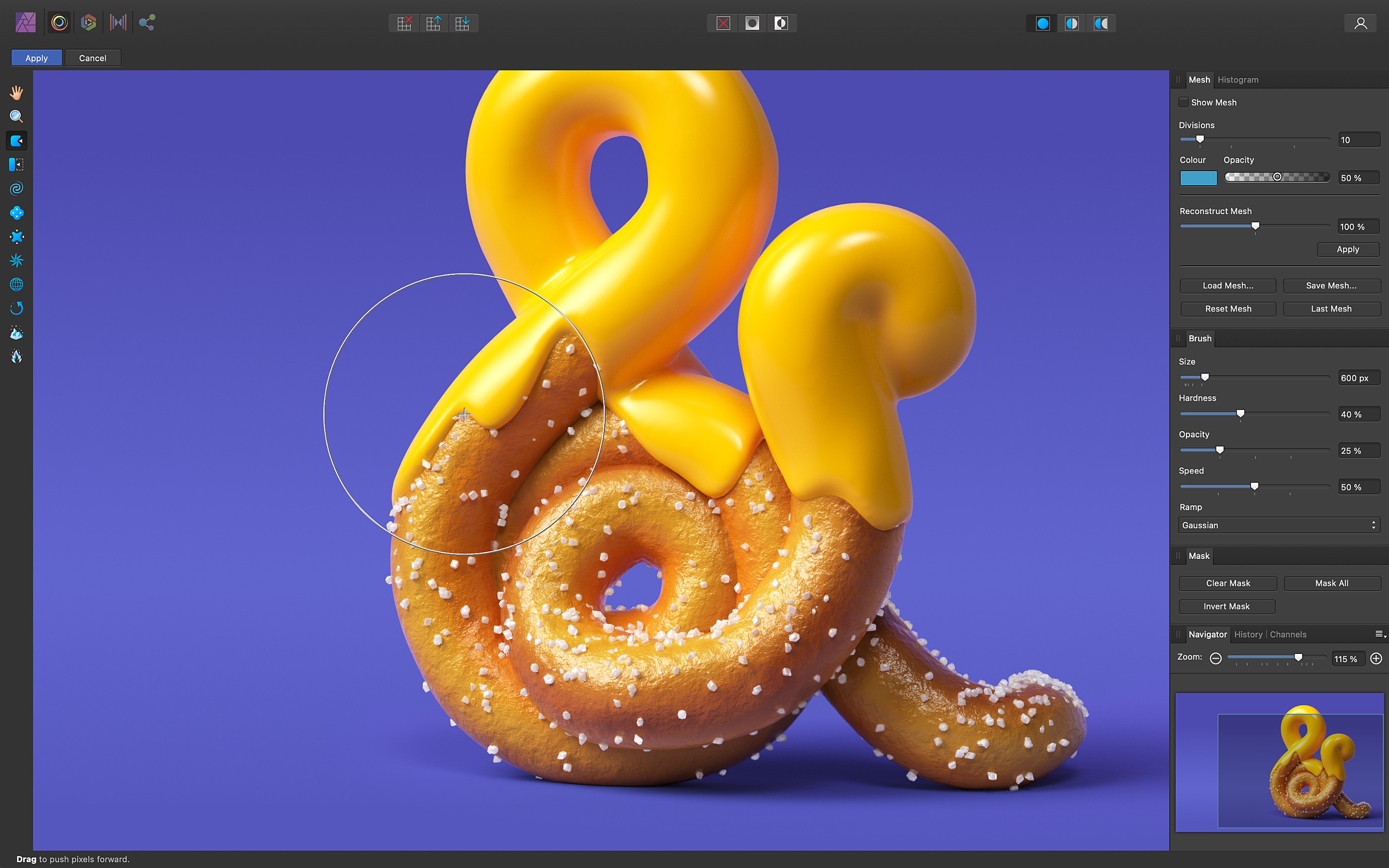 The 1.9 update is available across all Affinity apps on macOS, Windows and iPad from today and is free to existing users. All Affinity apps are currently available on the Affinity website with a 50% discount as an initiative to support the creative community during the global health crisis.

The Affinity suite is incredible! Keep up the great work. 👍
Reactions: planteater, MJB1833, Rob_2811 and 14 others
Comment

I was waiting for this. On my M1 mini, the Affinity apps were taking forever to launch, when previously they’d launch almost instantly. I love what Serif has done. Their apps are terrific.
Reactions: MJB1833, SigEp265 and ralph_sws
Comment

I hope they keep at it. And version 1.9 already, I wonder whats coming for version 2. (Not assuming 1.10, 1.11 can't exist, just looking forward to seeing what a version 2 would warrant.)
Comment

All I need is a vector tracing tool and I can dump Adobe for good!
Reactions: MJB1833, Janichsan, ZZ9pluralZalpha and 8 others
Comment
U

I really hope they come out with a proper Lightroom competitor - I'd move over to their software in a heartbeat if that became a reality. That, or if Affinity Photo's updated to support batch editing (similar to Photoshop Camera RAW), that would do it too.
Reactions: dredlew, sos47, DocMultimedia and 5 others
Comment

Serif is a class act.
Reactions: notrack, somnolentsurfer, amartinez1660 and 2 others
Comment

Can somebody with experience with both Pixelmator Pro and Affinity tell me which one is best? I have the impression Pixelmator is more Mac-like and Affinity is a Photoshop clone. I hate Adobe btw.
Comment

Switched to these when Abode went all "you can only rent our software" and never looked back, they are all excellent (well I only use Photo and Designer) and saved myself hundreds if not thousands of pounds.
Reactions: Manzanito, Will do good, TheWatchfulOne and 1 other person
Comment

Not even Apple make adverts this good.

Also: the apps are currently 50 per cent off!
Reactions: notrack
Comment
M

I wonder for how long they'll provide upgrades included as part of the one-off price for the app?
Comment

Marbles1 said:
I wonder for how long they'll provide upgrades included as part of the one-off price for the app?
Click to expand...

I suspect that would only happen if they moved from a 1.0 to a 2.0 release... all the updates for the past 5 years have been "point releases" so you've only had to pay once in all that time.
Reactions: MJB1833, dredlew and SigEp265
Comment

Is there a Figma/Sketch/XD app in the work at affinity ?
Comment

Unggoy Murderer said:
I really hope they come out with a proper Lightroom competitor - I'd move over to their software in a heartbeat if that became a reality. That, or if Affinity Photo's updated to support batch editing (similar to Photoshop Camera RAW), that would do it too.
Click to expand...

I’m not very savvy when it comes to photo editing programs, but if Lightroom is the same as Pixelmator Photo, then I know for a fact that has batch editing.
Comment

peneaux said:
Can somebody with experience with both Pixelmator Pro and Affinity tell me which one is best? I have the impression Pixelmator is more Mac-like and Affinity is a Photoshop clone. I hate Adobe btw.
Click to expand...

I use both in a professional capacity. I much prefer Affinity Photo over Pixelmator. I only keep Pixelmator around as I use some of its Automator actions in a daily workflow, and haven't found the time to set up Affinity Photo to do the job.
Reactions: amartinez1660
Comment
A

peneaux said:
Can somebody with experience with both Pixelmator Pro and Affinity tell me which one is best? I have the impression Pixelmator is more Mac-like and Affinity is a Photoshop clone. I hate Adobe btw.
Click to expand...

Just buy both. They are so damn cheap.
Reactions: BootLoxes, bruno7 and SigEp265
Comment
K

Landing said:
Is there a Figma/Sketch/XD app in the work at affinity ?
Click to expand...

It seems like for a while there, Serif was positioning Affinity Designer as their software for UI/UX work. I haven't seen this push from them quite as much lately.

I don't think they haven't stated specifically what they plan to tackle next, so I'd guess only those within the Affinity team would know.
Reactions: Landing
Comment

I love that Affinity are still keeping it old school

Suppose these people. To hell with Adobe.
Reactions: MJB1833, TropN, ZZ9pluralZalpha and 4 others
Comment

Unggoy Murderer said:
I really hope they come out with a proper Lightroom competitor - I'd move over to their software in a heartbeat if that became a reality. That, or if Affinity Photo's updated to support batch editing (similar to Photoshop Camera RAW), that would do it too.
Click to expand...

I'm using Affinity now. I found that Adobe's Bridge is free, and I use that now to cull through my photos and select the ones I want. Then I just drag them to Affinity (or right click and open with Affinity).

That helps, but it is still a clunky process to follow.

My biggest beef w/ Affinity is how slow it is on my older iMac. I suspect it is probably the age of the iMac, but it's definitely a lot slower than Lightroom.
Comment

We are in the process of publishing my wife's next book using Affinity Publisher. As her book is a how-to-art book, there are a ton of images and text describing what to do. We made custom template layouts for the various types of pages and especially the automatic numbering of images with custom layout/formatting which is impossible in Word. After that, it was all drag-and-drop with the images to get them auto-place and auto-sized.

We like using the software so much, we also going to publish second editions of her earlier books with the better layouts! We own all three software packages and I even bought their recently released Workbook of Publisher Ideas book to get more out of the system.

Glad this team is keeping up with new features.
Reactions: GregoriusM
Comment

This app is snappy and good quality but man it’s unintuitive in places and the interface is still far behind Photoshop. It’s great for indies but for teams working in Adobe workflows it’s impossible to switch.
Reactions: Supermacguy, MJB1833 and SigEp265
Comment
You must log in or register to reply here.
Share:
Facebook Twitter Reddit Email Share Link
Register on MacRumors! This sidebar will go away, and you'll see fewer ads.
Sign Up
Top Bottom