As live TV streaming services continue to increase prices and make viewers look toward lower-cost services, or return to cable altogether, Sony today announced that it's bowing out of the race completely. PlayStation Vue's servers will shut down for good on January 30, 2020, nearly 5 years after soft launching in March of 2015. 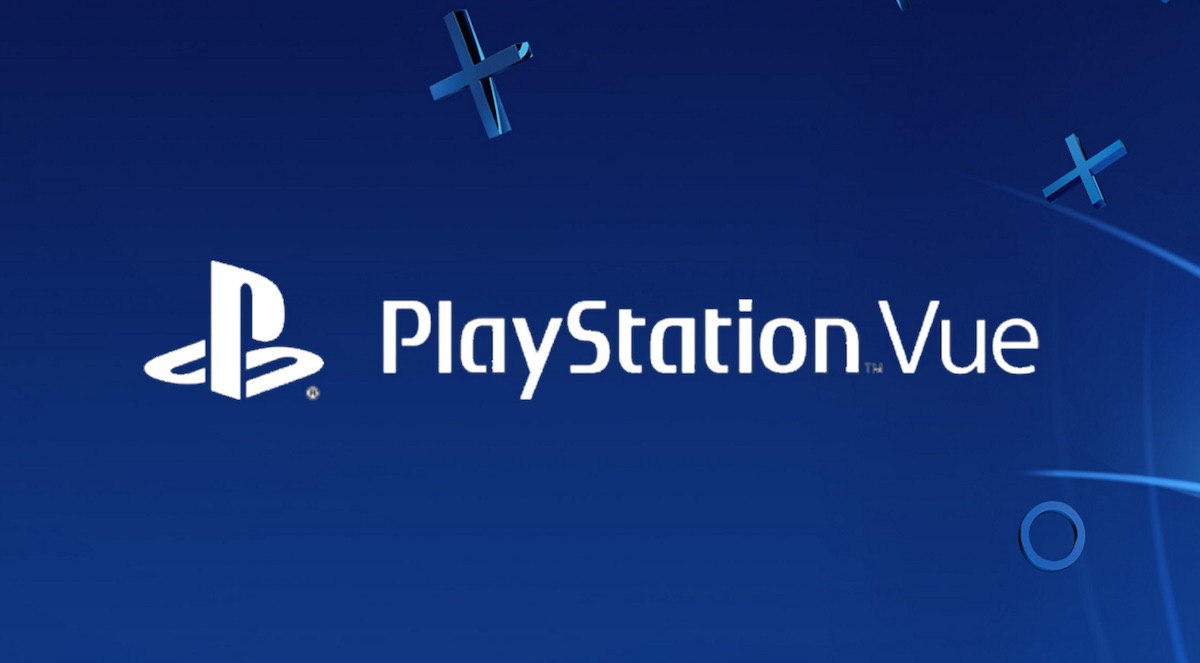 According to Sony's Deputy President of Sony Interactive Entertainment, John Kodera, the company has decided to "remain focused" on its core gaming business and step away from OTT streaming services. "Unfortunately, the highly competitive Pay TV industry, with expensive content and network deals, has been slower to change than we expected," said Kodera.

We are very proud of what PlayStation Vue was able to accomplish. We had ambitious goals for how our service could change how people watch TV, showcasing PlayStation's ability to innovate in a brand-new category within the Pay TV industry. We want to thank all of our customers, some of whom have been with us since PlayStation Vue's launch in 2015.
Click to expand...

PS4 owners will still be able to rent and purchase films and TV on the PlayStation Store, and the console will still support media apps like Netflix and Amazon Prime. The only thing going away is PlayStation Vue, which includes all of its connected apps, including those on iOS and tvOS.

In other live TV streaming news, AT&T this month announced that it would be increasing the price of its AT&T TV NOW grandfathered plans by $10 per month. Additionally, AT&T will increase the price of the new PLUS and MAX plan tiers by $15 per month, all starting on November 19, 2019 (via Cord Cutters News).

For the new tiers, this means that AT&T TV NOW will start at $65 per month for PLUS and increase to $85 per month for MAX. This is the second major price hike for the service in 2019, after another $10 per month increase back in March, when it was still called DirecTV Now.

We know: you didn't even know PlayStation Vue was a thing.
Reactions: u+ive, 480951, apolloa and 1 other person
Comment
E

They simply ask too much for their content. The quality isn’t there for 90% of what they create, but they’ve had a dominant market position for so long they don’t appreciate having to compete.

Well, the era of broadcast TV has ended. Instead of adapting, they think they can charge as much as other streaming services for their single channel’s worth of content. It’s going to be a hard wake up call when they realize that won’t work.

PS Vue, like all the other “cable, but streaming” platforms, struggled because networks couldn’t wrap their heads around the price/benefit ratio consumers give their content. They think they can go it alone, that they just need to put their stuff out there and people will eventually sign up, but what happens when they find out they were wrong? Where do they turn to sell their content? I’d be scared of this new world if I were them...
Reactions: u+ive, 480951, Ron21 and 5 others
Comment

Somehow, some way, Comcast is responsible for all of this.
Reactions: Jsfrederick, jwdsail, Ghost31 and 3 others
Comment
T

newtestleper said:
We know: you didn't even know PlayStation Vue was a thing.
Click to expand...

Not Surprising. I’m pretty satisfied with YouTube TV at the moment with the channel selection, DVR service, Pause/Rewind capability, Plus, I can stream anywhere with my iPads. Vue didn’t have enough notoriety and didn’t seem competitive enough.
Reactions: Givn2Fly13
Comment

Should be corrected to read: "In other live TV streaming news, ATT this month announced it would be further screwing customers over"
Reactions: Givn2Fly13, Jsfrederick, liberte1776 and 7 others
Comment

Relentless Power said:
Not Surprising. I’m pretty satisfied with YouTube TV at the moment with the channel selection, DVR service, Pause/Rewind capability, Plus, I can stream anywhere with my iPads. Vue didn’t have enough notoriety and didn’t seem competitive enough.
Click to expand...

We’ve been PS Vue subscribers for the a good portion of the past 3 years primarily because it was the first streaming service to offer that same functionality. I test drove YouTube TV for a couple months and while I liked much about it, PS Vue still offered additional channels we couldn’t get on YTTV. Bummed it’s ending.

Looks like I’ll be moving back to YTTV in a couple months.
Reactions: Surfer13134 and jwdsail
Comment

PS Vue was actually a pretty solid product - I always have preferred Sling to it though.

With Sony getting out of the race, maybe that means they will finally support a Sling app.
Reactions: tbayrgs, jwdsail and centauratlas
Comment

Networks are just digging their own graves.

Sports was probably the only thing that kept people from leaving entirely.
Reactions: Internet Enzyme, MadeTheSwitch, Wide opeN and 2 others
Comment
L

Having used both Sling and PS Vue, PS Vue was the best by far. Apple TV app supported 4 simultaneous streams. 60 FPS on every channel. And they had web streaming with 60 FPS long before anyone else did. 60fps makes a huge difference in quality for sports. I don’t know what I’ll do but we’ll have to figure out who has the regional sports channels I need.
Reactions: liberte1776, neander, iMerik and 4 others
Comment

I never used it, but PS Vue seemed to offer some nice features and channels, while staying competitively priced.

Or just use services without live TV.
Reactions: Dj64Mk7 and CarlJ
Comment

Crap. This is terrible news. I preferred their DVR to pretty much everyone else out there (You can skip commercials)

Anyone out here in MR-land have any recommendations for a lost Vue soul?
Reactions: liberte1776, Surfer13134 and jwdsail
Comment

with the amount of subscribers jumping from att tv now... they might be next.
Reactions: Wide opeN
Comment
M

cylack said:
Should be corrected to read: "In other live TV streaming news, ATT this month announced it would be further screwing customers over"
Click to expand...

From what I've read they tried to find a buyer but no one really stepped forward. I can't say that I'm surprised. The market is flooded and they're not the only streaming service struggling
Comment

This was the best streaming service for my needs. We cut the cord on cable TV and switched to Vue back in June. It wasn't without its quirks, but it worked well enough for live news, sports and a handful of network shows we watch.

For me, it's the only streaming service that includes the Longhorn Network, which is part of my fall college football viewing.

I'm hoping it'll get bought up for pennies on the dollar now that it's been end-of-lifed..otherwise I'll take a fresh look at Hulu, YouTube and whatever nonsense AT&T is running with toward the end of the year.
Reactions: Surfer13134 and jwdsail
Comment

This latest hike from AT&T will definitely give me pause, and make me evaluate my current options.

We're rapidly approaching the ala carte system that everyone has dreamed of for years. However, it'll be min-bundles of channels (networks) and not individual channel selection.

Give me NFL Network, and ESPN in a mini-bundle and I'd HAPPILY discontinue my service with AT&T TV Now.
Comment
2

Sucks for their customers. But schedule TV format is dying... the next generation, like my 10yr old, are growing up watching Netflix, Prime etc. They have no idea what it is like to wait for a specific day/time to see the next episode of their favorite shows. PS Vue and other OTT providers were trying to drag traditional tv providers out of the dark ages. But they are so entrenched, they will stay there and die.
Reactions: liberte1776, neander and Michael Scrip
Comment

I think there was news of PS Vue shutting down for a year or two now. PS Vue was the very first live streaming service I signed up for when my wife and I cut the cord 2+ years ago. I'm with Hulu w/ Live TV now, but I still found Vue to be the most stable out of the live TV streaming services I tried (AT&T TV Now, YT TV and Hulu).

I’d switch to YouTube TV immediately — even if it meant a price increase — if I could get all the channels that I have on my grandfathered “Go Big” plan with AT&T Now. I want one streaming service that gives me all the channels I want. Right now, the only service that can do that is AT&T Now, unfortunately. AT&T seemingly doesn’t intend to make any marked improvements to AT&T TV Now, which is really unfortunate since the DVR experience is absolutely awful.
Comment

Really disappointed in this news.

I'd been a Vue user for about two years, and had found it to be the best option for my 75+yo parents when they wanted to cut the cord. I helped them test every service available for a month, Vue was the one they liked best, that also had everything they wanted (except for PBS). Vue + TabloTV w/ an attic antenna had been the perfect solution for both of them for about 15 months now.

Now, I get to spend the holidays helping them switch and learn a new service, likely one they've already said was "crap".

As for me, I can't stand Sling, don't care to give Google/YouTubeTV my data, and no one else has the stations I want. So, the money that had been going to Vue will likely end up going toward going to local short tracks and watching racing in person, and hotel money to travel and compete in a few additional SCCA events next year.