Sphero, known for its line of robotic balls and droids, today launched the $50 Sphero Mini, the company's most affordable toy yet.

Sphero Mini measures in at about 1.25 inches, making it similar in size to a ping pong ball. It's essentially a tiny version of the original Sphero robotic ball, and it's controlled the same way -- through an app on your iPhone.


The Sphero Mini connects to an iPhone using Bluetooth and can be used for playing games, learning to code, playing with pets, and more, thanks to a built-in gyroscope, accelerometer, and LED light.

Sphero has designed a series of games that use the Mini as a controller mechanism, and with a future update, it will be programmable using the Sphero Edu app. Unique to the Mini is a Face Drive app feature that lets it be controlled via head movements and facial expressions.

Sphero Mini can glow in millions of colors with the LED lights, and it has a range of 10 meters. The battery in the Sphero Mini lasts for 45 minutes before needing to be recharged, and charging takes an hour. There are also interchangeable shells in a range of colors that can be purchased for the Mini, as well as a pins and cones accessory pack.

Sphero Mini can be purchased from the Sphero website for $49.99.

If your dog eats it, can you still control it all the way through?
Reactions: MvdM, jonnysods, Soulman and 13 others
D

They got balls to show adults playing with these things
Reactions: Stiltz99 and Col4bin

That promo video was 45 seconds too long.
Reactions: NMBob
N

And one minute too annoying
Reactions: RowellE

Closer to its value.

Cool, but I would probably get tired of it pretty quick.

Should get the Sphero Mini for my ex-wife. She loves playing with balls. (I’ll see myself out now.)

The long winter nights will simply fly by! 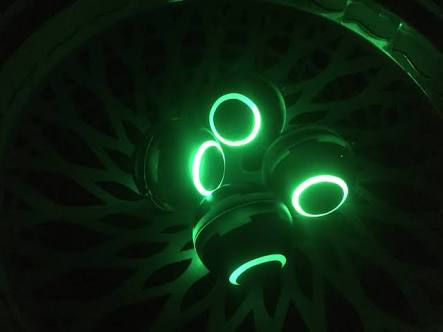 One step closer in real life to get seeker mine of the division. Seeker mine looks way cooler tho.

This might help my putting stats.... ️
Reactions: Starfyre

If the weight is equivalent to a golf ball... if not they need a Sphero Golf Ball.

Still waiting for a more sophisticated version of BB8. Maybe like the actual BB8 from the movie.
N

Looks like it makes you sit around a lot.
P

They do say you can sell anything that claims to improve a golfer's score.

"Reduce your score by 1 stroke a year for just $999.99!" would see queues reminiscent of a iPhone launch a few years ago.
P

My cat is gonna love this
Reactions: GrumpyMom

Just reminds me that I wanted to purchase R2-D2 some time ago.
Reactions: GrumpyMom

Now they need to take this and combine it with AR!
Reactions: GrumpyMom

My Sphero was fun for about 15 minutes.