Sprint today announced that it has acquired a 33 percent stake in Jay Z's music streaming service Tidal, which the carrier said will soon give its customers "unlimited access to exclusive artist content not available anywhere else." Under the deal, artists partnering with Tidal will create music only available to new and existing Sprint customers.

As part of the deal, Sprint's chief executive officer Marcelo Claure will also join Tidal's board of directors. The carrier mentioned that Tidal will continue to function as normal, and Jay Z will remain in charge of the streaming service's artists and music content. In a statement, Jay Z said that Sprint understands and shares Tidal's goal of creating a dynamic and revolutionary addition to the streaming music service industry. 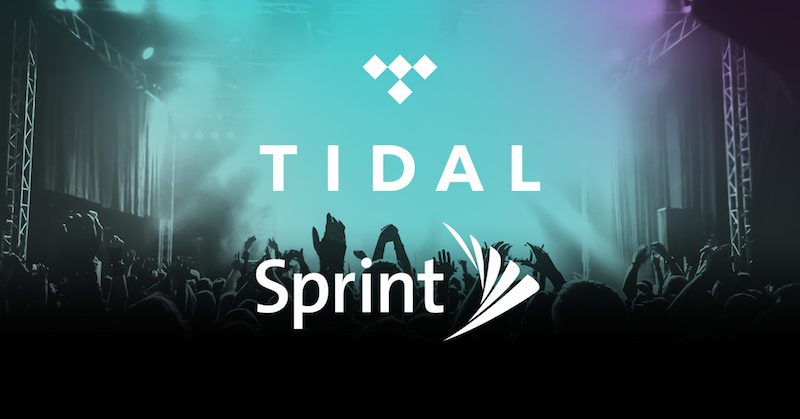 "Sprint shares our view of revolutionizing the creative industry to allow artists to connect directly with their fans and reach their fullest, shared potential," said JAY Z. "Marcelo understood our goal right away and together we are excited to bring Sprint's 45 million customers an unmatched entertainment experience."
Click to expand...

Artists under Tidal will gain access to a dedicated marketing fund provided by Sprint, which the carrier says "will allow artists the flexibility to create and share their work with and for their fans." Further information about the Sprint/Tidal partnership will be coming soon.

Apple was thought to be interested in acquiring Tidal last summer in an effort to further boost Apple Music, but the company eventually denied those reports with Apple Music executive Jimmy Iovine saying "we're not looking to acquire any streaming services." Apple Music and Tidal have been competitors since their launch, each promoting exclusive artist deals with a rivalry that Kanye West said is negatively affecting the music industry as a whole.

So Sprint had to cut costs everywhere to stop the bleeding, yet they spend cash on a music service with a doubtful future? Hmm, ok.
Reactions: lewismayell, Killa Aaron, Oblivious.Robot and 6 others
Comment
B

It's these blunt shopping ridicul that makes me think the bubble burst 2.0 will be coming soon.
Reactions: Alessiot
Comment

Dumbest partnership ever. And unfortunately. It's tidals artists that will lose out in this one.
Comment

This is double exclusive. Tidal AND sprint customers only. Just when I didn't think it could get any worse.
Reactions: lewismayell, MaximizedAction and dominiongamma
Comment
D

b0nd18t said:
This is double exclusive. Tidal AND sprint customers only. Just when I didn't think it could get any worse.
Click to expand...

Two awful companies, where did sprint get the money for this? They should have used it into more towers instead.
Reactions: samden
Comment

I don't really see any mention of whether or not Sprint customers will automatically receive access to Tidal as a perk, which could make some sense as a value-add. Many people are paying $10 a month for a music service, and they all have cell phone plans, so being able to say "switch to Sprint and we have these promos, and you'll also save the money you were paying for a music service" would be appealing to a lot of people.
Reactions: ronntaylor and Borin
Comment

As exclusives become more exclusive, the music industry overall weakens. I'm sure there are a small minority that are profiting over the short term, but long term this type of exclusivity, apple music included, is just bad for music.
Reactions: Strutten, ohio.emt, camomac and 3 others
Comment

"JAY Z bought Tidal for $58 million and Sprint just gave him 200 million for 1/3 of it. Now it's worth 600 million."
Reactions: ronntaylor
Comment

Kanye must have tweeted Sprint.

In all seriousness though, Tidal isn't in a healthy spot, unless Sprint has a secret plan to turn this into a massive subscriber surge (with either outfit) that $200MM will evaporate quickly. Depending on how the deal was structured it may have been a great day for Jay-Z though.
Comment

Not sure about this deal... However, I'm not going to count it out, nor Sprint in general. While I was on their unlimited plan for a few years, their network was making improvements in leaps and bounds. It seemed much better than T-Mo at the time (I'm on Verizon now). They are backed by SoftBank (Japanese) which is in the same ballpark as Verizon in terms of revenue and has more than a few major investments in the USA.

I'm interested to see if they can make a big comeback in the wireless industry. Lord knows we could always use more quality competition.
Comment

I feel like if I were an artist being told to make some exclusive content that's only available to Sprint customers, I'd choose to make some parodies or something that just makes fun of people who use Sprint.
Last edited: Jan 23, 2017
Reactions: navaira
Comment
L

All the big telecom companies are scared of becoming nothing but "dumb tubes", so they're buying whatever content they can.

All the major telecom companies in Canada have been up to it for a while.
Comment

I enjoy tidal and using the hifi 20$/10$ student woo. This just really is pushing me t perhaps Apple Music or if someone can suggest a better one.

Should have put that $200 Million for Network Capex instead.

$200 Million could have upgraded a lot of towers.

Does Tidal really think having the backing of the worst wireless carrier out of the big 4 is going to help them? I think they only did this so Sprint can bundle a Tidal subscription with a phone plan so Tidal can keep inflating their subscriber base.
Comment

Sprint is the Tidal of phone networks, so it's a perfect match.
Reactions: ohio.emt, trainwrecka, butterburger cookybutter and 4 others
Comment

What's the thought process here? Do they think people will jump carriers to Sprint to listen to Kanye for free?
Comment

Mmmmmm, think of all those dollar bills that could've gone towards improving their garbage network.
Comment

Does Sprint even operate in Europe?

Rocketman said:
Not in the article but from a tweet.