Sprint today announced that they would begin throttling customers who used more than 23 GB of data during their billing cycle, regardless of whether they had unlimited data plans or not. The move, according to Sprint Chief Technology Officer Dr. John Saw, is to provide a better customer experience for the majority of their users.

The 23GB threshold is typical in the industry and other carriers have already implemented a similar practice. We agree this is a smart approach towards making sure a small number of customers don't adversely impact the experience for others. Today approximately three percent of our postpaid subscribers are using overwhelmingly disproportionate network resources. Our goal with QoS is to prevent some portion of that three percent going forward from negatively impacting the other 97 percent of customers.
Click to expand...

The carrier notes that 23 GB of data would allow a user to send 6,000 emails with attachments, view 1,500 web pages, post 600 photos to social media, stream 60 hours of music and stream 50 hours of video. Sprint also says that number is "far more" than most of its customers use in a typical billing cycle.

The change will affect those who choose an unlimited data handset plan after October 16 or to Sprint customers who choose to upgrade their devices on or after October 16. Those who go over 23 GB will see their data prioritized below other customers, which means they will encounter slower data speeds, but only in times and locations where the network is constrained.

This summer, T-Mobile also decided to update their plans to throttle customers. However, T-Mobile's soft data cap is 21 GB, slightly less than Sprint's choice. T-Mobile also announced that it would restrict customers who abused data tethering, saying some of its customers use up to 2,000 GB a month.

Article Link: Sprint Will Start Throttling Customers That Use More Than 23 GB a Month

It's insane how much data people use every month... My usage never tops 500 MB
Reactions: CadenZ15, mattopotamus, thewap and 2 others
Comment
A

as if sprint couldn't be any slower.
Reactions: whooleytoo, RevTEG, Jamalien and 16 others
Comment
F 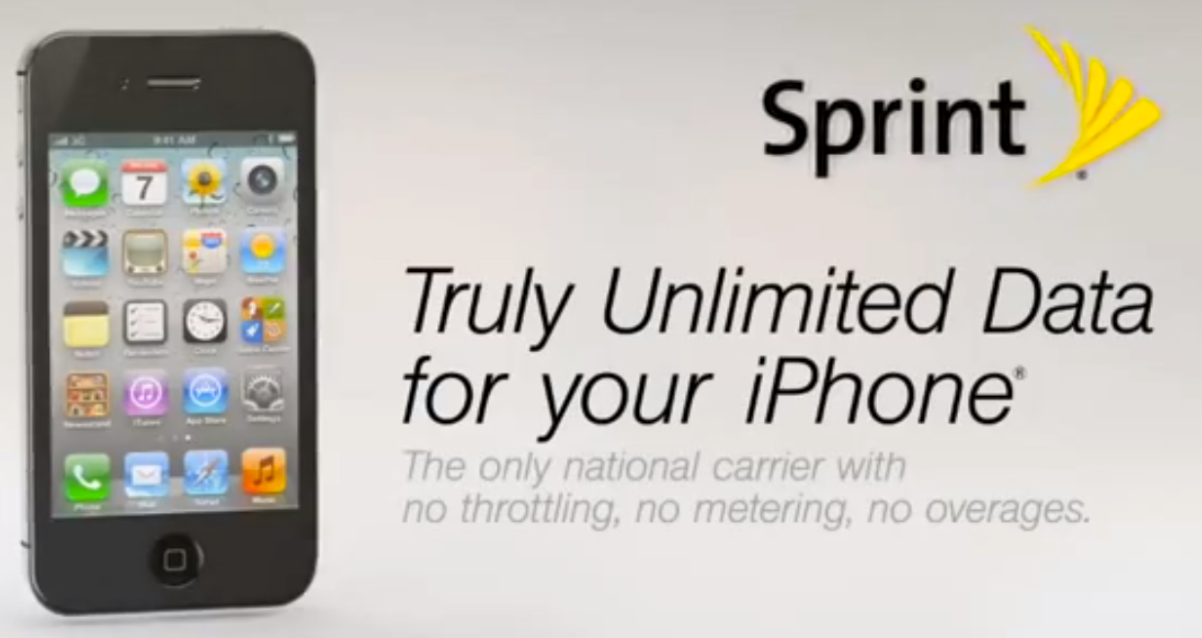 If you can actually use more than 23GB on that network you deserve a trophy not to be throttled.
Reactions: tuna9720, Bawstun, HansumKingtut and 35 others
Comment

Is this only in congested area (assuming you can even tell a difference on Sprint) like the other 3?
Comment

These companies should be fined or sued or both for continually lying about what customers are really getting. Just about every one of these guys has been caught lying with regard to "unlimited" plans. If it's not 100% unlimited, you shouldn't be allowed to call it that, period.
Reactions: HansumKingtut, jweinraub, RevTEG and 26 others
Comment

It's funny how carriers get mad when people use, well, unlimited amounts of their unlimited data plans... never will understand that one.
Reactions: einmusiker, RevTEG, richhh and 23 others
Comment

Yeah! How dare Sprint go back on a 4 (or more) year old ad!
Reactions: Gasu E., thewebb, JoeMacDe and 8 others
Comment

Well a lot of people like to stream their music in lossless quality. I listen to a lot of concerts and a 16k flac file is at least 1gb. It adds up.
Reactions: JoeMacDe and Aston441
Comment
F 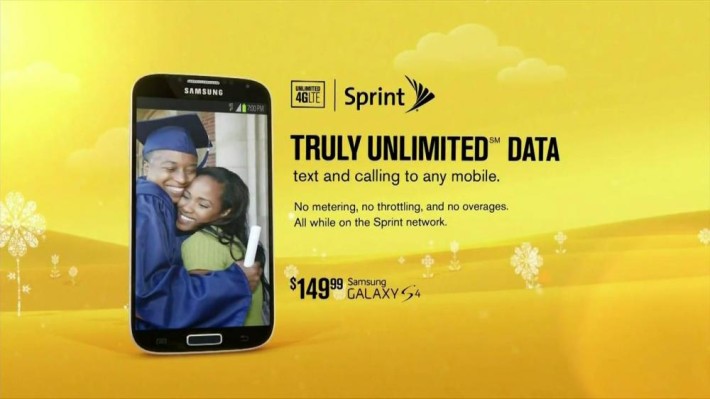 It's not as if smartphones didn't exist back then. This isn't quite the same as the other carriers who had unlimited data plans going back in the WAP days.
Reactions: ad5ll
Comment

It basically said this is for accounts with changes after today.

If they were smart, they'd rename their accounts to "unlim" and make it clear that at 23GB they lower you in the priority queue...

Although they are still using the word unlimited (with no asterisk) as of today...

LOL I couldn't get 23GB of usage on Sprint if I tried. Between the shoddy coverage and God-awful speeds, I can hardly reach 3GB. And that's purposely not using WiFi.
Reactions: wilhub, B4U and Aston441
Comment

It basically said this is for accounts with changes after today.

If they were smart, they'd rename their accounts to "unlim" and make it clear that at 23GB they lower you in the priority queue...

chill Gary.
was simply making a point that it wasn't just 4 (or more) years ago from when they said no throttling.
Reactions: Pillar and kiopoptr877
Comment

farewelwilliams said:
chill Gary.
was simply making a point that it wasn't just 4 (or more) years ago from when they said no throttling.
Click to expand...

(I just decided to quote you since you were more recent than the other guy,
I'm not sure the point of pulling old ads when you could pull current marketing...)

My wife goes through about 60 to 80 gigs a month. Her work has her going around pulling plans, updating spreadsheets, putting together permit/inspection packets and she just streams Netflix/Hulu all day while getting her work done. I can go up to about 20 gigs on a super heavy month streaming redzone and watching my NFL games on Verizon.
Comment
B

I'd probably use a lot of Sprint data if the network coverage was good enough to be useful. I know it depends on where you are, but it shouldn't..
Reactions: Ladyc0524 and tyasjs
Comment

Stop whining about customer experience and start upgrading your network. Why is this so hard for US networks?
Reactions: tyasjs and B4U
Comment

At first I was wondering how come 23GB can only upload 600 photos or view 1500 web pages. But then I realized this:

The Sprint network can handle 23GB for a user? I thought that was combined.