'Steve Jobs' Movie Pulled From Over 2,000 Theaters After Flopping at Box Office

The new Steve Jobs film faced another disappointing box office performance this past weekend, with the Danny Boyle-directed movie dropping more than 69 percent in profit from the previous weekend to a $823,000 weekend gross. Most surprising, however, is the movie's removal from 2,072 theaters across the country in one single weekend, after initially premiering in 2,411 just over three weeks ago (via Cult of Mac). 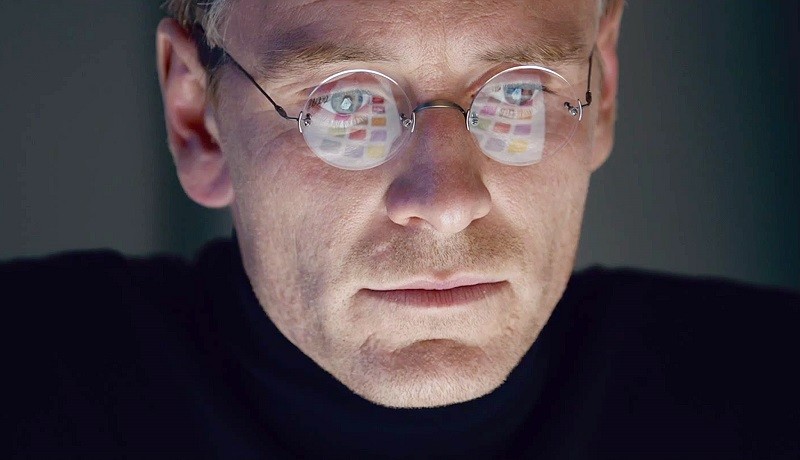 When the film was in limited release and preparing to go wide on October 23, the projections for its debut box office weekend were between $15 and $19 million. According to Box Office Mojo, to date, the overall lifetime gross of Steve Jobs is just hitting the projections for its opening weekend: $16,684,073. In the two weeks the movie was in a limited run in Los Angeles and New York, it displayed impressive numbers, earning the fifteenth spot as the highest grossing per-theater average film in movie history.

Unfortunately, when Steve Jobs debuted wide, it earned only the 7th spot at the weekend box office with about a $7.3 million take in its first three days. The disappointment of the film's performance is in direct contradiction to a bevy of positive reviews, even ones that hinted at Oscar nominations for Michael Fassbender and Kate Winslet over a month before the movie released.

Currently, Steve Jobs sits at 85 percent on the review aggregator site Rotten Tomatoes, with a total of 156 positive reviews to 27 negative. With the holiday movie season kicking into gear after a slow October at the box office, it seems that Universal has ditched its initial plan of a word-of-mouth build-up for the movie. If Oscar talk continues for its stars, there's a possibility it could return to a few more theaters closer to the awards show.

Can't say I'm surprised. I never understood who the target market for this movie was.
Reactions: attila, andy89, AleXXXa and 39 others

James Bond killed it
Reactions: AleXXXa, notrack, roadbloc and 10 others

We all still remember Steve Jobs and it's becoming clear this film is a complete misrepresentation of his life story. While I think they captured the character Steve Jobs, the glaring inaccuracies really hurt the reviews.
Reactions: attila, AleXXXa, phillytim and 7 others
A

DVD? Try Netflix.
I'm not sure what the big fuzz is all about, to me this is mostly overrated. The only time I have seen any news about this movie is on macrumors. And personally I have no desire to watch this movie...
Reactions: AleXXXa, winston1236, V.K. and 12 others
D

They greatly overestimated the interest in a Steve Jobs movie. Which is too bad because it was a really good movie.
Reactions: WBRacing, 3568358, Jacque and 5 others

Oh, so they are pissed their little plan didn't work. So bitter! They are already losing money...may as well let it stay in theaters until New Years at least.
Reactions: AleXXXa and 3568358
I

Harsh. I never got around to seeing the movie although it looked really good.

I think the public is too inundated with Steve Jobs movies that it doesn't feel it needs to see another one, even if it's a compelling dramatization, not a boring documentary.
Reactions: glowdragon, Dingster101 and bchreng

This was a main=stream propaganda "bone", paying a few precious people to keep them busy between other projects.

This film was slammed together quickly and shoved out without care. It's a series of corridors, through Jobs' life, with people yelling at each other about things most audiences don't hold significant. Much hope was heaped on this, but it had all the hallmarks of flop.
Reactions: 3568358

I enjoyed the movie, even with all of its inaccuracies. But perhaps the public was simply burned out on Jobs, with two other recent movies on the subject. I assume this will put a stop to anyone else who was considering making a story about him ... except of course for the upcoming opera.
Reactions: V.K., appledefenceforce, Sea Bass and 5 others
C

Would think a movie like this would have very little interest outside tech circles. Appears to have been the case.
Reactions: V.K., SDRLS, Sea Bass and 5 others

I won't watch it because people who knew Steve think that it's not good and doesn't do him justice.
Reactions: ErikGrim, AleXXXa, Mylokaye and 5 others

Movie studios need to get back into seeing things long term, with digital projection it shouldn't be that much more to keep the movie in cinemas. I guess I'm just annoyed because this no doubt will have a negative affect on the New Zealand release and will likely have a limited at best screening.
Reactions: orbital~debris
R

Too long after his death, inaccuracies, and while Fassbender is a fantastic actor he looks nothing like Steve Jobs. Add these together and you get a movie that has no mass audience appeal.
Reactions: GrumpyMom, xotigu, Sea Bass and 1 other person

Fabian90 said:
I won't watch it because people who knew Steve think that it's not good and doesn't do him justice.
Click to expand...

Those people didn't actually see the movie, Tim Cook criticised it until he got a screening of the film and then immediately shut up about it.
Reactions: WBRacing, 3568358, SDRLS and 7 others

I liked the movie.

Personally, I think they screwed up with the limited release. It got all the press on the limited release opening, and most places (like Phoenix, where I was on vacation, or HNL, where I live) you could not see the movie for another two weeks. By the time they went wide with it, it lost all its opening press momentum.
Reactions: facepalm:O, 3568358, realeric and 6 others

I get the feeling there won't be many Oscar or Golden Globe nods for this flop of a movie.
Reactions: AleXXXa
D

Craigwilliam said:
Those people didn't actually see the movie, Tim Cook criticised it until he got a screening of the film and then immediately shut up about it.
Click to expand...

Fabian90 said:
I won't watch it because people who knew Steve think that it's not good and doesn't do him justice.
Click to expand...

Or you could think for yourself.
Reactions: AleXXXa, WBRacing, Steve121178 and 29 others

I actually enjoyed the movie, even though the subject was a totally fictionalized version of Jobs. The acting was good. It's an intelligent work of fiction.
Reactions: ginkobiloba, jimthing, imanidiot and 2 others

levitynyc said:
Can't say I'm surprised. I never understood who the target market for this movie was.
Click to expand...

The biggest problem was how they rolled out the film. Lots of people had heard about it many weeks ago, and wanted to see it, but it wasn't at their local theatre. Then when it finally was, the hype had already died. What a screw up, it was a good movie.
Reactions: facepalm:O, sevarre, vampyr and 18 others
You must log in or register to reply here.
Share:
Facebook Twitter Reddit Email Link
Register on MacRumors! This sidebar will go away, and you'll see fewer ads.
Sign Up
Top Bottom