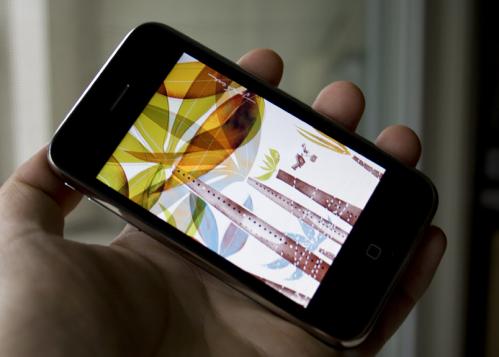 The early reviews for the iPhone 3G S are in and the conclusions seem pretty common across the board. As advertised, the new iPhone 3G S offers a faster experience, better camera, and impressive video recording. All reviewers felt that the upgrade from 3G was more evolutionary than revolutionary and the core phone remains very much the same as the existing 3G.

Here are a summary of key impressions from the early reviews that have hit the web.

Walt Mossberg / AllThingsD
- Speed: "the new model proved dramatically snappier in every way than my iPhone 3G. "
- Battery: "the new model did much better [than the iPhone 3G], never hitting the red zone and rarely requiring interim charging at the office or in the car, even though, because I was testing it, I was pounding it much harder than usual"
- Camera: "didnt think the pictures it took were dramatically better than those on the old model"
- Conclusion: "Both the new iPhone and iPhone OS are packed with features that make a great product even better. But, for many users, the software may be enough of a boost to keep them from buying the new model."

Sun Times / Andy Ihnatko
- Speed: "Everything feels faster. Safari on the iPhone 3G S seems as interactive as a desktop browser."
- Gaming: "Gaming has been kicked up a notch; intensive 3D games are elevated from 'Wow, thats a great frame rate for a phone!' to simply 'Wow.'"
- Battery: "The 3G S has enough juice for a full day of normal use, but if youre going to rely on it heavily throughout the day its still best to have an external battery."
- Video: "The video quality is impressively smooth and natural given the source, and the sound quality is practically astonishing"
- Voice: "Voice control is a tough feature to successfully pull off on any device. No, the iPhone doesnt pull it off."
- Flickr set of photos taken with the iPhone 3G S.

Engadget
- Game Performance: "If you're an avid gamer looking for the device with more power, the difference will be crystal clear: the 3G S obviously flexes in this department."
- Olephobic screen: - "The most surprising thing about the tech is that it actually does what the company says it will: namely, it resists new smudges and wipes almost entirely clean with a single swipe on a pant leg."
- Camera: "We do have some complaints about exposure, which seems to be permanently cranked to "blinding," and while the shutter speed is faster than on the 3G, it's still not quite snappy enough for our taste."
- Video: "Video recording on the iPhone 3G S is really quite impressive"
- Compass: "Once the compass picks up your bearing, it rotates the map to reflect. This may not sound like much, but if you've ever tried to walk a new city using just maps and geolocation, you'll understand quickly. "
- Conclusion: "For current users, we have this to say: the iPhone 3G S is a solid spec bump to a phone you already own... but it is, at its core, a phone you already own. "

Gizmodo
- Olephobic coating: "Surprisingly, the coating actually works in preventing a good deal of fingerprints and face grease, and it allows the phone to still be smooth and usable even if there are fingerprints on the surface."
- Speed: " Safari, Email, Camera all load noticeably faster than on the iPhone 3G (both running 3.0 software). Even booting the phone takes about half the time. "
- Video: "Even if it's not quite 30FPS at all times, the video is smooth as hell. Recording still isn't great in low light since it's a physical limitation of cameras in general, but at least it's fluid."
- 7.2Mbpz data speed: "on average the 3GS scored about 50% higher than the 3G, occasionally, in individual runs, it could have ranged anywhere from twice as fast to about the same speeds."
- Battery: "What's also surprising about the 3GS is that you wouldn't expect battery life to be improved, but it is."
- Conclusion: "The only issue with the iPhone 3GS, if you already have the 3G, is that it's not all that different of an experience." ... "as a whole, the iPhone 3GS is the best all-around smartphone available"

Overall, these aren't the raves that I was anticipating. Maybe people should try out the new software on their existing 3Gs before making the leap?
I

Well those reviews make me happy I upgraded. I watched the videos on gizmodo and the speed difference is significant.

This just makes me look forward to the next model next summer.
L

I think this summarizes the new iPhone pretty well:

So avid love Apple people who have 3G's will buy it at full price, 2G owners will finally upgrade to the 3G world, and the planet will be a little happier.

My question is, the statement says that it's testing an average of 50% faster internet speeds...I thought the 7.2 speed wasn't going to roll out until later this year from ATT, or are we just seeing the phone itself process and display faster off regular 3G?

Speed, performance, features.... This is the one to get.

Any ideas on pricing outside the States? Like in India, perhaps?

If you keep doing that, you'll always be looking to the next model next summer (for an iPhone) or the next September (for an iPod)
J

Sounds like I'll be VERY pleased on my upgrade from an old EDGE only iPhone.

So avid love Apple people who have 3G's will buy it at full price, 2G owners will finally upgrade to the 3G world, and the planet will be a little happier.

My question is, the statement says that it's testing an average of 50% faster internet speeds...I thought the 7.2 speed wasn't going to roll out until later this year from ATT, or are we just seeing the phone itself process and display faster off regular 3G?
Click to expand...

I´m not sure, but isn´t Gizmodo a German site? Anyway, they probably tested it outside the US on a 7,2mbit 3g net.

Sounds like I'll be happy with upgrading to the iPhone 3G S from a 2 year old LG Chocolate.

Think of all of us upgrading from 1st gen iPhones. This is going to be a huge leap in speed for us. People become so jaded so quickly.
D

I'll be getting that one too after using the 3G S for a year.
M

So glad I waited

This will be a awesome upgrade for all 2g iPhone users, myself included! Can't wait until Friday
D

No word from the reviews on how much storage the video takes? I did some math and estimated about 27MB/min, but wanted to see how close I was. Guess I have to wait till Friday.
B

""Visually impaired people can use Apple's Voice Over to navigate the handset's menus and type messages and e-mails. "

Does that mean I can dictate a text message?!?! Man, I've been wanting that ever since I started texting - texting while driving is horribly dangerous but being able to dictate it would awesome!

EDIT: Nevermind - it just helps you enter text, why they haven't expanded voice control to voice to text is far beyond me...

Out of the lot of them I would trust Engadget's review most. It seems pretty clear:

If you've not got one, get it. If you've got a 3G don't bust your contract.

If AT&T will let you upgrade again! Sounds like they probably will bend again on leting iPhoners upgrade, eh?

Well, I think I'm just going to end up sticking with my 3g and just wait.
T

can't wait for ifixit or somebody to tear it apart!

let me see some flash and blood babbbyy!

Cooorectumundoooo . . . Just hearing what was to come, I could already ascertain, that the only things that would really mean much to those who already had the 3G, would be the minor speed bump and battery life. Current 3G'ers get most of the important stuff from the 3.0 firmware release. I had a feeling that most of the big stuff would need tweaking anyway. For example video editing will need a bump in the future, maybe a couple of times with software upgrades. As of now, one can not truly completely edit. Voice recognition was just another add-on, but needs refining from what I suspected and from what I have read so far and I wondered how the camera could truly be improved without creating a larger iphone. From the reviews, it seems I was on point. The 3G takes great pictures for a phone, I have no clue why people complain about it. In any event, I think those with the iphone 3G should hang tight.

I'll be looking forward to picking one up. Hopefully Rogers plans in Canada are decent.
J

This post misses the 3G S review from David Pogue, by far the best tech reviewer out there.

What I want to hear from Walt is whether or not an original iPhone running OS 3.0 should be upgraded to an iPhone 3GS or should I wait one more year.

I don't NEED 3G speed, happy with EDGE and the fact that I always manage to find a free WiFi spot while traveling. GPS... nice but I bought my wife the 3G a few months back and we never travel apart from each other so I can always use hers.

Come on reviewers.... I don't think the real question for users is whether or not they should upgrade from the iPhone 3G to the iPhone 3GS, but it should be for those of us on the first gen phone. If you have a 3G it should be really painfully clear that it is the same phone in essence.
You must log in or register to reply here.
Share:
Facebook Twitter Reddit Email Share Link
Register on MacRumors! This sidebar will go away, and you'll see fewer ads.
Sign Up
Top Bottom