Svalt, known for making a line of cooling docks and stands for Apple's Macs, today launched two new dock options, the D1 Pro II and the D2 Pro II, which are aimed at professionals who work on their Macs in clamshell mode. 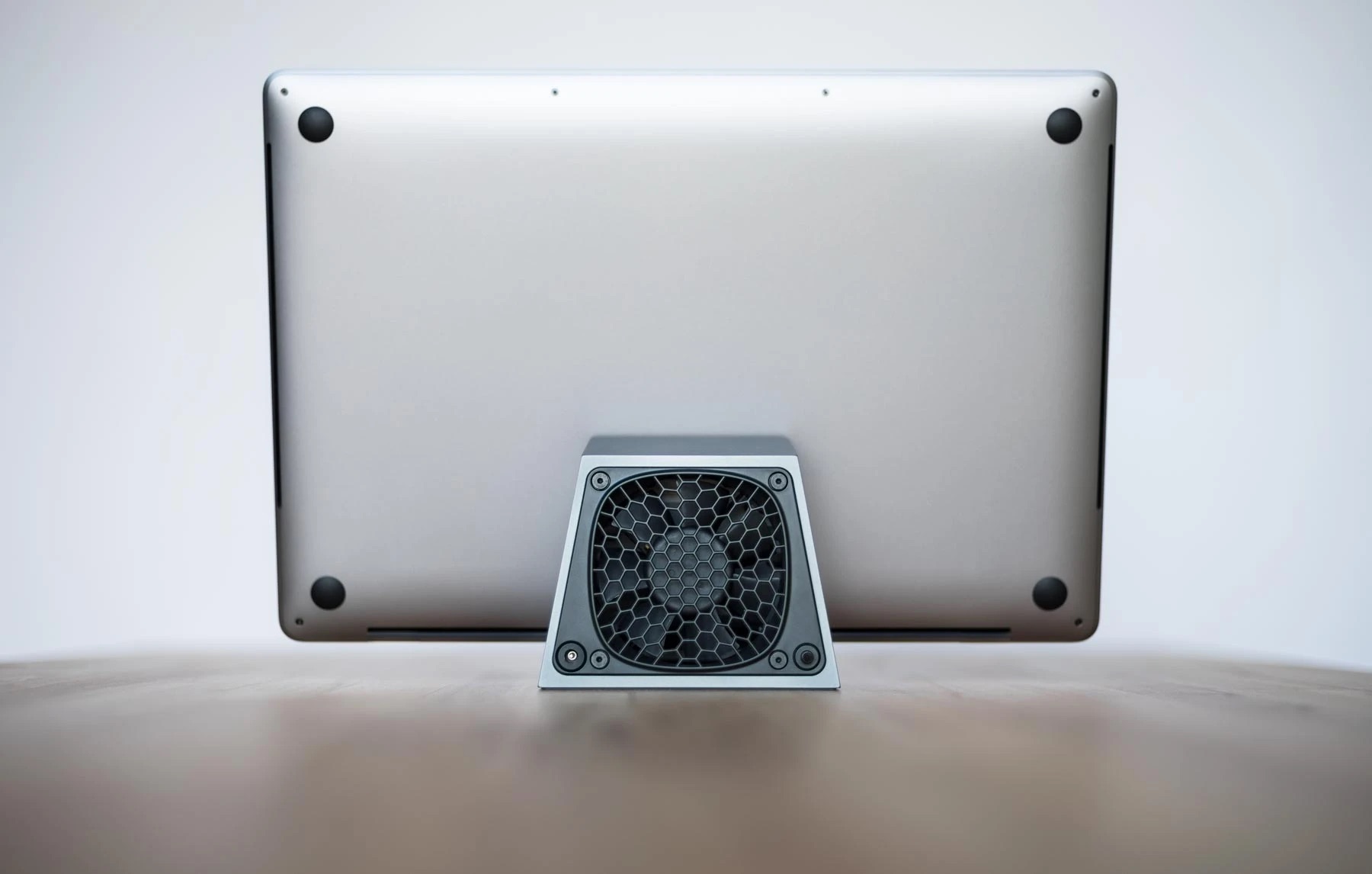 Svalt's cooling docks are meant to reclaim performance potential from heat limited closed-screen laptop workstations, with both of the new options offering active cooling and universal support for all of Apple's notebooks, including the most recent 16-inch model.

Both the D2 Pro II and the D1 Pro II use both active and passive cooling. There's a 1.8 pound aluminum heat sink to absorb heat along with 10 side vents that push cool air onto the laptop where the processor is located and to the sides of the enclosure.

The docks are powered by a 12-volt fan, with the D2 offering a programmable speed control that's able to adjust fan speed between 0 and 4200RPM over the course of the workday. There are also three auto modes to work with, including a Turbo mode for instant cooling. The D1 offers a single-speed fan at approximately 1700RPM. 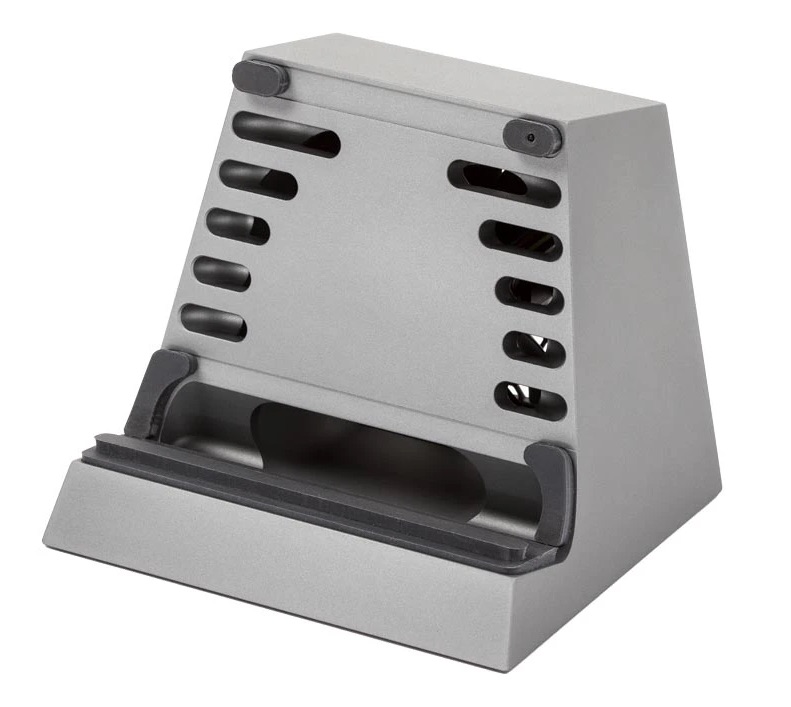 With the D2 Pro II, Svalt claims that its low-workload testing with a 16-inch MacBook Pro indicated that GPU processor temperatures decreased by up to 67 percent to cut down on laptop fan usage and keep the system stable. Svalt says that high-workload testing suggested that the D2 Pro II was able to increase CPU processor power by up to 59 percent by reducing heat throttling.

Design wise, the aluminum D2 Pro II and D1 Pro II are compact with a leaning construction that supports a wide range of laptop thicknesses. There's a padded cradle for the laptop that also accommodates cables, and an optional laptop retention pad to lock it in place.

You don't need this.

GPU processor temperatures decreased by up to 67 percent. Increased CPU processor power by up to 59 percent. Sounds great, but those are some big claims.
Reactions: Precursor, Zammir and happyhippo1337
Comment
H

it’s completely useless marketing speak and I’m baffled to see it made its way on to the front page without any sort of comment from the Macrumors-team.
Reactions: Big Alsie, MarkIII, MHenr and 7 others
Comment

This can't actually be that effective, right?
I mean I know when I feel hot, I always turn the fan on in the other room and point it at the wall.
Reactions: threesixty360
Comment

Is there a cost efficient AliExpress alternative of this? 😅
Reactions: AAPLGeek, jimthing, AE_stc and 1 other person
Comment
P

Looks like a stupid cash grab designed to fleece people who get scared from forum posts saying their laptop "runs too hot" without any empirical evidence or engineering knowledge.
Reactions: martyjmclean, jimthing and Rocko99991
Comment

itsmilo said:
Is there a cost efficient AliExpress alternative of this? 😅
Click to expand... 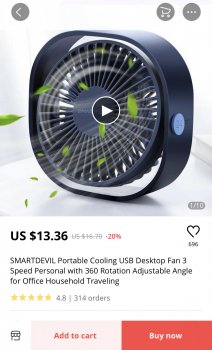 I mean this sounds great to me even if the benefits are exaggerated by the company but the comments so far are saying not worth it. This is probably a non-factor anyway when we have Apple silicon in Macbook Pros.
Comment

dragoon2745 said:
I mean this sounds great to me even if the benefits are exaggerated by the company but the comments so far are saying not worth it. This is probably a non-factor anyway when we have Apple silicon in Macbook Pros.
Click to expand...

The thermal envelope of the device is already established, why short it when you can instead increase power to meet it?
Comment
Z

farewelwilliams said:
You need don't this.

I've already got a fan for my MBP in my office, thanks.

I'm trying to visualize how you would use this thing. Maybe if you're driving a secondary monitor, I don't know. My 2017 MacBook Pro runs hot sometimes, so I just shut down whatever video or website that's causing the issue. The whole 'turbo-boost' design ensures that it will throttle down to compensate. Not crazy about how thin the MacBook Pro is but whatever.
Comment
M

So here's a question about that design and their claims about its efficacy:

The MBP, unless I'm very mistaken, sucks cool air in from the sides, and exhausts hot air out the back along the hinge. This stand clearly has the MBP oriented with that exhaust pointed downward, which keeps the Apple logo right-side-up, but is the worst possible orientation from a cooling perspective.

So while those cooling improvement percentages seem ridiculously high for a fan this small, it seems like you might well get a bigger "improvement" than you would think by doing some forced cooling, but only because you're basically defeating the rest of the cooling by not putting it vertically (like a Brydge/Henge dock) or upside-down.

Essentially, even if it works, this fan is fixing a problem that it is mostly causing itself.

Also, $220 seems absurdly expensive for a small chunk of aluminum and a small fixed-speed fan. Again, the Brydge docks have about 5 times as much raw material, are also nicely designed, have TB passthrough ports, and a fancy docking mechanism, and they cost significantly less. TwelveSouth's pretty no-electronics stands are like $60.
Reactions: justperry, jimthing and macsound1
Comment
1

Professionally used a MacBook Pro recently? Fan is always on at full speed. Besides, we know that Apple have intentionally crippled their notebooks by using a broken fan design with no heat pipes for years. Those numbers sound plausible.
Reactions: darkslide29
Comment

To be fair it solves improves on a problem that very definitely exists so even if the difference is reasonably close to their claims it would be a useful option.

I am kind of hoping that the change to AS will mean it is not really needed soon.
Comment

or you could just put the laptop in a stand with the exhaust facing up. ya know, since heat rises and all.
Reactions: Makosuke
Comment
S

I've been using my 2018 MacBook Pro 15-inch at work daily for almost 2 years. It's TB3 docked with the lid closed, upright with a stand. It's powering dual 4K monitors.

I'm not really pushing it hard, just using web and some productivity software, but rarely hear the fans. I might hear them if one of my applications is using an unusual amount of CPU, I am momentarily watching a 4K video with Chrome, or perhaps compressing a video.

Seems like it might help in certain cases where people need to constantly be pushing the CPU. For the price though, would just assume get one of those generic PC coolers that are USB powered, lay the laptop flat rather than upright -- price is far too high for a fan attached to a stand!!

Cooling docks never work. Just another BS product to swindle people out of their money. Unless it provides real air conditioning then it's just another fan with a heatsink. Don't waste your money on this nonsense.
Reactions: verpeiler
Comment
M

Could they have made it not ugly?
Comment
M

123 said:
...we know that Apple have intentionally crippled their notebooks by using a broken fan design with no heat pipes for years...
Click to expand... 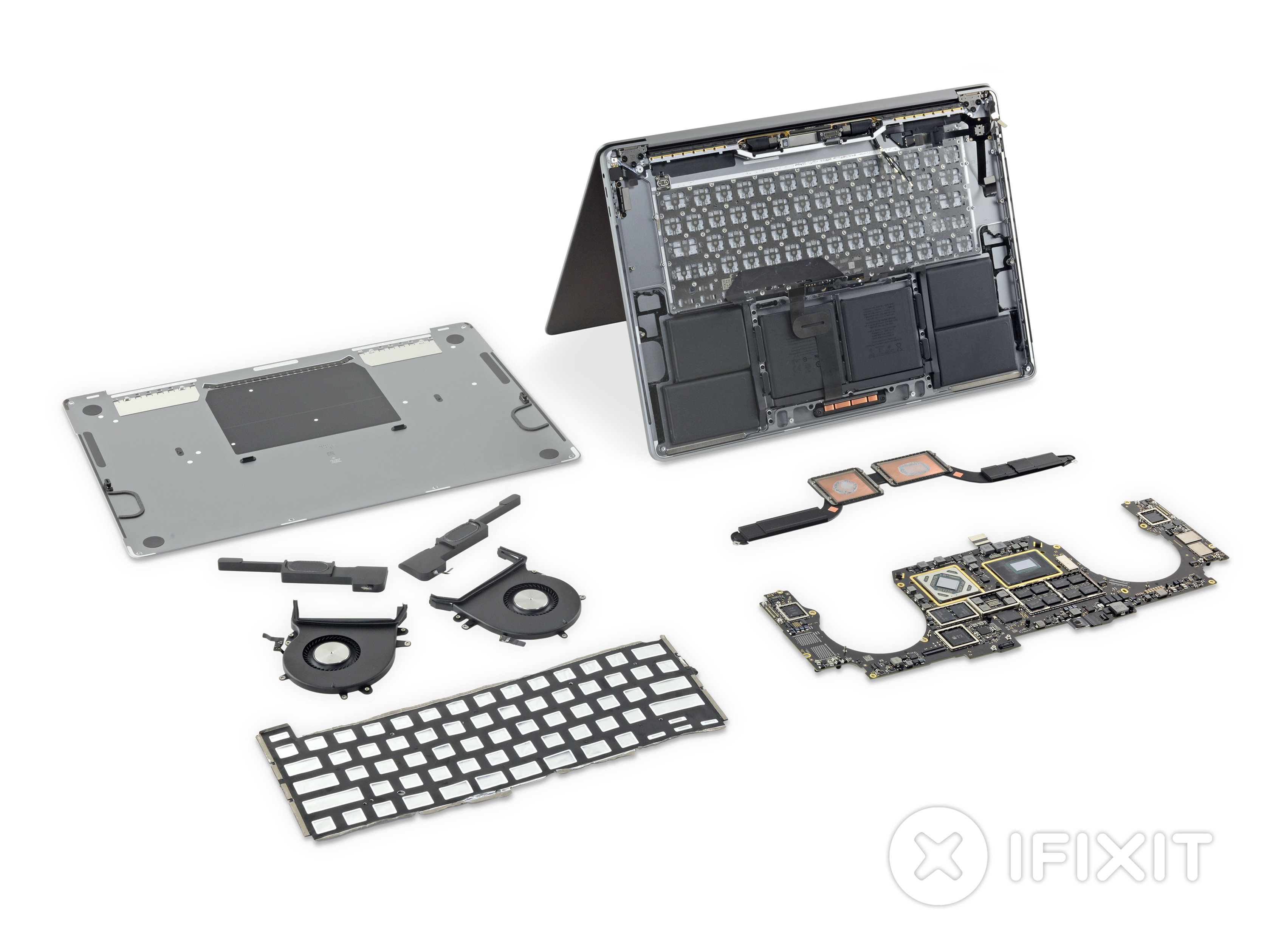 An iFixit teardown of the 2019 MacBook Pro 16'' in which we investigate the new Magic Keyboard, the redesigned speakers and the new thermal design.