As her world tour promoting the 2014 album "1989" came to an end this month, singer Taylor Swift took to twitter to announce an upcoming collaboration between herself and Apple Music in the form of a new concert film called "The 1989 World Tour LIVE." The backstage film will be published exclusively on Apple Music on December 20.


The Apple Music exclusive documentary was filmed on one leg of Swift's world tour, at the ANZ Stadium in Sydney, Austrailia on November 28, 2015. The film will include the singer's entire performance from the Sydney show with surprise musical and celebrity guest stars and "never before seen footage filmed backstage." The singer was known for surprising fans with big-name cameos during the 1989 World Tour, and the Sydney show was no different, including artists like Alanis Morissette, Steven Tyler, and Wiz Khalifa.

Swift and Apple Music had an initially rocky relationship, beginning with the announcement of Apple Music's three-month free trial, which would have seen artists go unpaid for the trial period while users streamed their songs an unlimited amount of times without paying them anything. Swift wrote down her opinion on the matter in an open letter to Apple, subsequently inspiring the Cupertino company to reverse course on the decision and ultimately bringing 1989 to the streaming service over the summer.

With today's announcement of a full feature behind-the-scenes documentary appearing exclusively on Apple Music, and the release of 1989 on the service in June, it seems the previous drama between the singer and Apple is water under the bridge. Fans will be able to watch the film beginning next Sunday on Apple Music, using an iPhone, iPad, iPod touch, Mac, PC, or Apple TV. Those who want to get a sneak peek can tune into Beats 1 at 9 AM PST tomorrow morning for a discussion between Swift and Zane Lowe regarding the creation of the new movie.

Well it's not like anyone thought Apple listened to Swift out of kindness... it was just a matter of time before we saw this kind of headline involving exclusive deals.
Reactions: attila and AleXXXa

Was there any drama in the first place?! I doubt so! It's called a publicity stunt!
Reactions: Mums

Man they are kissing her ass!
Reactions: AleXXXa, springsup, g33k and 2 others

madKIR said:
Was there any drama in the first place?! I doubt so! It's called a publicity stunt!
Click to expand...

Apple was originally not going to pay artists for the Apple music 3 month free trial. Apple wants Samsung to pay for rounded corners but Taylor Swift wanting to get paid is some made up drama?
Reactions: JamesPDX, xp0z3d and rbrian

Thanks for the warning!
I will Swiftly avoid watching in kind.
Reactions: Lesser Evets, Mums, AleXXXa and 3 others
R

madKIR said:
Was there any drama in the first place?! I doubt so! It's called a publicity stunt!
Click to expand...

The entire thing was a setup. Mentioned that from the initial pretend battle she had with Apple Music streaming a while back. This is how Iovine rolls.
Reactions: attila and madKIR

It's all making sense now. 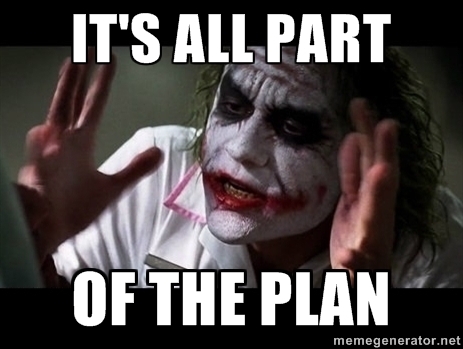 Reactions: attila, Mums, naeS1Sean and 3 others

HD_Shooter said:
Man they are kissing her ass!
Click to expand...

That's what's left to kiss, because art as concept does not really belong to her work.

Now I can sleep at night!
J

I convinced now it was a set up from the beginning.

Keep your friends close and your enemies closer?

Top-Selling music really has no... Anything, when it comes to the quality of music.

All of this "boo-hoo," political correctness crap.

Let's get some REAL music in promotion, not crap that has looped pop-melodies that have been around or reworked for decades.
Reactions: macsba and BruceEBonus

Color me shocked that her 'open letter to apple' was PR stunt they were both in on.
Reactions: springsup and naeS1Sean
R

And this is what causes piracy.
Reactions: Shanley and naeS1Sean
E

So, Apple chooses to promote this, but I can't find any info on whether Apple Music will get the soundtrack to The Force Awakens next week or if I'll have to shell out $12 for it. If it's not on Apple Music, what's the point of the service anyway?
Reactions: seventhedition
M

Exile714 said:
So, Apple chooses to promote this, but I can't find any info on whether Apple Music will get the soundtrack to The Force Awakens next week or if I'll have to shell out $12 for it. If it's not on Apple Music, what's the point of the service anyway?
Click to expand...

The 30 million other songs that you can listen to?
Reactions: xwk88, RowellE and LizKat

And so it begins. In the next five years, you'll have to have Spotify, Google Play, Apple Music, and a couple of other services we don't even know about yet if you want to be able to find all your music.

If you think this is irrelevant because you're not a Taylor Swift fan, you're missing the point. This isn't about the artist, it's about music availability. And in that regard, it's a bad day for all of us.
Reactions: seventhedition, springsup, Benjamin Frost and 1 other person

Ugh. Sign her as your ambassador already. Geez.
Reactions: naeS1Sean

Is she any good or is it just auto tuned type of music?
I guess I must be old lol
Reactions: Benjamin Frost

*Revels in smug satisfaction at my Apple Music subscription*

*Remembers I don't give a **** about Taylor Swift*