The End of an Era: What Was Your Favorite iPod?

Apple today announced the official discontinuation of the iPod touch, the last remaining device in the iPod lineup. The sunsetting of the iPod touch marks the end of a 21-year era, that all started with the 2001 iPod.


Subscribe to the MacRumors YouTube channel for more videos.​
Over the years, Apple introduced multiple iterations of the iPod, including iPod mini, multiple versions of the iPod nano, the iPod shuffle, and the iPod touch. We want to hear from you - what was your favorite iPod? Let us know in the comments below, and share your iPod photos with us.

Apple said that it is discontinuing the iPod because the iPod's capabilities have been built into the entire Apple product lineup, from the Mac to the iPhone to the Apple Watch.

Apple plans to continue selling the iPod touch on its website and in retail stores while supplies remain, but once it sells out, it will be gone for good. The iPod touch is priced starting at $199.

Article Link: The End of an Era: What Was Your Favorite iPod? 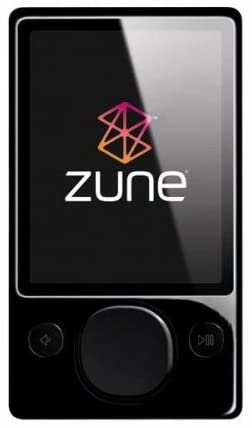 The classic 6th Gen iPod was my favorite, up to 160 GB storage. 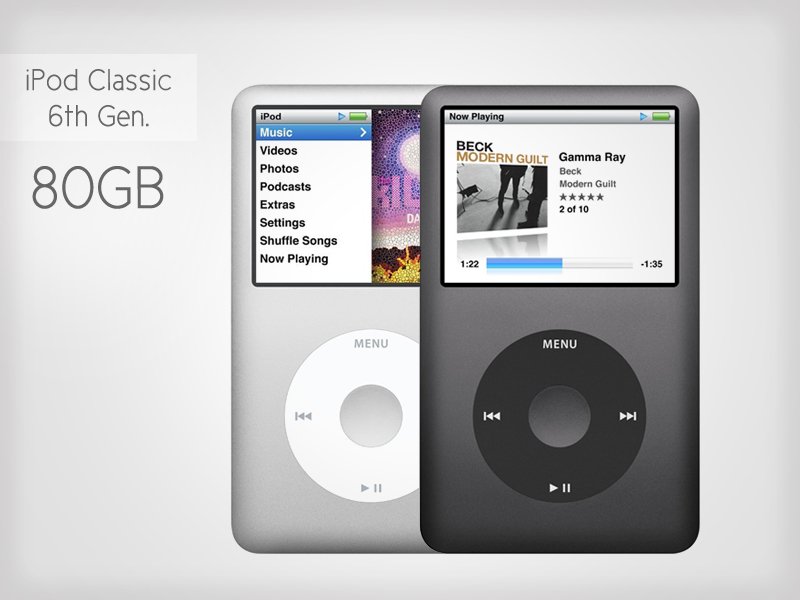 I have a soft spot for the OG because that was the device that got me interested in Apple as more than a computer maker.

I’d used Macs from ‘99 up to that point, but the iPod was such a cool product that I became invested in their industrial design. It’s hard to imagine now, but that first device was like a piece of art compared to other portable music players.

That was the turning point for me where they were no longer just the words ‘education’ and ‘creative’, and a company that made computers “that guy” (There was always someone like me…) would use; they were a lifestyle brand.
Reactions: ZZ9pluralZalpha, AxiomaticRubric, james2538 and 12 others
B

I find the design/aesthetic of the 4th gen iPod classic to be my platonic ideal/favorite, but the 5.5 gen is probably "the best" iPod.
Reactions: bobscliff, ZZ9pluralZalpha, JPSaltzman and 2 others
R

The first nano, tiny, colour screen, plenty of storage.
Loved the original shuffle too.
Reactions: windowsblowsass, koolmagicguy, and 1989 others and 1 other person

My favorite iPod was the nano, specifically, the 4th and the 5th gen iPod nano. 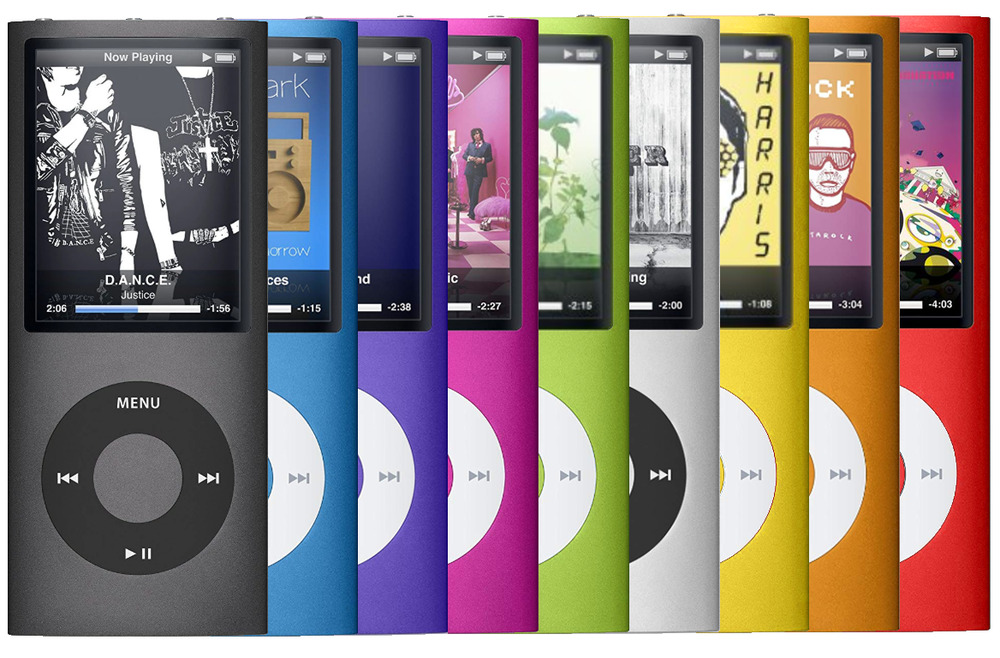 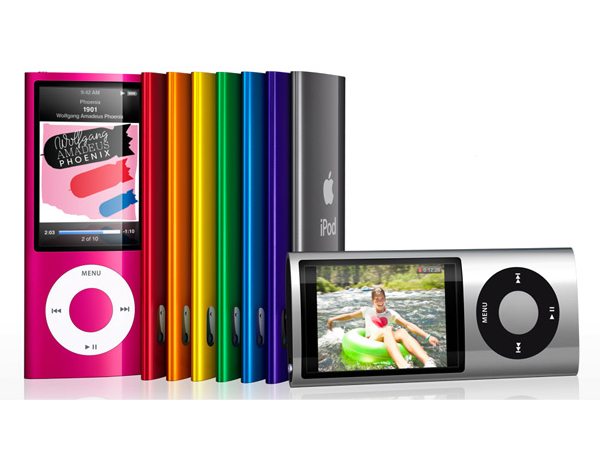 I think the mini was my favorite. The video iPod classic was cool, but battery life was very short and screen was too small to enjoy, and I had some issues I had to bring it to apple for.
C

Models with the Click Wheel, starting with the 2004 models, were magical.

You have to give Apple credit for discontinuing a product that many other companies would continue to sell just to keep the market filled with revenue-generating products.
Reactions: MacLC, GirlinCali, ZZ9pluralZalpha and 6 others

My first iPod was the 4th generation. I loved it, it's now a fridge magnet
Reactions: Digger148, Redsep and rafark
S

I liked when they gave them away free as a student back to school promo
Reactions: bobscliff, mr_007, ZZ9pluralZalpha and 7 others
M

Am I the only one getting kind of anxious by seeing your camera laying there with no lens or lens cap on, exposing the sensor for all sorts of stuff? 😰
Reactions: Lamdus

iPod Nano (First Generation).
The first Apple device I owned and I was so impressed, I eventually went Apple for everything else.
Reactions: Redsep, philosoraptor1, panther quest and 5 others 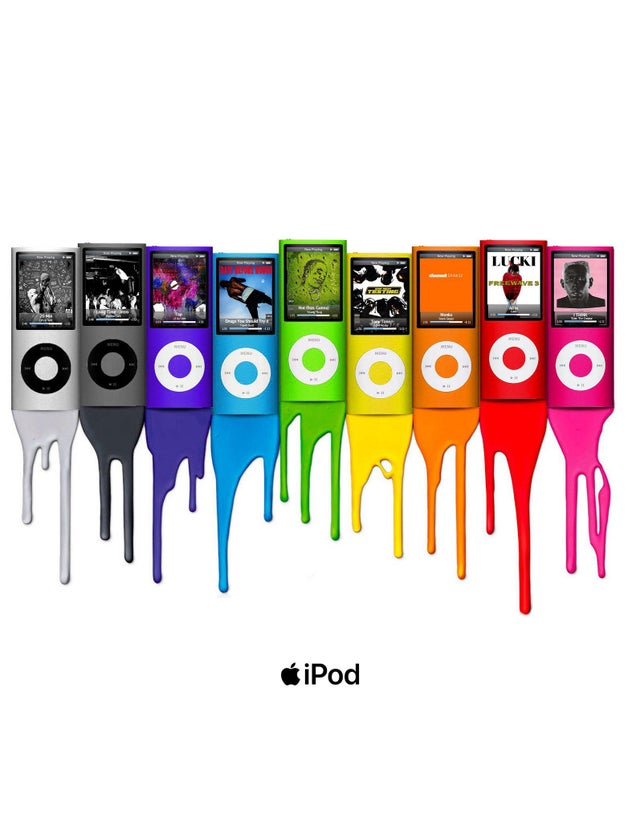 The third gen. I loved the backlit red buttons and the fact they were capacitive
Reactions: bobscliff, mcnuggetswithcheese, russellelly and 8 others
S

My first was the iPod 5th Gen so that one will always be my favorite. I still have a working 6th gen somewhere too.
Reactions: TheSynchronizer, SirKeldon, sorgo and 1 other person

The 6th gen iPod Nano. That's the founding father of the Apple Watch.
I still remember clearly Steve said in the stage that one of his VP strapped it onto his wrist, making it like a watch and after that, the strap accessories boomed like crazy.
Would ended up looking a bit funny tho listening to music with your earphone cord dangling from your ear to your wrist.

OTOH, I ended up buying a silver 4th gen Shuffle and later sold it with virtually no depreciation after using it daily for 3 months.
Reactions: SFjohn, Populus and Kuckuckstein

The first video iPod with a click wheel was magical to me.

For me was the 1st generation. Still solid to this day. I had to replace the battery once. I do enjoy the scrolling clicks. Amazing device.
Reactions: Scoot65, Huck, kurtfoster and 2 others
N

iPod nano 1 black. My first one of many. And a beauty it was!
Reactions: philosoraptor1 and sorgo
D

I have the 7th Generation iPod Nano and use it everyday especially when outside working in the yard. I love it.

It's been a zombie device for awhile, but this is still the end of an era. Thank you for all of the easily accessible and transportable music before the iPhone. RIP.
Reactions: pianophile, britsky, jchap and 5 others

iPod Classic 6th. Beautiful proportions, nice and weighty in the hand, the polished silver shell and the anodised aluminium front plate with the gentle chamfer around the edges, a colour screen! and the smooth white plastic click wheel so pleasant to use and alluringly tactile to the fingertips...
Reactions: GirlinCali, ZZ9pluralZalpha, steve333 and 6 others
You must log in or register to reply here.
Share:
Facebook Twitter Reddit Email Share Link
Register on MacRumors! This sidebar will go away, and you'll see fewer ads.
Sign Up
Top Bottom