@Doq you could always try running set-defaults, reset-nvram, or reset-all in Open Firmware to get rid of Yaboot.
Reactions: Doq
Comment

I figured it out. I had to boot into a livecd and delete the 10MiB volume that contained the Yaboot boot contents (disk0s2 for me).

This bit might be useful to have in the OP. I can't add it myself because I don't have the permissions to.
Reactions: dextructor
Comment

no don’t read my status message

The situation I’m facing is right in the starting gate with PowerBook2,2 (the Rev. C iBook G3) and being unable to successfully reach yaboot.

After reading this entire thread and returning back to the top to follow the wiki installation guide painstakingly closely, the path I chose was to try the Debian 10.0 (Buster) netinstall ISO — opting not to try a Sid build just yet, since that would take me astray of the above how-to (and installing linux isn’t really in my wheelhouse of experience). I copied the ISO to different media.

As for yaboot boot attempts:

The first method, the “C” OF command when booting from a disc, skipped the disc entirely and usual OS X boot took over.

The second method, to “Opt” to see all bootable systems (whether using the burnt disc, the internal partition, or the USB drive), displayed an option for a generic linux boot (i.e., a tiny penguin). When selecting the Linux boot, the screen flashed rapidly, displaying a tiny block of text, followed by a return to the same “Opt” boot-select screen — though this time the screen appears visibly garbled.

The third method was go into OF and try booting from the above three media sources (using, respectively, the boot cd; boot hd; and boot ud, commands, appropriate for the above media sources — followed by their appropriate path info, i.e., “boot ud:,\install\yaboot”, etc.). With all three, I verified that OF’s date was set to today.

With each of the three media sources, the screen flashes briefly to what looks like yaboot taking over, displaying the same tiny block of text, as with the above, but for maybe a split second longer, followed by the 🚫 sign.

As with the above, the boot fails. You can view this in the attached a 10sec clip at the end.

By filming this (booting from the USB drive), I was also able to pull a frame from the moment the block of text appears. The text are parameters such as block size. No obvious errors, though. 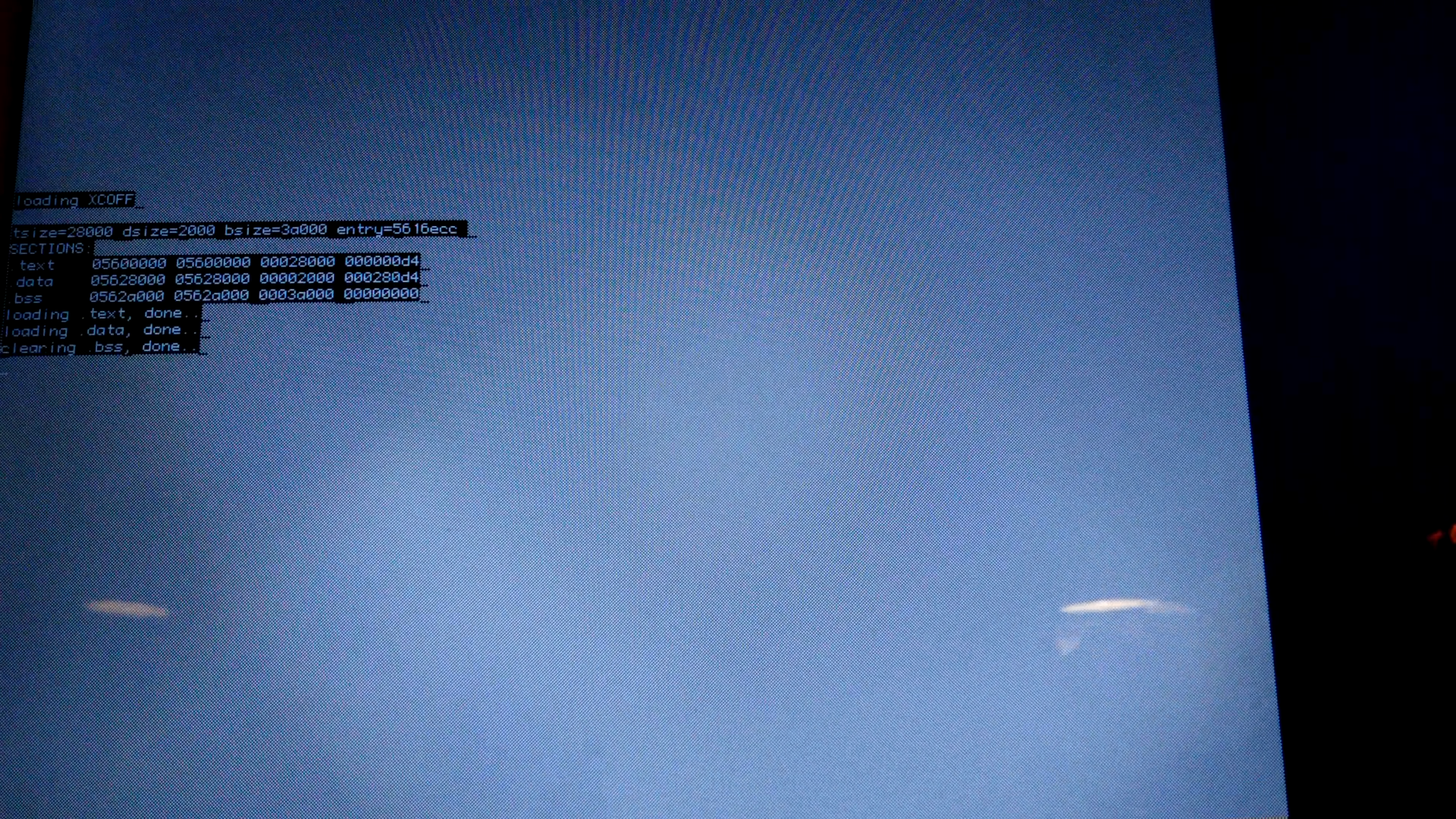 After all this, I tried the same (though this time, just to the USB flash drive) with the 8.11 (Jessie) netinstall ISO and the same thing occurs.

As it appears no one in this thread has documented trying the debian netinstall on a PowerBook2,2, I don’t expect anyone to have a clear idea of what’s not working here, unless their Mac did the same thing.

It is no use to install current stable release of Deb, because I personally didn't found any repos with packages. Better to install unstable from the beginning & add working repos after installation (beware of upgrade grub2 higher that 2.02, btw). To boot installer from USB & OF console - try to remap devalias of cd to your usb path. First, determine, did your PB mapped USB flash to somethinf like ud, ud1, or nowhere at all (this case requires a longer path in devalias command ). For example, mine PMG5Quad quite always maps usb from middle back port to ud, of path like /ht/usb@b/@b/disk@1 (not remember correctly, that' just example). Try dome commands like dev usb2 ls & so on, until you find soome of port, with path like /disk@1. Next step - remap cd to your usb flash port, this can be done devalias (dorry, did I mention that earlier? ).
devalias cd /ht/pic@8/usb@b/@@b/disk@1 (something like this, as for me it is beeter to start from /ht than from usb). If all goes well - you'll see ok in console. Next step - try to browse for files at this drive. Try this: dir cd:,\. If this works - you'll see a directory structure with files. If not - then recheck devalias command for correct path. And finally - last comand, quite obvious. boot cd:,\\:tbxi . That how I personally boot come usb-flash drives for installation deveral linux distros at PMG5Q . There can be other problem - even if the flash drive started, the debian itself could not contain necessary kernel modules (this was the case, why I couldn't install Deb from FireWire dvd drive - no firewire modules in installer kernel). Well, just try & pls reply here (& attach screens in case something goes wrong).
Comment

no don’t read my status message

Tratkazir_the_1st said:
It is no use to install current stable release of Deb, because I personally didn't found any repos with packages. Better to install unstable from the beginning & add working repos after installation (beware of upgrade grub2 higher that 2.02, btw).
Click to expand...

For sake of simplicity, I avoided the Sid because it is not covered in this thread’s wiki how-to for installation. Working with non-Darwin-based systems is not really something I have much experience with. That said, I may look into the Sid installation.


To boot installer from USB & OF console - try to remap devalias of cd to your usb path. First, determine, did your PB mapped USB flash to somethinf like ud, ud1, or nowhere at all (this case requires a longer path in devalias command ).
Click to expand...

After posting the above, I decided to test the yaboot bundled with Lubuntu remix, installed on the same USB flash drive, just to see whether OF would recognize yaboot and load it. Fortunately, it did, which means there may be a compatibility conflict between the PowerBook2,2 (iBook G3 clamshell SE, Rev. C) and the yaboot bundled with the debian netinstall.

I haven’t yet tried to install Lubuntu remix because I wanted to try a debian build first, but at least I know the version of yaboot on it does work with my system. My worry was that no yaboot would work with the PowerBook2,2, which would have compelled me to look elsewhere for help.

One I try the Sid netinstall, I’ll report back with what happens.
Comment

Few tricks I've learned with OF console (m.b. faster in some cases, than pressing default keys?..) (As I understood, this is already built-in scripts; at least all this works at g5Quad).
Switch from Target mode to Boot picker. Power on, press T. When FW logo appears - press CTRL-Z. Picture will pause & you'll see OF command prompt, type multi-boot & Enter .
Again, If you want to re-enable Target mode - CTRL-Z, target-mode, Enter. (It is obvious, main trick here is CTRL-Z). Of cause, you can type mac-boot, or reset-all of shut-down, too .
Reactions: Amethyst1 and B S Magnet
Comment
You must log in or register to reply here.
Share:
Facebook Twitter Reddit Email Share Link
Register on MacRumors! This sidebar will go away, and you'll see fewer ads.
Sign Up
Top Bottom