The smaller companies are aiming to provide evidence that the tech giants have become too big and have practices in place that stifle competition and hurt sales. Tile in particular is gunning for Apple, claiming that Apple's iOS 13 Bluetooth and location tracking devices have hurt its business, and that Find My resembles Tile's own service. 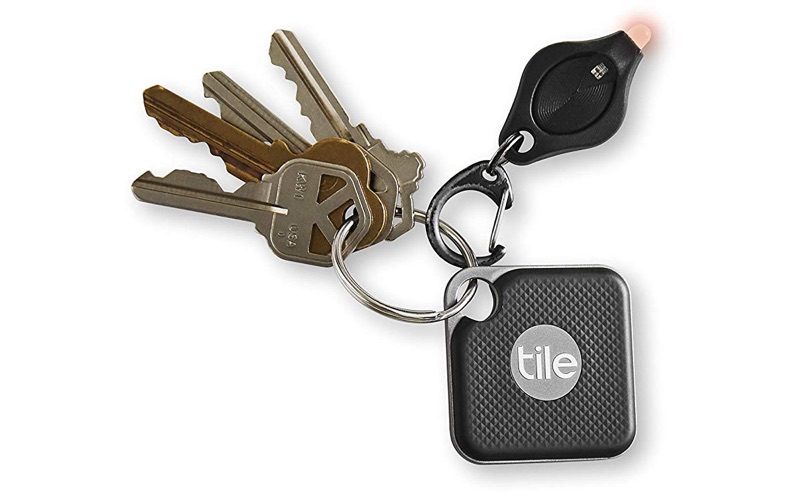 Apple made sweeping changes in iOS 13, rolling out the Find My app alongside privacy-oriented changes that make it harder for third-party app developers to track customers without their knowledge.

According to Tile, Find My, which is designed to let users locate lost iOS and Mac devices, has a major advantage over competing products because location tracking for Find My is enabled by default, while Tile must obtain user permission for location access in "deep, hard-to-find smartphone settings" that also has to be reauthorized with regular follow-up reminders.

Some lawmakers see Apple's changes as an effort to gain an edge over rival companies, but Apple says the iOS 13 updates are designed to improve user privacy and prevent app developers from using customer data without permission. "Apple has not built a business model around knowing a customer's location or the location of their device," Apple spokesperson Fred Sainz told The Washington Post.

Tile attorney Kirsten Daru said that Tile is "looking to Congress to level the playing field" because Apple's changes have caused a "confusing and frustrating experience for [Tile] users."

Sonos, PopSockets, and Basecamp are sharing similar complaints about Google, Facebook, and Amazon, and the information provided to lawmakers today has the potential to shape future state and federal probes.

Tile could soon be even more upset with Apple, as rumors suggest Apple is working on an "Apple Tags" product that can be attached to small items like wallets or keys to track them using the Find My app on the iPhone. 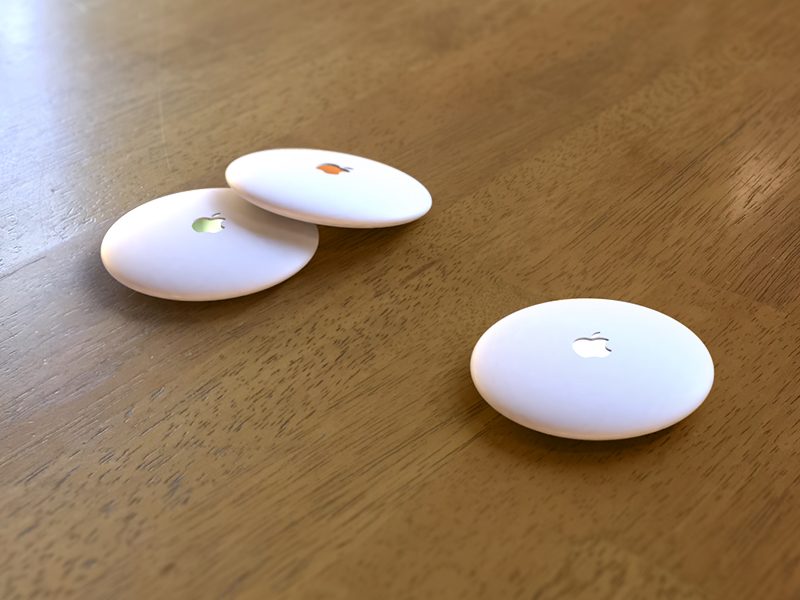 A mockup of what Apple Tags might look like​
Apple Tags will directly compete with Tile's own trackers, and will be better integrated into the iOS operating system. Apple will also be able to offer more advanced tracking features, taking advantage of the ultra-wideband chip in the iPhone and the Find My option that uses connected Apple products belonging to other people to locate devices even when they're offline.


For those interested, there is a live stream of the congressional hearing that can be watched on YouTube, with the video embedded above.

Update: CNBC's Kif Leswing has shared Apple's full statement on the House Antitrust Subcommittee hearing involving Tile, which clarifies that Apple is working on an option that will let third-party developers enable "Always Allow" tracking at the time of setup. Apple plans to introduce this setting in a future software update.

Apple builds its hardware, software, and system level apps to protect user privacy and provide the best products and ecosystem in the world. Apple has not built a business model around knowing a customer's location or the location of their device.

When setting up a new device users can choose to turn on Location Services to help find a lost or misplaced device with Find My iPhone, an app that users have come to rely on since 2010. Customers have control over their location data, including the location of their device. If a user doesn't want to enable these features, there's a clear, easy to understand setting where they can choose exactly which location services they want enabled or disabled.

In regard to third-party apps, we created the App Store with two goals in mind: that it be a safe and trusted place for customers to discover and download apps, and a great business opportunity for developers. We continually work with developers and take their feedback on how to help protect user privacy while also providing the tools developers need to make the best app experiences.

We're currently working with developers interested in enabling the "Always Allow" functionality to enable that feature at the time of setup in a future software update.
Click to expand...

Maybe if Tile wants to control how they help people find their devices, they should make the devices people are using? Not just the things that attach to those devices.

Well Tile shouldn’t be selling products with non-rechargeable/non-replaceable batteries. Once Apple come out with their tile it will revolutionise tracking of products all over the world in a secure way thanks to the clever Public/Private key system they’ve developed with iOS 13.
Reactions: Geckotek, minik, Doc Evils and 26 others
Comment

how has the find my app hurt their existing service? I mean, I can see if there were 'tags' released but the find my app? We have had find my iphone for years.
Reactions: tooloud10, Sykora171, BvizioN and 17 others
Comment

Assuming the apple tags are around the corner, Tile knows the end is near. Just a matter of deciding to go out with a whimper, or like we see now by kicking and screaming
Reactions: tooloud10, idrewuk, soundtribe109 and 8 others
Comment
A

Tile came out long after Apple introduced the ability to remotely ring devices with MobileMe. If anybody copied it was Tile.
I love Tile but this seems like they’re grasping.
Reactions: BvizioN, IGI2, idrewuk and 16 others
Comment
F

Tile is a bunch of whiners
Reactions: Geckotek, IGI2, soundtribe109 and 11 others
Comment

The bigger issue is How Best to "Stop the Bullying" by ALL the $1T+ USD market cap companies !
Reactions: Marekul, msp3 and canesalato
Comment
C

Tile wants to stifle innovation by trying to shut down what will undoubtedly be Apple's superior solution using UWB technology.
Last edited: Jan 17, 2020
Reactions: Geckotek, TraderScooter, IGI2 and 15 others
Comment

farewelwilliams said:
Tile is a bunch of whiners
Click to expand...

Seriously, if your companies success is based on what another company is doing, then you have a poor product.
Reactions: 960design, BvizioN, TraderScooter and 18 others
Comment

Heaven forbid a company become big and successful and generate money for its shareholders, employees, and third-party beneficiaries. If you're a small business there are advantages to that - you can be more nimble, adapt more easily, etc. than a large corporation. But instead, these companies complain to the government - who is all too happy to tear into any big money-maker as that is a direct threat to their desired socialist control state.
Reactions: 123jmail, Jupeman, centauratlas and 13 others
Comment
W

This is tough. I've been a long time Tile owner, and I like their products but things like reminders you left something behind are always too late. Still they've helped me keep track of all kinds of things. And I, like I am sure so many of their other customers, would jump all over Apple Tags. I'm sure they would be smaller, louder, and have much better tracking. I do love my Tiles but I am sure they will suffer the same fate as my beloved Pebble watch did when the Apple Watch came along. But as a consumer I am not in the business of keeping other businesses afloat. Let the best products come to market and consumers will pick what they think is the best one.
Reactions: Ladybug, TraderScooter, shadowbird423 and 8 others
Comment

On a related note, I feel bad for all the small buggy companies that Ford put out of business.
Reactions: BvizioN, TraderScooter, Bonte and 9 others
Comment

Where are the young, nimble startups that are the David to the goliaths of the tech world. None here I see.
Reactions: WoodpeckerBaby, t1meless1nf1n1t, Mikey44 and 1 other person
Comment
J

I have a Tile and sometimes use the app, but there is absolutely no reason why the app needs constant access to your location. When I need to find my keys, I open the app and press the "Ring" button...even at that point, Tile has no reason to know my location. The app still works if you disable location access but it pesters you incessantly to re-enable location services.
Reactions: urtules, idrewuk, centauratlas and 23 others
Comment
C

Maybe these companies should protect their intellectual property with rock solid patents instead of complaining.
Reactions: ridddder55
Comment

Tile sounds a bit whiney! FindMy finds people and devices not tags, but anyway, what is so hard about verifying that the phone user wants to share location services? Does tile even hire any competent programmers?
Reactions: centauratlas and Solver
Comment
D

I have been a Tile user since their original Kickstarter campaign, but I am sick and tired of the running to Mommy (AKA the government) mindset when things don't go your way. Put on your big boy pants and figure out how to deal with reality.
Reactions: Jupeman, TraderScooter, idrewuk and 8 others
Comment

I used to use Tile, but was annoyed after I discovered the BlueTooth connection would stop my AirPods microphone from working.

After that the constant "we found your keys" emails telling me that my keys were last seen in the office, even though they were now at home, and then the fixed, non rechargable battery issue was the last straw.

I'm done with Tile. Interesting idea, bad product. I'm looking forward to seeing what Apple pull out, especially as next year I'll be upgrading my 7 plus.
Reactions: idrewuk, centauratlas, prasand and 3 others
Comment

dcdunk said:
Seriously, if your companies success is based on what another company is doing, then you have a poor product.
Click to expand...

That would make the iPhone a poor product since it depends on modems from Qualcomm, glass from Corning, and screens from Samsung.

You take those three away and replace them with the alternatives and you have a pretty crappy phone.
Reactions: Statusnone88, WoodpeckerBaby, 123 and 4 others
Comment
M

Cosmosent said:
The bigger issue is How Best to "Stop the Bullying" by ALL the $1T+ USD market cap companies !
Click to expand...

hard to say Apple and Google, for example, are bullies. Checking out the revenue posted by independent app developers! Oh, sorry, apps must conform to security and privacy and quality protocols, my bad
Reactions: Mikey44
Comment
J

If a security update to an operating system hurts your business, maybe it was a bad business model...
Reactions: TraderScooter, centauratlas, DoctorTech and 9 others
Comment

Tile and other companies appear to be trying to prevent Apple and others from benefitting from their own work and success.

Apple will also be able to offer more advanced tracking features, taking advantage of the ultra-wideband chip in the iPhone and the Find My option that uses connected Apple products belonging to other people to locate devices even when they're offline.
Click to expand...

It's reasonable for Apple to leverage the millions of Apple devices in the world for such a feature. Just because Tile can't replicate this functionality doesn't mean Apple should be restricted from using this advantage.
Reactions: IGI2, idrewuk, centauratlas and 5 others
Comment

If browser downloads of apps was possible on iPhone (with user express consent), developers would flee the iOS App Store because Apple’s policies are in their best business interest rather than the developers business interest. Competition is definitely needed to encourage the iOS App Store to be more developer friendly. Apple’s monopolistic attitude into forcing things on developers will backfire when Europe or the US Supreme Court rule it in violation of anti-trust laws next year, as this bullying attitude will be remembered by the developers (especially ones with competing apps). On macs, users can download apps from a browser...why can’t they on iPhone?
Last edited: Jan 17, 2020
Reactions: Marekul, TheWatchfulOne, Saipher and 2 others
Comment
You must log in or register to reply here.
Share:
Facebook Twitter Reddit Email Share Link
Register on MacRumors! This sidebar will go away, and you'll see fewer ads.
Sign Up
Top Bottom