MacRumors published thousands of stories in 2019, as part of our continued coverage of the latest Apple news and rumors. Below, we look back at the top 10 most discussed stories of the year in our forums, with topics ranging from the AirPower mat being canceled to the launch of the Apple Card. 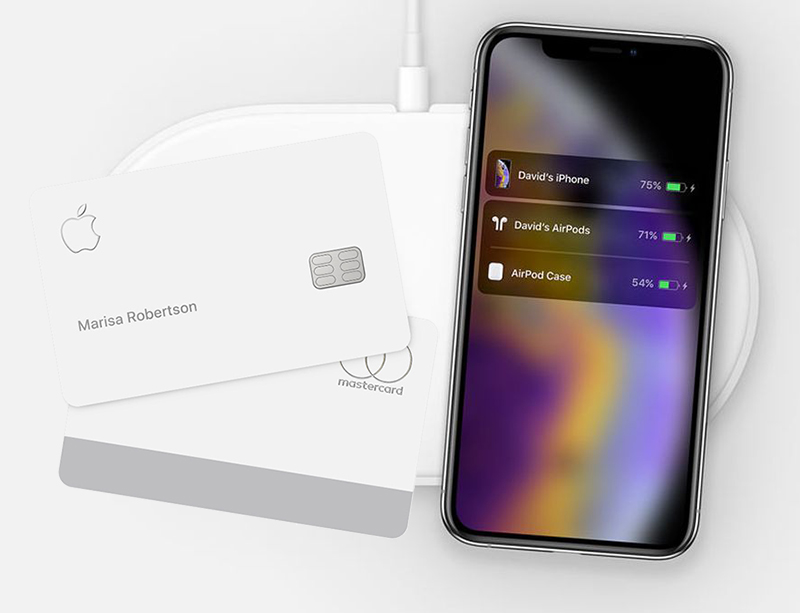 MacRumors will celebrate its 20th anniversary next month, having been founded on February 24, 2000. We look forward to another year of sharing the latest Apple news and rumors and we thank all of our readers for their support.

AirPower was the Qwikster of the tech world lol.
C

Did we ever get that "One More Thing" ? ... OR whatever they were referring to it this time.
B

Even with the failed AirPower project I think that 2019 was a really good year for Apple
Reactions: iOS Geek, Sasparilla and DoctorTech

The canceling of an announced product is unprecedented for Apple so it's no wonder it became the most-discussed.

MacRumors said:
In March 2019, Apple's hardware engineering chief Dan Riccio finally came out and said the AirPower was canceled due to the product's inability to meet its high standards.
Click to expand...

It was probably for the best that Apple canceled AirPower than releasing a half-baked product, but it is still pretty embarrassing.

I sometimes wished they would have canceled iOS 13 and tvOS 13 and worked on it for a little while longer.
Reactions: urnotl33t

Can you do an equivalent article for the 2010's
Reactions: schneeland, TVreporter, Internet Enzyme and 1 other person

Having read so many articles over the past few years, I thought there would have been more PRSI stories in the top 10 but I am glad to see the most popular stories were mainly product related.
Reactions: Joe Rossignol

JimmyBanks6 said:
Can you do an equivalent article for the 2010's
Click to expand...

Wow, lack of Blu-Ray and Verizon orders shipping were more commented on than Steve's death. smh

sundog925 said:
AirPower was the Qwikster of the tech world lol.
Click to expand...

Anyways, here’s an interesting question, how many people actually knew anything of the AirPower outside a tech website? I’m willing to bet 99% of consumers had no idea what the AirPower even was. Essentially Apple only really announced it during their keynote briefly. As someone else alluded to, it’s better that they actually canceled it versus releasing a product that potentially could have had problems and reflected negatively on Apple.
Reactions: timme

I think the five big stories was the new Mac Pro, the new MacBook Pro 16, the Apple credit card, the iPhone 11 and the new Apple air pod pro’s
M

This kind of statistic is heavily influenced by how many articles Macrumors publishes on a specific topic and how close time-wise these multiple articles are published. Other things like time of the day (and week) will also affect the results.

That’s because Jim, it was only mentioned for a minute during the keynote. 😁

Seriously though, what’s the big deal? Do you think Apple is the first company to cancel a product because they couldn’t successfully launch it due to XYZ reason(s)? It’s not like they had this marketed for quite some time, it was mentioned briefly during a keynote. Who cares that they didn’t release it, the fact that they owned up to it and didn’t release a product that potentially could pose problems, says more about the company itself. I mean, not to pick on Samsung, but they have a lengthy history of releasing products that have been flawed and/or half-baked <—which transcends into damaging the reputation.
Reactions: paul4339
C

manu chao said:
This kind of statistic is heavily influenced by how many articles Macrumors publishes on a specific topic and how close time-wise these multiple articles are published. Other things like time of the day (and week) will also affect the results.
Click to expand...

People have complained about lack of BD for years. It is not surprising if more people talked about it.
J

No big deal, just an acknowledgment that announcing an unfinished product that (as it transpires) didn’t actually work, wasn’t a great idea. I hold Apple to a higher standard than the competition, and thus, for me, AirPower stands out as one of their rare blunders.

DoctorTech said:
Having read so many articles over the past few years, I thought there would have been more PRSI stories in the top 10 but I am glad to see the most popular stories were mainly product related.
Click to expand...

manu chao said:
This kind of statistic is heavily influenced by how many articles Macrumors publishes on a specific topic and how close time-wise these multiple articles are published. Other things like time of the day (and week) will also affect the results.
Click to expand...

It seems like there was an article every week reminding us AirPower wasn‘t shipping yet but still nobody could restrain themselves from commenting about Apple not delivering a charging mat that they thought was too expensive and unnecessary...

The great AirPower whinge of ‘18/‘19 was truly something to behold.
Reactions: PickUrPoison

oh yeah i almost forgot about the aapl card

The real top story is macrumors being 20 years old next month.

The AirPower story was most unique in that apple as I can remember never cancelled a project publicly.
Reactions: BigMcGuire

Damn AirPower should have seen the light of day

How pathetic not to mention the million macrumors members, who demand a 4" phone and still are waiting for one, despite new phablets being offered every second month...
Reactions: Pearple
L

Did Apple release press statement why they cancelled AirPower? It's a good tech and its getting better already. There is already a 27watts wireless charger.

I refuse to believe that they can't do it correctly because they have a massive of money for its research and development. Could it be it has something to do with patent?
You must log in or register to reply here.
Share:
Facebook Twitter Reddit Email Share Link
Register on MacRumors! This sidebar will go away, and you'll see fewer ads.
Sign Up
Top Bottom