Under mobile data it shows that uninstalled apps are using data. This is despite the fact that it still appears even after I reset the statistics. If I stay in mobile data, it randomly uses 10kb a day. However, given that the apps are uninstalled, how is this still happening? Has anyone else encountered this?

humpbacktwale said:
Under mobile data it shows that uninstalled apps are using data. This is despite the fact that it still appears even after I reset the statistics. If I stay in mobile data, it randomly uses 10kb a day. However, given that the apps are uninstalled, how is this still happening? Has anyone else encountered this?
Click to expand...

It doesn't list the apps, it simply states uninstalled apps, and increases even after I reset the statistics.

humpbacktwale said:
It doesn't list the apps, it simply states uninstalled apps, and increases even after I reset the statistics.

Have you uninstalled any native Apple apps, because those don’t actually get deleted and could use data. But 3rd party apps would really be strange if that was happening.

Airplane mode shuts down all radios so no data could be drawn from cell or wifi networks. The first toggle under your name in Settings.
H

I don't believe so. Even if I had, I limit what apps have access to mobile data.

I know airplane mode does that, and I confused as to how that would solve my issue. Obviously if I turn off mobile data then uninstalled apps will no longer use it, but that doesn't tell what it is or why it is doing it. 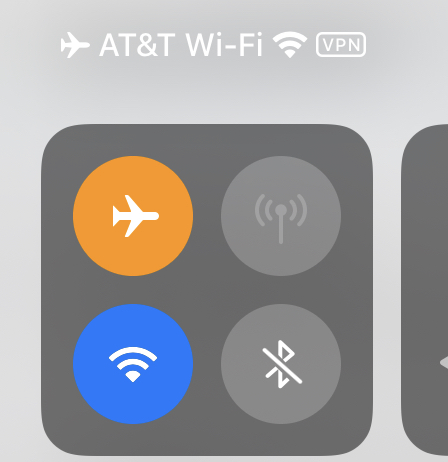 How to check the storage on your iPhone, iPad, and iPod touch

Same issue except mine uses GBs of data.
I have event completely wiped my phone and made as new. Yet still the “unused apps” goes through data.
H

IowaLynn said:
This on iPhone 11, same on X model
Click to expand...

Sorry, I know what airplane mode is, it just has nothing to do with the question I asked....


someoneoutthere said:
Did your “uninstalled” apps get offloaded to save up space? If that is the case, your data pertaining those applications may still be present on your device and getting updated/synced to their server/platform.
Hope it helps!
Click to expand...

I have the option to offload apps, but it is not enabled by default. It simply tells me I can save space when I go onto storage.

This is an ongoing problem that has been known since at least some time in January. Gorden Kelly, writing for Cosumer Tech and published in Forbes, wrote yesterday,

“03/16 Update: since publishing this story, I've been contacted by multiple readers who have found the problem is still present in betas of iOS 13.4 (the final version of which is tipped to launch this week), so a fix is not coming any time soon. I've also been sent screenshots of extreme examples of this bug with data consumption north of 50GB, which has led to even those on 'unlimited' contracts being contacted by their carrier for stepping beyond their fair use policy. The purpose of Uninstalled Apps is to show the data used by apps that have since been uninstalled (hence the singular categorization) but affected users have ruled this out by resetting these statistics and even resetting their iPhones and purposefully not removing any apps, but Uninstalled Apps data consumption continues to mounts up (some see just kilobytes, others with multiple gigabytes). I have pressed Apple again for a clarification on what is happening with this data consumption. I will update this article when I get one.“

After reading his full article, which I found on Flipboard, I checked my IPhone 11 Pro Max running 13.3.1 and found that “Uninstalled Apps” had put 1.1 GB on my Phone.

you may want to check your phone as well.
S

I have just received a message from the company providing my mobile data saying I have used 7.51GB of mobile data. My allowance is 2GB a month. The only reason I could use more this month is that they gave everyone an extra 10GB.

I've barely been using my Phone as we've been locked down for 60 days. Settings mentions 5.9GB of mobile data for uninstalled apps. But I haven't uninstalled any apps.

Edited to add that I only updated to iOS 13 relatively recently prior to which I never exceeded my 2GB monthly allowance.

Edited again to add that I connected the phone to WiFi (it hasn’t been connected for a couple of weeks) and updated to iOS 13.5. It no longer says 5.9GB for uninstalled apps. That category has gone. It now says 7.1GB for System Services (it didn’t before) and under that is now 5.9GB for iCloud (it wasn’t before). It looks like my phone being unusually unconnected to WiFi iwas the problem.
Last edited: May 22, 2020
You must log in or register to reply here.
Share:
Facebook Twitter Reddit Email Share Link
Register on MacRumors! This sidebar will go away, and you'll see fewer ads.
Sign Up
Top Bottom