HBO and WarnerMedia today announced an all-new streaming service called HBO Max, which will combine HBO content with shows and films from CNN, TNT, TBS, The CW, TCM, Adult Swim, and much more.


Essentially, HBO Max will include all HBO original content, WarnerMedia channels, and shows made only for HBO Max. These Max Originals include shows based on Dune, Station Eleven, and Gremlins. You'll have to subscribe to HBO Max to see these shows, as they won't appear on HBO GO or HBO NOW.

[*]"Dune: The Sisterhood," an adaptation of Brian Herbert and Kevin Anderson's book based in the world created by Frank Herbert's book Dune, from director Denis Villeneuve
[*]"Tokyo Vice," based on Jake Adelstein's non-fiction first-hand account of the Tokyo Metropolitan Police beat starring Ansel Elgort
[*]"The Flight Attendant," a one-hour thriller series based on the novel by Chris Bohjalian, which will star Kaley Cuoco, who is also executive producing alongside Greg Berlanti
[*]"Love Life," a 10-episode half-hour romantic comedy anthology series starring "Pitch Perfect" star Anna Kendrick, who will also executive produce alongside Paul Feig
[*]"Station Eleven," a postapocalyptic limited series based on Emily St. John Mandel's international bestseller, adapted by Patrick Somerville and directed by Hiro Murai
[*]"Made for Love," a 10-episode, half-hour, straight-to-series adaptation based on the tragicomic novel of the same name by Alissa Nutting, also from Somerville and directed by S.J. Clarkson
[*]"Gremlins," an animated series from Warner Bros. Animation and Amblin Entertainment based on the original movie
Click to expand...

Existing HBO shows like Game of Thrones and Big Little Lies will be available on HBO Max. Other content on HBO Max includes all of Friends, The Fresh Prince of Bel Air, Pretty Little Liars, and many of the DC shows on The CW, like Batwoman.

There are also some exclusive deals with producers Greg Berlanti (director of Love, Simon and producer of Arrow and The Flash) and Reese Witherspoon. Berlanti is set to produce four movies focused in the young adult space and Witherspoon's Hello Sunshine company will produce at least two films. In total, HBO Max is set to premiere with 10,000 hours of premium content.

"HBO Max will bring together the diverse riches of WarnerMedia to create programming and user experiences not seen before in a streaming platform. HBO's world-class programming leads the way, the quality of which will be the guiding principle for our new array of Max Originals, our exciting acquisitions, and the very best of the Warner Bros. libraries, starting with the phenomenon that is 'Friends,'" said Robert Greenblatt, chairman, WarnerMedia Entertainment and Direct-To-Consumer.
Click to expand...

The full list of programming companies supporting HBO Max include: Warner Bros., New Line, DC Entertainment, CNN, TNT, TBS, truTV, The CW, Turner Classic Movies, Cartoon Network, Adult Swim, Crunchyroll, Rooster Teeth, and Looney Tunes. WarnerMedia said there will be more programming than these channels and companies, but hasn't been specific about what those might be yet.

The new service is being announced one year after AT&T completed its acquisition of Time Warner, which owns HBO. At the time, AT&T leadership suggested it was planning to increase the amount of content released by HBO so that the company has more hours of user engagement, instead of only seeing peak numbers during major broadcasts, like for the final season of Game of Thrones.

Oh boy, yet another streaming bundle! My life is complete...
Reactions: mabhatter, omglolbbq, Joe h and 5 others

just canceled my Apple TV+ subscription. Oh wait! It hasn't even launched yet.

Jesus, another streaming platform that will only fragment what's available on current platforms. Let me guess, in a couple years someone will try to sell us an 'all in one' solution. and it's just going to be a ****** version of cable.
Reactions: mabhatter, Regbial, omglolbbq and 11 others

I wonder what kind of pricing they can get away with, Disney really threw a monkey wrench into the market. Which is good. Maybe $5 higher than HBO Now?
Reactions: Larryzuluking and sidewinder3000 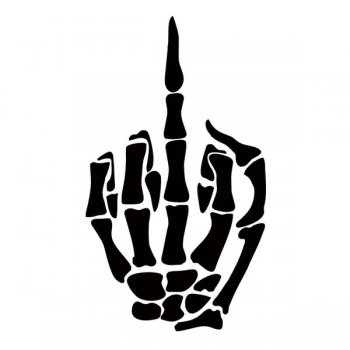 HBO Now is already too expensive. I can’t see me paying even more for the extra content I either don’t care about or can somewhat access elsewhere.
Reactions: Larryzuluking

I don't understand the negativity. More streaming services means more options. Easy to subscribe and cancel. Subscribe when you want it, cancel when you don't.
Reactions: FightTheFuture, Bob Sanders, PickUrPoison and 6 others

bbednarz said:
I don't understand the negativity. More streaming services means more options. Easy to subscribe and cancel. Subscribe when you want it, cancel when you don't.
Click to expand...

Nobody wants to subscribe to multiple services every month just to watch a bunch of exclusives.
Reactions: iMerik, yanki01, Regbial and 11 others

Why not combine Go, Now, and Max? This seems excessive.
Reactions: ZZ9pluralZalpha, rwilliams, omglolbbq and 3 others

Me: I don’t think streaming fragmentation can get any worse.

HBO: Hold my beer...
Reactions: ZZ9pluralZalpha, yanki01, Regbial and 17 others

Pepe4life said:
Lmao these companies are literally pushing people towards piracy again. Sad!
[doublepost=1562696830][/doublepost]
Nobody wants to subscribe to multiple services every month just to watch a bunch of exclusives.
Click to expand...

I think just the opposite. A low cost option that you can easily subscribe/unsubscribe at any time and only watch what you want when you want. I think this helps avoid piracy. I know myself personally I haven't pirated anything in a very long time because accessing the content legally is so easy and cheap now.
Reactions: ArtOfWarfare

So instead of making new content for HBO and boosting its value, they’re gonna make content for HBO Max and still sell HBO as a separate service. Makes sense. /s
Reactions: ZZ9pluralZalpha, sub150, Larryzuluking and 4 others

10 bucks here, 10 bucks there, 10 bucks over there and in the end you'll end up paying like 100 bucks a month if you want to legally watch the things you like.

I don't mind paying like 30 bucks total for subscriptions a month. Music (Apple Music/Spotify), Movies/TV (Netflix), Something else like YouTube Premium (No ads on mobile) and iCloud/Google One storage.

Sethal said:
So instead of making new content for HBO and boosting its value, they’re gonna make content for HBO Max and still sell HBO as a separate service. Makes sense. /s
Click to expand...

HBO makes a lot of money off of cable companies that they don’t want to give up. This is a side loaded service that really should be called Warner Max as it’s more than just HBO content.

So I assume any WB content currently on Netflix will be removed and only be on this service?
Reactions: Plutonius, autrefois and parkds

Rogifan said:
So I assume any WB content currently on Netflix will be removed and only be on this service?
Click to expand...

Friends will be pulled from Netflix.

HBO is destined to be like Google with the 4784487 messaging platforms they have in play.
Reactions: ArtOfWarfare

Rogifan said:
So I assume any WB content currently on Netflix will be removed and only be on this service?
Click to expand...

Probably the same for Universal content once their streaming service launches next year as well.

MacNut said:
Friends will be pulled from Netflix.
Click to expand...

In the end Netflix will be left with a lot of their original *****. Only a few watchable shows on it IMO. Overpriced, and at this point they hate their user with all the UI tricks they pull. Netflix was a good service when it launched, but now years later they’ve lost a lot of good content and have doubled their original price, all while poisoning us with the docu-series format where they stretch documentaries into shows that are far too long and repetitive for the content they contain. And rearranging My List every time I enter it. WTF is up with that? Total ******s, vankers, shareholders... feck em.

Going to give Apple’s service a try when it launches. At this point I’m done with Nut-flicks.

Great idea. This is pulling from the Disney playbook.

I agree with the sentiment here. Too many subscriptions, too much money. This is not what the great unbundling was supposed to me.

But this is not yet another streaming service for us to ignore. More value under one of the biggest brands in entertainment. Smart.
G

Personally, I feel it's time for somebody to invent a new service, whereby only shows I prefer to watch are available on some kind of physical media that I can either rent or borrow from a neighbor/friend/relative, thus negating the need to have recurring charges on my credit card. Just tossing this out there.

BWhaler said:
This is not what the great unbundling was supposed to me.
Click to expand...

Anybody familiar with how cable/satellite worked knew this would be the way the industry was headed.

I'd rather they stuck with a more Disney+ pricing scheme compared to some current predictions, but it's not surprising given the HBO name.
Reactions: Guidonculous
You must log in or register to reply here.
Share:
Facebook Twitter Reddit Email Link
Register on MacRumors! This sidebar will go away, and you'll see fewer ads.
Sign Up
Top Bottom