OK, so this is a crazy, off the wall idea... but what if it was possible to design and implement a replacement PCB that would fit the standard CPU tray and heat sink of a classic Mac Pro 5,1? If you don't mind me summarizing 557 pages and over a million page views from the "Waiting for Mac Pro 7,1" thread, the consensus is "Give us an updated Mac Pro like our beloved 5,1, with a modern supported processor and PCIe slots and Thunderbolt and NVME storage." What is the minimum that needs to change in a 5,1 for that to happen: the CPU tray, right?

It seems logical that the main guts of the Intel chip set (CPU, north bridge, south bridge, RAM) probably live on that CPU tray board; are the signals that go off-board to the back plane pretty much standard interface signals like PCIe and SATA and USB? Because if that is true, would upgrading the chip set on the CPU tray instantly upgrade those standard buses, too? PCI 2.0 becomes 3.0? SATA 2 becomes SATA 3? USB 2.0 becomes USB 3? Thunderbolt would have to come off the board via connectors, perhaps to a slot opening. I was thinking the low risk approach would be to implement the Xeon-W series of the iMac Pro in a single processor configuration, which would leave room for NVME storage on the CPU tray board. Basically ride the coat-tails of the iMac Pro as far as MacOS compatibility.

Here are some of the possible pitfalls I can think of...

?? Maybe the existing chip set is split across the interface (south bridge is on back plane?) - would be difficult to mate that up to a modern chip set if so.

?? The existing CPU tray may have proprietary glue logic chips on it.

?? Apple stores low level driver code in a proprietary flash, I've heard; is that on the CPU tray board (probably)?

?? The iMac Pro uses Apple-specific SKU models of the Xeon-W's; would the more generalized Xeon-W processors available to the public work? The hackintosh community probably know the answer to this.

?? The signals that go across the connector are mostly standard, but can't run at higher speed due to circuit length / signal integrity limitations?

?? The system management controller circuitry is incompatible with a later chip set, or can't be easily reverse engineered to connect to later chip sets?

?? Who would have the necessary engineering tools for simulation and layout of cutting edge circuitry?

?? Who in the community has anything close to the level of engineering knowledge for such a project? Anyone know any retired Apple engineers with a fondness for classic Mac Pro's?

?? Would macOS expect to find a T2 chip in any design that uses the same processor as an iMac Pro?

?? The process is possibly do-able, but would take so long when done by volunteers that the result would be obsolete by the time it was done.

The whole process of creating such a board would take super-specialized knowledge: identify all the chips on the current CPU tray, come up with a physical model for the mounting points of the board and the heat sink, reverse engineer the current 5,1 circuitry (compare to vintage reference designs from Intel?), figure out all the signals on the connector, come up with a schematic for the later chip set that sends equivalent signals out on the connector (convince Intel to release reference design after signing a zillion NDAs?), lay out the new design, test and measure signal margins, iterate to fix bugs, set up a supply chain, arrange for contract manufacturing of what is probably a small run of a few thousand boards.

Would it make economic sense? How would you structure it to compensate those who would put in hundreds of hours of engineering time? Create a non-profit or a foundation to manage it? Release it all as open source to the community?

OK, shoot me down now. As the great analog electrical engineer Robert Pease used to say, "Show me where it says I (we) can't do this."

It will be easier to just make a Hackintosh.
Reactions: TheStork, velocityg4, h9826790 and 3 others
Comment

Thanks for your response (and you're probably right about the hackintosh ). So the Platform Controller Hub lives on the backplane then? Or is it that the existing tray uses the old Hub architecture with north and south bridge, while the new chips sets use the PCH architecture?
Last edited: Aug 8, 2019
Comment

The hackintosh community does a pretty darn good job of helping you build the super Mac Pro of your dreams. After all, once you get into building a new board for the cMP, you are essentially just building a hackintosh anyway. Apple won't sanction your efforts--they may actually thwart them!

There are also some good community threads on gutting your cMP case and dropping standard parts inside. It takes a fair amount of work, but some users have produced some impressive results. I will probably go that route when my cMP can't cut it anymore or starts to give up.
Reactions: Chung123 and TheStork
Comment

IMHO the biggest advantage of a hackintosh isn't the broad variety of choices because there really isn't it's the fact that I can spec my fans, cpu cooler, and power supply so I can build a "Mac" that's actually quiet.

If someone built a couple of boards for my Mac Pro that were relatively updates and was in the ~$600 I'd probably be a buyer so long as I could just install and boot. Realistically though my Linux/Hackbox is going to sit next to my Mac Pro 7,1 because because I want both.
Comment

If it seems too finicky to make a mackintosh you can use Simple-KVM (Kernel based Virtualised Machine) on top of Linux.

It will cost you a single CPU core and an extra graphic card for passthrough hardware acceleration. It works with AMD processors as well.
Last edited: Aug 9, 2019
Comment

i have mixed feelings, still have my dual G5 and a 3,1 that i can 'upgrade' but in a lot of ways kind of want to keep them as is for old times sake.

ah that dual 1.8ghz G5, moved from a 1.5ghz G4 laptop using FC6 to the G5 using FC7 that was a game changer happy times
Comment

I'd think if this was possible. Sonnet or OWC would be making CPU cards like the good ole days. Given that the 2009 to 2012 Mac would all be able to use the same card and how many enthusiasts hold on to them. They could likely move more units than any single CPU Daughtercard line from the PowerPC era.

As Sonnet and OWC along with several other manufacturers made money building upgrades for a wide range of models with far fewer unit sales than the Mac Pro. Often with several generations of CPU upgrades. If a new CPU board supporting a modern Xeon was possible for a Mac Pro. One of them would build it.
Reactions: flaubert
Comment

Darmok N Jalad said:
The hackintosh community does a pretty darn good job of helping you build the super Mac Pro of your dreams. After all, once you get into building a new board for the cMP, you are essentially just building a hackintosh anyway. Apple won't sanction your efforts--they may actually thwart them!

There are also some good community threads on gutting your cMP case and dropping standard parts inside. It takes a fair amount of work, but some users have produced some impressive results. I will probably go that route when my cMP can't cut it anymore or starts to give up.
Click to expand...

Maybe there is a solution where you get apple Rom’s onto a hackintosh so it thinks the hackintosh is a legit Mac?
Last edited: Aug 11, 2019
Comment

@TheStork iv been keeping an eye on it, been tempted to grab an old G4 tower or a G5 tower to use as a case.

there's custom backplates you can get online to fit the mobo ports and even adapters to use the stock USB and power button
https://www.thelaserhive.com/ 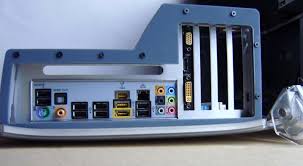 this one is a nice bog of a G5 update
https://medium.com/root-ventures/building-root-ventures-retro-power-mac-g5-hackintosh-e2cde5a3816e 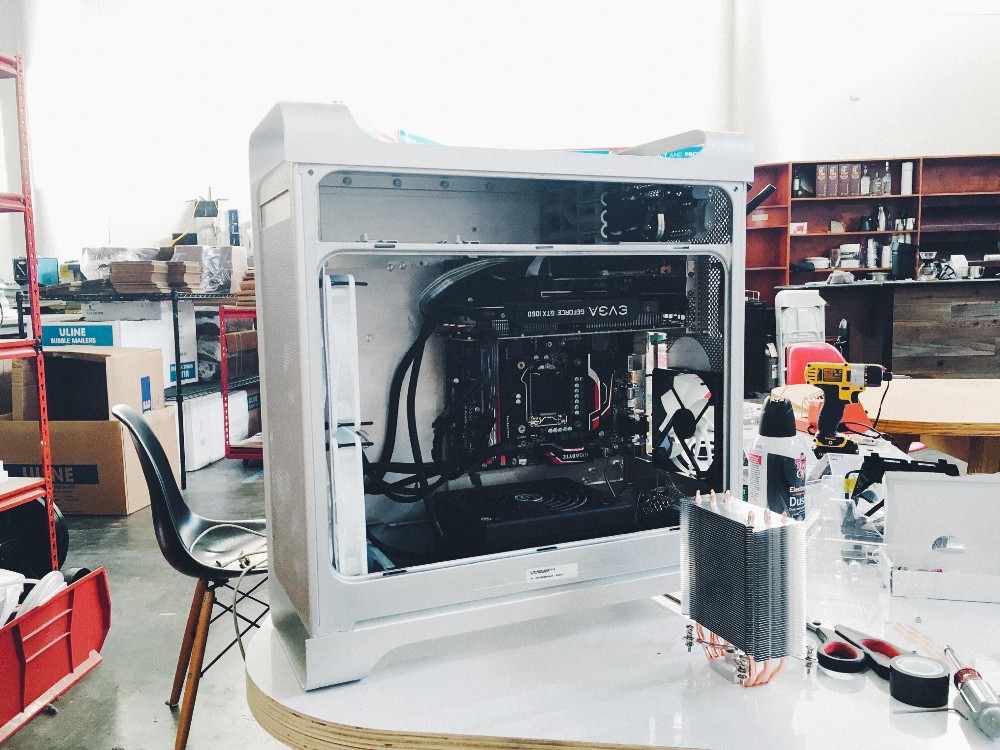 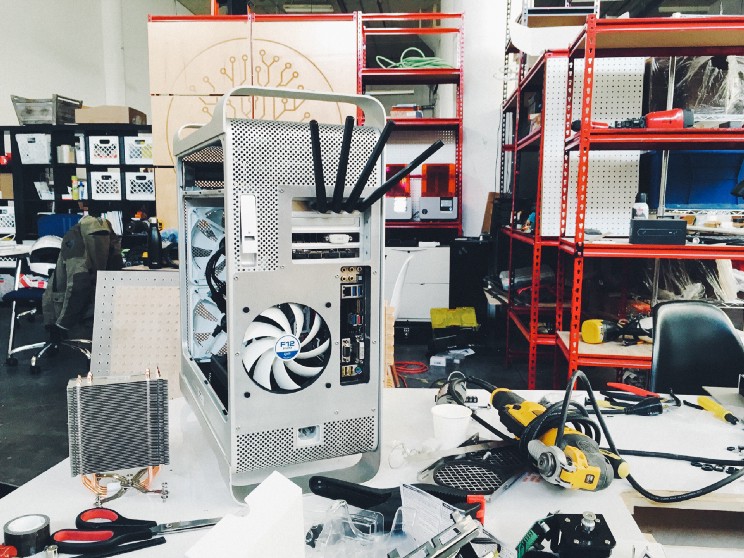 I have a G4 Sawtooth and a Late 2005 PowerMac G5 systems awaiting my case mod attention. However, both are working, and it seems a disgrace to mod them. BTW, I have the Laser Hive G4 case mod kit sitting on the shelf awaiting my mod.
Last edited: Aug 12, 2019
Reactions: orph and Macintosh IIcx
Comment

@TheStork wow nice, yes that my problem i'm kind of attached to my old computers