What is your Favorite iPhone 4S Case?

I would ask what is the best iPhone case, but it all comes down to personal preference. I just got an iPhone 4S, so I need some suggestions for a case.

I'm open for any suggestions. I'm mainly looking for a case that can protect my iPhone while not being very bulky.
L

This is one of the cases I was most interested in. I was browsing some older threads on here and it seems like a lot of people have problems with lint, which I don't like.

Also I think it may be a little too bulky for my liking.
Comment

There's lots of good cases. One of my favorites is the SGP Neo Hybrid 2S (I have a white iPhone). Only if it doesn't discolor.
Comment
C

Otterbox Defender in glacier and matte speck candyshell. I like to switch between these two for my 4S
Comment
N

I went through a lot of cases and like the poster above, I really like my SGP Neo hybrid 2S infinity white case. I've been using it for over a month now and still love it on my white iPhone 4S. And that says a lot bc before this, I was switching cases weekly.
Comment
A

The InCase Snap (Smoke color), this is the one I always go back to. First got it through the 'Free Case Program' a while ago but I've been re-buying as needed. On my third one now, heh. 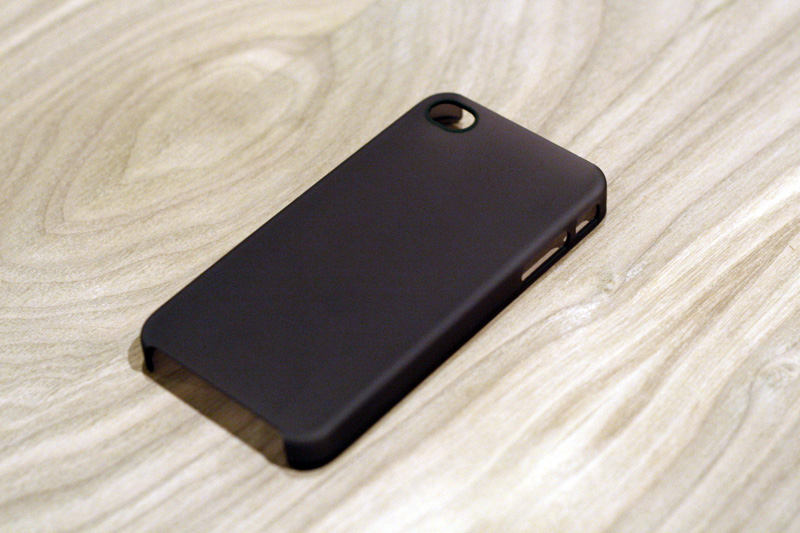 For non-aluminum cases, it would be the Graft Leverage.

ann713 said:
The InCase Snap (Smoke color), this is the one I always go back to. First got it through the 'Free Case Program' a while ago but I've been re-buying as needed. On my third one now, heh.

Though, I rarely use it anymore. The rubbery edges make it difficult to get in and out of my jean pockets, especially on a sweaty day.
Comment
A

Otterbox defender, although I can certainly see why some wouldn't like it. FOR ME the naked phone is to little and slick. I like that the silicone is grippy and i've never let it win when it resists being put in a pocket.
Comment
L

BaLLiNx said:
This is one of the cases I was most interested in. I was browsing some older threads on here and it seems like a lot of people have problems with lint, which I don't like.

Also I think it may be a little too bulky for my liking.
Click to expand...

I have a black otterbox commuter (revised one, with a bigger camera cutout) and I don't have ANY problems with lint. I keep my phone either in my jeans pocket, coat pocket or hoodie pocket -- all filled with lint -- And still don't have any lint problems.


I've taken the case apart a few times cause I was convinced that lint must be getting in there and I wanted to clean it out. VERY minimal specks of anything in there... nothing really worth taking the case off for.

Anything negative I read about the case seems really dumb now that I have one. Some examples:

1. The case doesn't fit.
Yes, it does. You're doing it wrong. Sure it doesn't line up right if you are in a huge hurry and left all of your common sense at home that day... Slow down, put the silicon sleeve on first, put the TOP part in the outer rubber case, put the SIDES in and make sure they line up. If they don't... YOU'RE DOING IT WRONG, take it off and start again...

2. Lint.
As stated... not a problem for me. I have a very black, very lint-showing case... simply not a problem.

3. The silicone stretches/is loose.
I'll give this complaint a smidge more merit over the others cause it does seem a tad bit loose around the volume buttons and the side directly opposite the volume buttons. I've only had mone for about 1.5 months and I wonder if it's going to get more loose as time goes on. Only time will tell. I don't see it being any more loose than the day I put it on but maybe I'm not paying close enough attention.

I use mine with a front screen protector and I actually put a back one on too (just cause I have it)... I suppose the back one "protects" the apple logo or whatever.

Other than that, I literally love the case... it does everything I need it to do and I think it looks great. I'm not sure I'd like it if it weren't all black cause I'm more of a simplistic, minimal kinda person.

Anyway, don't rule it out. I had 4 different cases in 4 days of having the phone. Settled on this one and I'm very happy with it so far. I hear their customer service is superb as well.
Comment

+1 on the Otterbox Commuter. I would also recommend the Magpul Field Case, if you want something more minimal, yet still protective. And it's only $10.
Comment

Pretty much anything Switcheasy makes!