When do YOU think "late summer" is?

AT&T said that they would offer iPhone users MMS in "late summer", while not offering any real reason why they couldn't roll it out at 3.0 launch. In my book, it's already late summer. Does anyone have any real ideas on when they'll enable it or why they haven't already?

the end of summer in aussie land
G

August is late summer in my opinion.

With AT&T.. I'd guess sometime around Christmas.. or NEXT "late summer".

I agree I consider the 3rd week of July the very beginning of 'late summer'.


So that probably means, to AT&T, the end of late summer

When do you think late summer is?

Are we talking northern or southern hemisphere?

danpass said:
I agree I consider the 3rd week of July the very beginning of 'late summer'.
Click to expand...

dukebound85 said:
the end of summer in aussie land
Click to expand...

Ugh! September ends September 21. We're not even past mid-summer. So, if you just can't wait, LATE summer starts around August 7 (a mid-summer date) give or take a few days. Of course, this all is based on how you define "late." To me late summer would be in September (always best to agree with jessica...). 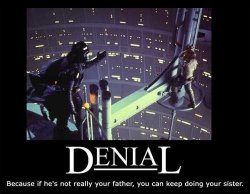 Edit: Sorry, you wanted to know if we had any ideas when they'll enable it. We have no idea. Some said they've talked to the friend of the daughter of the someone high in management of AT&T, and you get all kinds of dates. It's kind of like the predictions of the end of the world with those. So, we don't know. As far as why, well, there's been a number of explanations. The most plausible is that AT&T just wasn't ready to handle the bandwidth. However, many threads have gone over that ad nauseum with various other theories. So, we don't know that one either.

dukebound85 said:
the end of summer in aussie land
Click to expand...

Which is the end of February 2010 (it's nearly the start of Spring).

PoitNarf said:
Summer started 1 month and 1 day ago, so we're only 1/3 through Summer. I don't think you can call anything "late" with 2/3 left to go.
Click to expand...


besides it doesn't matter much in SoFla; hot and hotter

Lucky ATT. Summer seems to have been cancelled in much of the eastern USA, going by weather here, so they have until September 2010.

Did Apple state what hemisphere they were talking about?!
W

From a purely astronomical viewpoint, the equinoxes and solstices would be the middle of the respective seasons, but a variable seasonal lag means that the meteorological start of the season, which is based on average temperature patterns, occurs several weeks later than the start of the astronomical season. According to meteorologists, summer extends for the whole months of June, July and August in the northern hemisphere and the whole months of December, January and February in the southern hemisphere. This meteorological definition of summer also aligns with the commonly viewed notion of summer as the season with the longest (and warmest) days of the year, in which daylight predominates. From the astronomical perspective, days continue to lengthen from equinox to solstice and summer days begin to shorten after the solstice, so meteorological summer encompasses the build-up to the longest day and a diminishing thereafter, with summer having many more hours of daylight than spring.
Today, the meteorological reckoning of the seasons is used in Australia, Denmark and the former USSR; it is also used by many people in the United Kingdom, where summer is thought of as extending from mid-May to mid-August. The definition based on equinoxes and solstices is more frequently used in the United States where many regions have a continental climate with a temperature lag of about six weeks.
Elsewhere, however, the solstices and the equinoxes are taken to mark the mid-points, not the beginnings, of the seasons. In Chinese astronomy, for example, summer starts on or around May 5, with the jiéqì (solar term) known as Lixia (立夏), i.e. "establishment of summer", and it ends on or around August 6.
In Ireland, the summer months according to the national meteorological service, Met Eireann, are June, July and August. However, according to the Irish Calendar summer begins May 1 and ends July 31. School textbooks in Ireland follow the cultural norm of summer commencing on 1 May rather than the meteorological definition of 1 June.
In southern and southeast Asia, where the monsoon occurs, summer is more generally defined as lasting from March to May/early June, their warmest time of the year, ending with the onset of the monsoon rains.
From a popular culture point of view, in some areas of the United States, summer season is often considered to begin at the Memorial Day weekend (the last Monday in May) and end at the Labor Day weekend (the first Monday in September). Likewise, another set of pop-cultural reference points for summer is the time when elementary and secondary schools close down for the "summer vacation". This period usually lasts from around early to mid June until around late August to early September, depending on where the school is located. Some people in the United States consider summer the period from the summer solstice to the fall equinox.


UTC date and time of solstices and equinoxes

THIS YEARS SOLSTICES AND EQUINOx


ALL THIS BEING SAID WHAT DOES THIS MEAN?????

ATT WILL RELEASE MMS FOR THE IPHONE WHEN THEY ARE GOD DAMN GOOD AND READY. PERIOD. FINITO. THERE IS NOTHING WE CAN DO. WE WILL HAVE TO SUCK IT UP TILL THEN.... LATE SUMMER IS WHAT EVER ATT WANTS IT TO BE. COULD BE JULY COULD BE OCTOBER COULD BE DECEMBER... COULD BE NEVER.... PATIENCE PEOPLE.... ISNT THERE BIGGER THINGS OUT THERE TO WORRY ABOUT?

w3cum said:
ATT WILL RELEASE MMS FOR THE IPHONE WHEN THEY ARE GOD DAMN GOOD AND READY. PERIOD. FINITO. THERE IS NOTHING WE CAN DO. WE WILL HAVE TO SUCK IT UP TILL THEN.... LATE SUMMER IS WHAT EVER ATT WANTS IT TO BE. COULD BE JULY COULD BE OCTOBER COULD BE DECEMBER... COULD BE NEVER.... PATIENCE PEOPLE.... ISNT THERE BIGGER THINGS OUT THERE TO WORRY ABOUT?
Click to expand...

Umm.... no, there's not. This is pretty much the most important thing happening in the world today. I'm sorry you aren't seeing this.
W

I actually do feel better after typing all that... it amazes me the short sightedness of some people on this message board.

December is too late for summer vacations.
S

And here I was thinking I typed too much for this nonsense.

danpass said:
I agree I consider the 3rd week of July the very beginning of 'late summer'.


So that probably means, to AT&T, the end of late summer
Click to expand...

Umm seriously? No, late summer is beginning of September.

w3cum said:
ALL THIS BEING SAID WHAT DOES THIS MEAN?????
Click to expand...