Sorry for the vague question.

Has anyone stumbled upon a workaround? This really starts affecting my productivity.

In case someone has running the latest beta: Does this bug still exist? Cheers!

When writing text in any app using the apple keyboards (and Gboard), Predictive Text predicts words from a different language than the keyboard language.

Two keyboards have been activated on an iPhone e.g. English and German.

The chosen keyboard is English.
Predictive Text will predict German words though there are many English words starting with the same letter combination that has been typed in.

When typing the first few letters of 'melancholy' with the UK English keyboard activated, the German words 'melancholie and melancholisch' are suggested.

When typing the first few letter of the German word 'Freundin' (girlfriend) whilst the German keyboard is activated, the English words 'From and Francisco' are suggested (not German words).

There are thousands of more examples of wrongly suggested words from the wrong language I could give.

This problem exists for all romanised languages it seems. I have also tried Portuguese, Canadian and US English.

When typing 'me' with the UK English keyboard activated, the Portuguese word 'melhor' (better) gets suggest though there are hundreds of English words starting with 'me'.

Why is this a problem?

Certain languages are very similar. Like English and German. I have started sending emails and messages using German words instead of English because I didn't see the subtle difference right away. Vey embarrassing in a professional environment.

On the Apple support website it states clearly that predictive text should predict words from the language that has been chosen with the keyboard. Unfortunately this hasn't been the case for all versions of iOS 10 so far.

The problem has been confirmed by several senior Apple Genius Bar employees. Tests have been conducted on more than 20 iPhones using iOS 10.2 and 10.1.

Make sure to force quit the app you want to write text in after having activated an additional keyboard to make this bug show up from the next launch of the app on.

Any way to fix this problem or any workaround available?

Thank you very much,
goshya 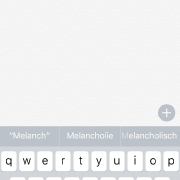 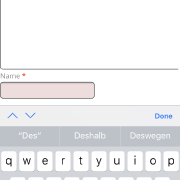 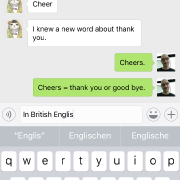 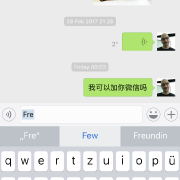 Are you referring to this "feature"?

Does de-selecting the less frequently used dictionary make any difference?

The problem is that words from other languages one has activated in the keyboard settings are suggested (predicted) even though there are hundreds of words starting with the same letters in the language of the keyboard that's active while typing.

Words I have never used on any iPhone from languages I have only activated in the keyboard settings but never really used are predicted.

I don't mind the iOS 10 feature that words I actively typed and exists in another language are not marked as wrong, but it's a step too far to only have German, Portuguese, French, or Spanish words predicted after typing two letters with an English keyboard.


cynics said:
Are you referring to this "feature"?

Does de-selecting the less frequently used dictionary make any difference?
Click to expand...