With Apple's Worldwide Developers Conference (WWDC) set to kick off in San Francisco with a highly-anticipated keynote at 10:00 AM Pacific Time, it's time for us to set the stage with final details on the latest rumors and coverage information. 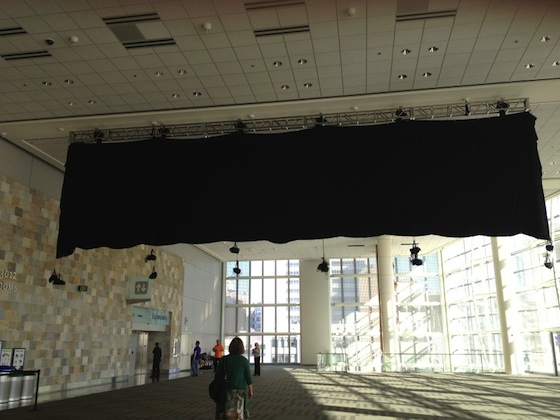 As is routine for major Apple product announcements, the Apple online store has already been down for several hours and will almost certainly remain down until the conclusion of the keynote.

MacRumors forum members interested in a "spoiler-free" environment to wait for the full keynote video to become available can follow the thread associated with our dedicated article. A direct link to the official keynote video will be posted there when it becomes available. 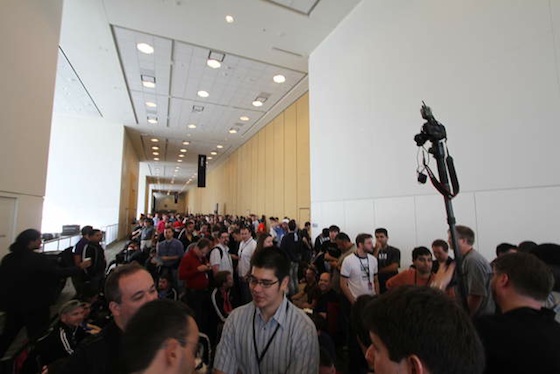 We posted our comprehensive rumor roundup over the weekend, but details have continued to surface since that time, most notably including details on new Retina MacBook Pro, MacBook Air, and standard MacBook Pro and Mac Pro models. Apple has also been said to be releasing developer builds of iOS 6 and Safari 6 today. Finally, Apple will be launching its annual Back to School promotion tomorrow, although it is unclear whether that will be included in today's announcements.

9to5Mac now reports that Apple will be introducing an "iPad Smart Case" available in six colors: dark gray, light gray, pink, green, blue, and red. These appear to the accessories that were initially thought to be new iPod shuffle models in a leaked part number list. iLounge had claimed that an enhanced Smart Cover was in the works earlier this year, but it did not appear alongside the third-generation iPad.

Wonder what's under that black cover.

I bet it says " Meet The New Family"
Comment

Looking forward to the day. The last steady, yearly Apple event of the year, is almost like Christmas for us Apple fans.

I would love to be watching internet bandwidth use during and shortly after the stream is first posted. .
Comment

I bet that covered banner has something to do with new hardware.
Comment

I love how social and excited we all are here on MacRumors.

Wonder what's under that black cover.

I bet it says " Meet The New Family"
Click to expand...

And May the odds be ever in your favor!
Comment

Rumor has it, many of these devices will use a keyboard and will be compatible with a mouse. They will also be capable of connecting to the internet.

(Just my first attempt ab being an analyst.)
Comment
B

It's about time we are finally going to have some solid news on all these computer rumors.
Comment

Really hope this all works out for everyone.
Comment

arctic said:
I bet that covered banner has something to do with new hardware.
Click to expand...

The banner, "We purchased dell, sold everything off and gave it all back to the investors!"
Comment
S

RalfTheDog said:
Rumor has it, many of these devices will use a keyboard and will be compatible with a mouse. They will also be capable of connecting to the internet.

(Just my first attempt ab being an analyst.)
Click to expand...

My guess would be "Apps for Apple TV", can't wait to find out!
Comment

people keep telling me there's no concrete evidence on the new iPhone coming out.

ozziegn said:
people keep telling me there's no concrete evidence on the new iPhone coming out.

I'm really hoping for a Apple TV app store, the rest I haven't got my hopes up for anything too exciting (hopefully I'm wrong).

I am not looking forward to all the fourm posts saying how apple has disappointed people, or how apple is doomed becuase they didn't meet expectations based off of nothing but a few strangers guessing things.
Comment
You must log in or register to reply here.
Share:
Facebook Twitter Reddit Email Link
Register on MacRumors! This sidebar will go away, and you'll see fewer ads.
Sign Up
Top Bottom