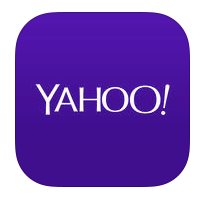 In the midst of stories surrounding the hacking of at least 500 million Yahoo user accounts and the secretive scanning of private emails at the behest of the government, Yahoo Mail users are now finding it difficult to leave the service after the company "temporarily disabled" email forwarding earlier in the month. According to several users speaking to The Associated Press, the ability to more easily leave Yahoo Mail with the email forwarding feature -- which ensures old email is sent to a new account -- has been removed completely.

Jason Danner, owner of an information technology business in Auckland, New Zealand, said it is all "extremely suspicious timing" for Yahoo to get rid of the feature amid news that undoubtedly has many of its users interested in setting up accounts on other services. Without providing a comment, Yahoo referred to a line on the company's help site to explain its action of "temporarily" removing the feature "while we work to improve it." Anyone who has already set up email forwarding prior to the change won't be affected.

This feature is under development. While we work to improve it, we've temporarily disabled the ability to turn on Mail Forwarding for new forwarding addresses. If you've already enabled Mail Forwarding in the past, your email will continue to forward to the address you previously configured.
Click to expand...

Several people speaking with The Associated Press said that recent news surrounding Yahoo was causing them to consider leaving Yahoo Mail. One user said a "certain amount" of government surveillance is expected to be going on at most times through smart devices, "but providing the U.S. government unrestricted access -- that really, really violates our privacy." The same user opted to leave an out-of-office message on their account in lieu of the traditional email-forwarding ability.

The feature has been "a basic concept for 15 years for just about every email provider out there," said Brian McIntosh, who owns a small technology business and first alerted the Associated Press to the issue. "All of a sudden it's under development," McIntosh said in a telephone interview. "And only at Yahoo."
Click to expand...

Following the original Reuters story about Yahoo's email scanning, the company called the article "misleading" and said that the scanning program "does not exist on our systems." A second report from The New York Times cited a source that claimed Yahoo enacted the program because of an ordnance from the United States government, which was seeking information on an unspecified state-sponsored terrorist group who used Yahoo Mail for communication.

Other companies, like Google and Microsoft, have come forward saying they got no such request from the government. An Apple spokesperson said, "We have never received a request of this type. If we were to receive one, we would oppose it in court." Throughout all of this, Yahoo is finalizing its sale to Verizon, with the latter company now reportedly asking for a $1 billion discount.

Update 10/11: A Yahoo spokesperson contacted MacRumors with the following statement:

"We're working to get auto-forward back up and running as soon as possible because we know how useful it can be to our users. The feature was temporary disabled as part of previously planned maintenance to improve its functionality between a user's various accounts. Users can expect an update to the auto-forward functionality soon. In the meantime, we continue to support multiple account management."
Click to expand...

Update 10/14: Yahoo has re-enabled mail forwarding and explained its move to temporarily disable the feature in a blog post.

Why the pause? Over the past year, Yahoo Mail has been upgrading its platform. This has allowed us to bring a better search experience to Yahoo Mail, add multiple account support, and improve performance as we quickly scale this new system globally. The feature was temporarily disabled as part of this process.
Click to expand...

What an utter crock. Farewell, Yahoo. I doubt you'll be missed.
Reactions: nrose101 and Keane16
Comment

keysofanxiety said:
What an utter crock. Farewell, Yahoo. I doubt you'll be missed.
Click to expand...

Some of my fondest memories of early internet were in yahoo chatrooms or playing chess in yahoo games with someone else ("A/S/L?"). Connecting and communicating with another person on the other side of the planet in real time like that was amazing. But I guess that Yahoo died a long time ago anyway, and I will certainly not miss today's Yahoo.
Reactions: GrumpyMom, tonyr6, psli09 and 5 others
Comment

This is a pretty low thing to do for Yahoo. Time to say goodbye for me, should've done it long ago.
Reactions: GrumpyMom and nrose101
Comment

oneMadRssn said:
Some of my fondest memories of early internet were in yahoo chatrooms or playing chess in yahoo games with someone else ("A/S/L?"). Connecting and communicating with another person on the other side of the planet in real time like that was amazing. But I guess that Yahoo died a long time ago anyway, and I will certainly not miss today's Yahoo.
Click to expand...

Aahh, I was closer to the MSN Messenger generation so don't have much fondness or nostalgia for Yahoo!
Comment
T

Poor Verizon getting caught in all this right at the time of sale. They should just avoid buying it all together regardless of whether or not they get a discount.
Reactions: Le Big Mac
Comment

oneMadRssn said:
Some of my fondest memories of early internet were in yahoo chatrooms or playing chess in yahoo games with someone else ("A/S/L?"). Connecting and communicating with another person on the other side of the planet in real time like that was amazing. But I guess that Yahoo died a long time ago anyway, and I will certainly not miss today's Yahoo.
Click to expand...

Exactly the same. Do you remember Yahoo Graffiti? For a good couple of months in my middle school days I would manage to get in one game of Graffiti every day before school, chatting up strangers and drawing terrible clues. It was truly a mind-blowing thing to be able to interact with people in a gaming-sense to me back then, prior to Xbox Live.
Reactions: oneMadRssn
Comment

As a loyal Yahoo! Mail user, I can assure you that the integrity of my email and accounts registered to that address remains uncompromised.

The message may be misleading, perhaps they're getting so swamped with forward requests that they're triggering spam blacklists to other providers or such. I'll hold judgement for a bit.
Comment

MacRumors said:
Throughout all of this, Yahoo is finalizing its sale to Verizon, with the latter company now reportedly asking for a $1 billion discount.
Click to expand...

tuslaw12 said:
Poor Verizon getting caught in all this right at the time of sale. They should just avoid buying it all together regardless of whether or not they get a discount.
Click to expand...

thisisnotmyname said:
The message may be misleading, perhaps they're getting so swamped with forward requests that they're triggering spam blacklists to other providers or such. I'll hold judgement for a bit.
Click to expand...

If that were the case, why wouldn't Yahoo simply say that? Instead they offer an excuse that clearly is a lie.

I won't. Yahoo has been mismanaged for a long time. They've been one of the few services that has insisted on charging customers a monthly fee for e-mail forwarding. So this current news doesn't surprise me at all.

The best thing about Yahoo, IMO, was its Groups feature, which has largely been supplanted now by social networks like Facebook. But years ago they had some of the best organized chat rooms on the Internet. That, and Flickr used to be really good too.

It really doesn't matter at this point anyway. Once the deal with Verizon goes through (IF it goes through), the site will probably become even worse.
Reactions: tonyr6
Comment

Writing a script that automatically checks your email, responds with something along the lines of "This account is no longer used, please use xxx@yyy.zzz in the future, instead. Your messages are automatically forwarded for now - this behavior may stop in the future and you should not depend on it." and forwarding the message isn't too hard.

In Python, you can use the imaplib or poplib to read your mail (based on if you're using IMAP or POP3 respectively), then using smtplib to send the response and forward the message. All three libraries come with a standard install of Python. OS X has come with Python preinstalled for over a decade (I'm not sure when it first started getting included... I know at least as long ago as Snow Leopard, and maybe even long before that.)

Quick example for checking imap is:

tuslaw12 said:
Poor Verizon getting caught in all this right at the time of sale. They should just avoid buying it all together regardless of whether or not they get a discount.
Click to expand...

Poor Verizon if they purchased and finalized a month ago. I think things couldn't be better for them now. They can either A. walk away...or B. Buy Yahoo for pennies on the dollar now, and that's what they probably will do.
Reactions: zed1291
Comment

Although I only now use it for spam and signing up for websites that I don't want associated with my real email, I still have a yahoo account that dates back to 1998.
Reactions: GrumpyMom, tonyr6, cppguy and 1 other person
Comment

Yahoo is bankrupt. Probably is receiving money from US government to stay afloat.
Comment

Dumb, dumb, ignorant and cynical move on the part of yahoo management.

This would seem to violate the mark-to-market principle.

If yahoo is impeding user defections, they are committing fraud by artificially preventing defections to keep their user count and stock price artificially high.

The lawyers will have a field day with this.
Reactions: miknos
Comment
C

I advise people never use email services provided by their internet provider, and don't use these "free" services for business.

I did use Google Apps for several years until I smarted up. Now I've transitioned to Runbox and couldn't be happier. Great folks there.
Comment
5

AND what's with Mail for iOS and macOS telling me my Yahoo password is wrong every couple of weeks? Then I log back in and get the 'logged in on new device' email. What is wrong with Yahoo!?
Reactions: GrumpyMom
Comment

Any reasonable alternative?
I mean, an email box not managed by companies located in USA/UK/China, whose business is not selling data, that does not do machine learning on them.
And well, if it's located in Iceland or another country that takes seriously free speech even better.
Comment
H

Yahoo showing their japanese side with this one
Comment
A

Yahoo... I knew this company sucked, but I didn't expect them to be that lame...

2013: Yahoo implements SSL for IMAP and POP3, only a decade to late.
2016: Yahoo disables email-forwarding claiming it needs fixing. Something that literally worked for decades.
2019: Yahoo deems webmail, IMAP and POP as too complex. Now offers TELNET access instead.

If you're stuck with any ISP or otherwise backward email-provider take this as an example, what happens if you waited longer than you should have. If you've developed trust-issues in the meantime: buy your own domain and have it hosted by google or whatever you like. If you change your mind, change your hosting provider. Your domain stays with you. Cost: 10-15 bucks per year.
Comment
You must log in or register to reply here.
Share:
Facebook Twitter Reddit Email Share Link
Register on MacRumors! This sidebar will go away, and you'll see fewer ads.
Sign Up
Top Bottom