A YouTuber has successfully made the M1 Mac mini 78% smaller and added MagSafe in a unique DIY project, highlighting Apple's iterative approach to the current entry-level Mac mini ahead of the expected launch of a redesigned high-end model. 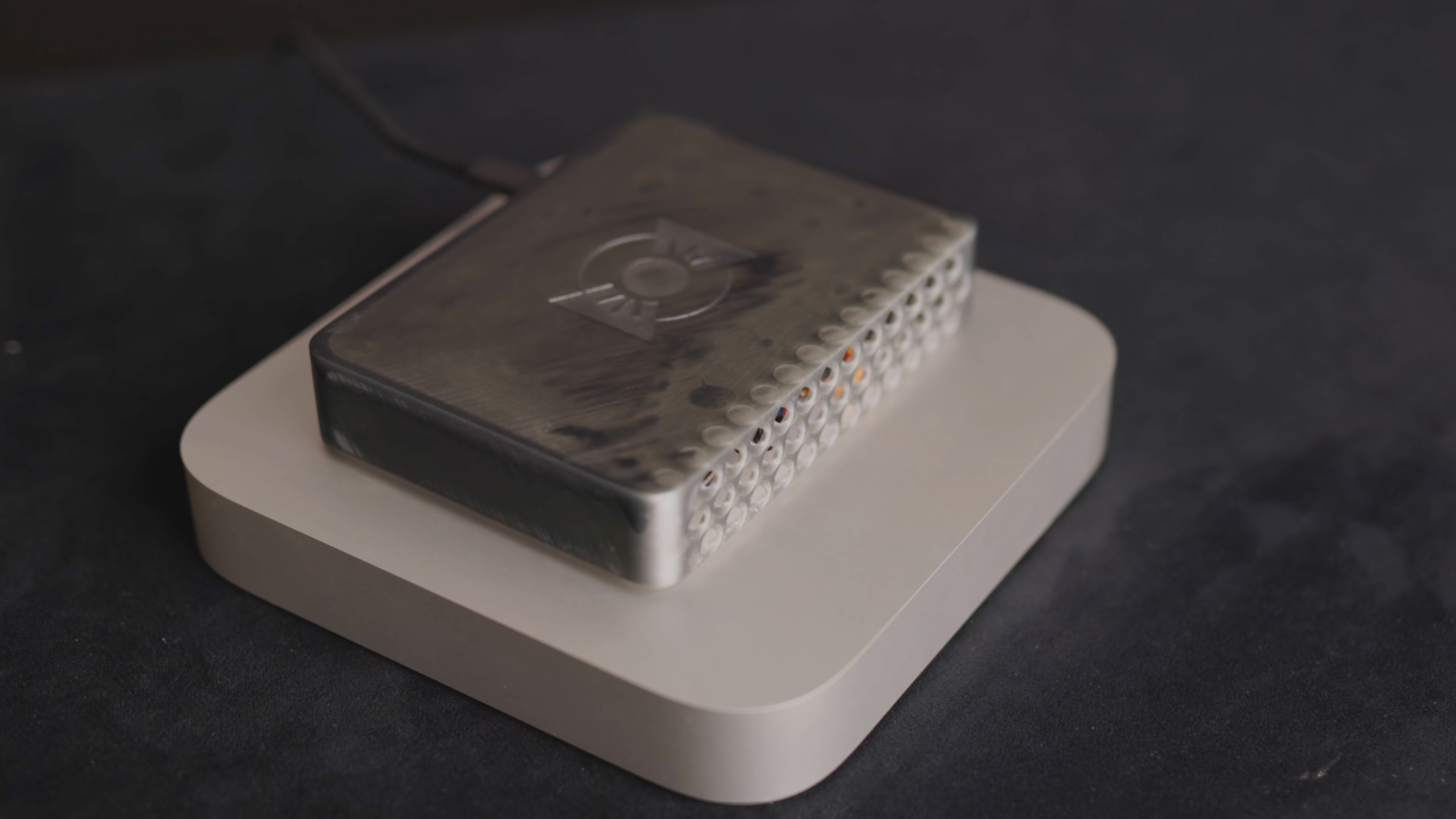 When Apple introduced the M1 Mac mini in November 2020, it retained the exact same unibody design that the company has used since 2010. Subsequent teardowns revealed that the M1 Mac mini contains a very large amount of empty space.

This is because the unibody design was conceived for Intel processors and hardware from over the past twelve years, while modern components such as the M1 chip and its unified memory system are extremely small and thermally efficient, being suitable for the likes of the thin and passively cooled MacBook Air.

Now, Quinn Nelson, the YouTuber behind the popular channel Snazzy Labs, has shrunk the M1 Mac mini as much as possible by relocating its internals and engineering a new casing.


Since most of the Mac mini's internal space is taken up by a 150W power supply, Nelson replaced it with an external 65W Microsoft Surface power supply with a retrofitted MagSafe 2 connector, which connects to a DC voltage regulator leading to the Mac mini's logic board.

Nelson created a smaller new enclosure for the Mac mini using resin 3D printing, adopting the distinctive "cheese grater" design of the 2019 Mac Pro for enhanced thermals. Nelson relocated parts such as the antennae and power button to the new enclosure and removed the Mac mini's fan. Overall, the modified device is 28% of its original volume internally.

Despite the Mac mini's logic board being in a much smaller enclosure with no fan, Nelson noticed virtually no change in performance, with the device benchmarking just as well as the original machine. Nelson has made a detailed build guide available for any skilled users who wish to undertake the project for themselves.

The Mac mini is due to get a significant overhaul this year, featuring the M1 Pro and M1 Max chips from the MacBook Pro in an all-new design. According to leaker Jon Prosser, who shared renders of the new Mac mini's alleged design last year, the new Mac mini will retain a similar form factor to the current Mac mini, but with an overall reduction in size.

The new design is purported to feature a "plexiglass-like" top, sitting above an aluminum frame, much like the first-generation Apple TV. The rear of the device is said to feature the same ports that are currently available with the high-end Intel-based Mac mini, including four Thunderbolt ports, two USB-A ports, one Ethernet port, and one HDMI port, but will add a magnetic power connector from the 24-inch iMac.

Apple is believed to have been working on a new Mac mini for some time. Apple updated the entry-level Mac mini with the M1 chip in November 2020, but the high-end offering is still the Space Gray model with an Intel processor from 2018. It is this high-end model that is expected to be replaced this year with an Apple silicon model that features the first redesign since 2010, but an update for the entry-level M1 model to add the M2 chip also seems plausible.

Apple is reportedly planning to launch the new Mac mini at an event in the spring. For more information about what to expect from the high-end Mac mini, see our detailed guide.

I think he should've taken the meme further so the whole thing plugs right in. 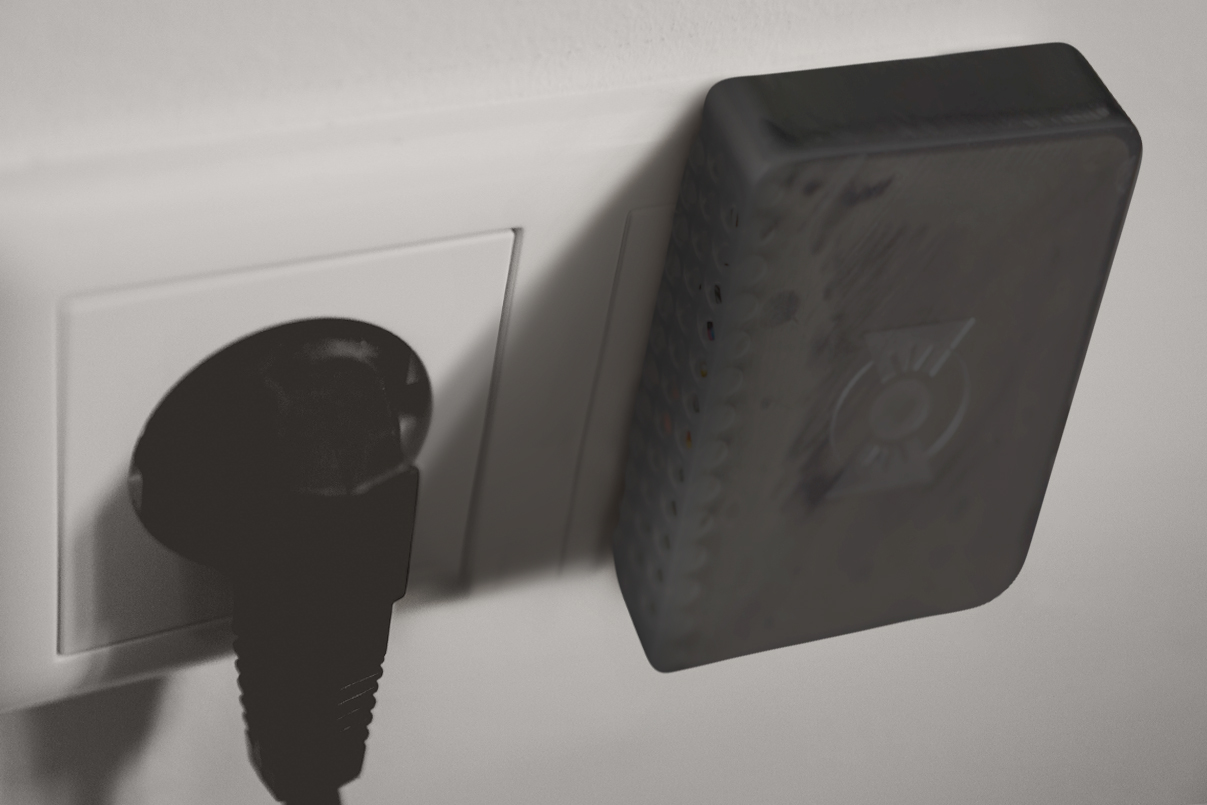 I'd rather keep the mini the same size and add more stuff inside
Reactions: zapmymac, Snake111, N69AP and 22 others

There was a time where I thought Apple would take the M1, or some future chip, and shrink the Mac mini from the current size to fit into the Apple TV enclosure. Mac nano, I used to joke.

I love these kinds of DIY projects, but I'm such a mess when it comes to projects like these I've never had the guts to try it myself.
Reactions: freedomlinux, blake2, jackoverfull and 5 others

What about the heat dissipation in a smaller model?
Reactions: Axemantitan, Morgenland, Barnum and 6 others
D

nwcs said:
I'd rather keep the mini the same size and add more stuff inside
Click to expand...

Exactly. What I don't need is a postage stamp sized Mac. I want a mini with dual HDMI ports and a slot for a second SSD.
Reactions: zapmymac, dsut4392, Kuckuckstein and 10 others
1

It is smaller because he took the power supply out.. wow amazing . Now you just have an external power supply which is still large and taking up space...
Reactions: Champagne_5S, zapmymac, CMad and 48 others

AngerDanger said:
I think he should've taken it one step further and put a mains connector right on the body so you can plug it in.
Click to expand...

Or HDMI to be like a chromecast.
Reactions: DeepIn2U

Well this dude is getting a job at Apple.
Reactions: N69AP, Morgenland, DeepIn2U and 3 others

Yeah I’m not a big fan of this. It barely looks smaller (Mac mini is already pretty small and it will fit in most places the smaller one does) and loses the internal power supply. Not to mention, it is UGLY.

However it could be useful in some extreme cases, embedded devices, robotics projects and so on.

For people at home or office just looking to use a Mac mini, nah.
Reactions: Snake111, Morgenland, TMax and 5 others
A

I wouldn’t mind and actually think Apple may reuse / share the M1 iMac power supply with the expected redesigned Mini, as you can see in the video, the power supply takes most of the volume inside the enclosure…
Reactions: DeepIn2U, Enlightened Doggo and JKAussieSkater

Sydnxt said:
Arguably better though depending on one's setup.
Click to expand...

What set up would someone potentially have that a Mac mini be too big but whilst still requiring a mac?
Reactions: SirAnthonyHopkins

one more said:
What about the heat dissipation in a smaller model?
Click to expand...

The M1 is the same chip the MacBook Air uses with no real heat mitigation.
Reactions: CMad, DeepIn2U, mjs916 and 1 other person

Exactly. I'd rather have a somewhat larger mac mini with ALL the essentials inside the box. It's a friggin' desktop after all. So no need to chase smallness or 'thinness' (in the case of the iMac) and compromise other things.
Reactions: 153957, freedomlinux, itunexify and 9 others
I

He removed the fan and the power supply. Replaced the internal power supply with less powered external supply and says that he tested it and that it's ok without the fan!
Reactions: DeepIn2U
W

Virtually no change in performance…. 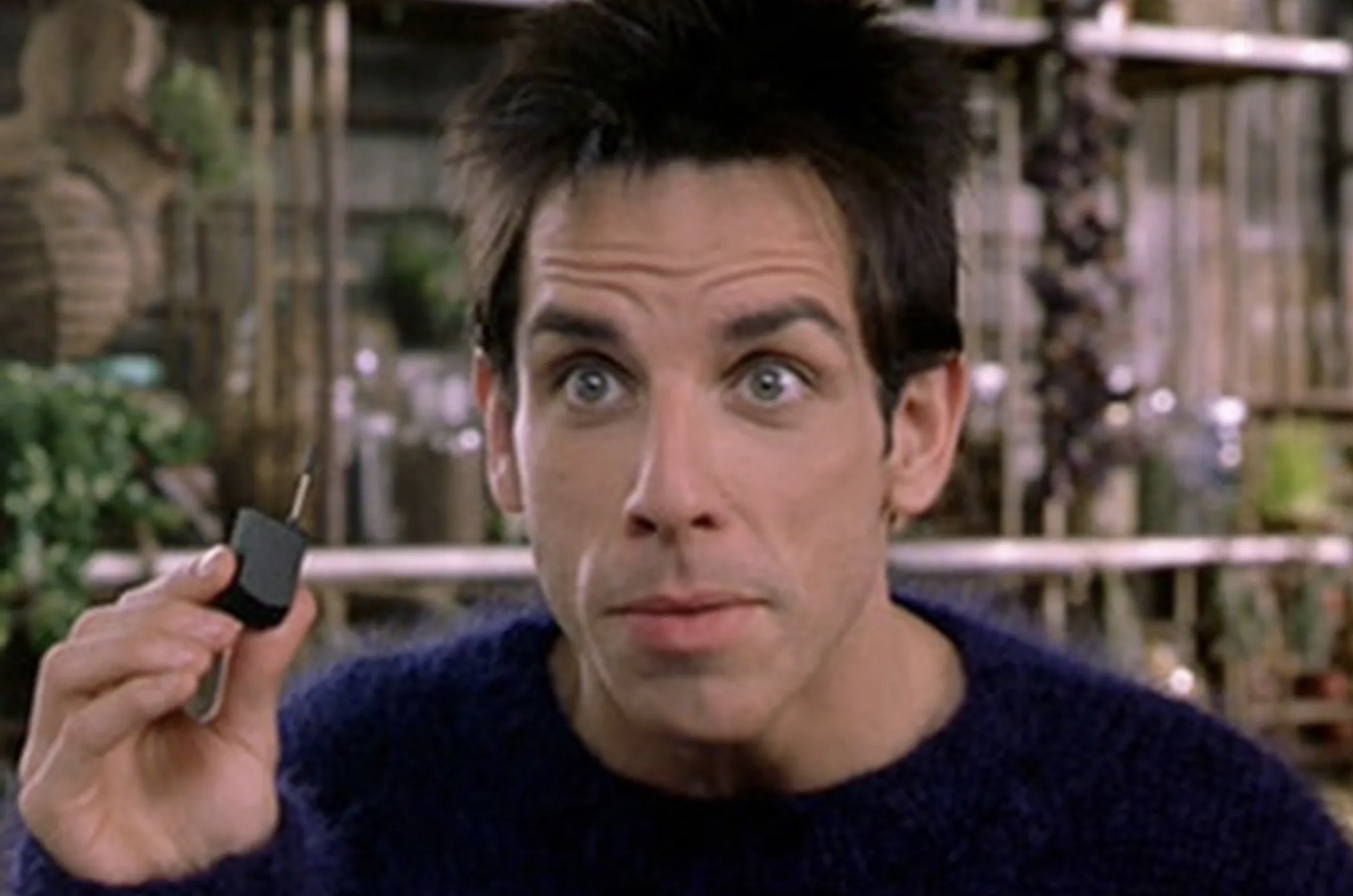 Exactly, would have been a more interesting exercise if the smaller case actually housed all the necessary components.
Reactions: ItWasNotMe, iAssimilated, mjs916 and 2 others

Well, if it works for a trillion-dollar company… 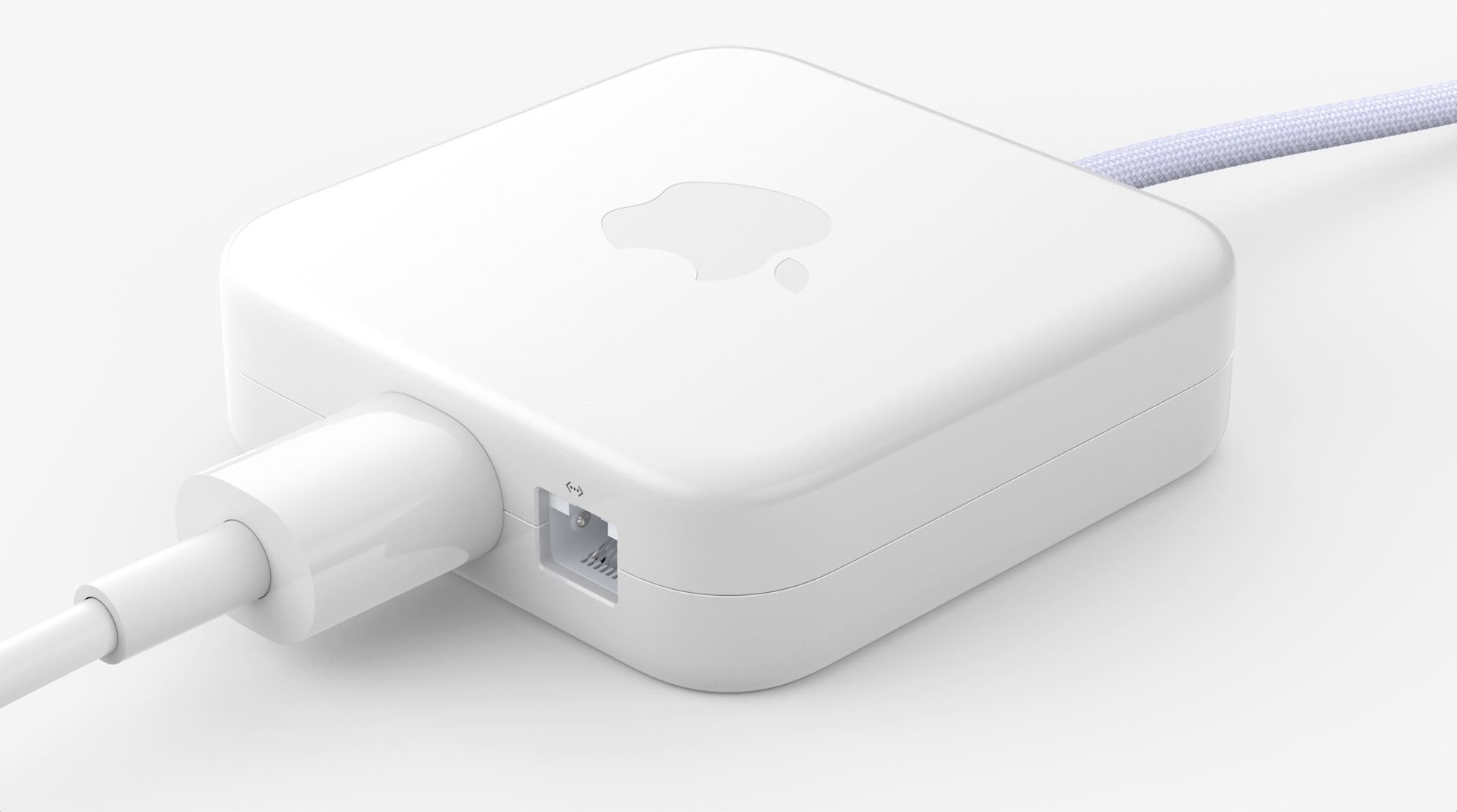 keep the same size and give us rams and nvme slots please...
Reactions: mainemini, ekwipt, TMax and 6 others

This is actually better. Aside from a smaller design, if an electrical failure happens in the power supply, it is easily replaced for presumably under $100. Even instantly swapped out. The alternative, with a built-in power supply, is that your computer needs to be repaired and is unavailable in the meantime, and may cost more because of labour.

I love the way the Apple Marketing Machine has done its work and people are now calling storage "unified" and not what it actually is; Non-upgradable. ??‍♂️
Reactions: Nicole1980, SirAnthonyHopkins, N69AP and 7 others

beanbaguk said:
I love the way the Apple Marketing Machine has done its work and people are now calling storage "unified" and not what it actually is; Non-upgradable. ??‍♂️
Click to expand...

We all know that the unified RAM is not upgradable. Soldered RAM is nothing new--companies have been doing it for ages. But the "unified" aspect of the RAM on an M1 is a great feature. For most consumers there is nothing wrong with this setup. For prosumers and pros...hopefully they have a machine or two that is more upgradable. We'll see.
Reactions: the future

Yeah, but that can go on the floor or out of the way of your main setup. I'll admit the Mac mini is kind of silly big for M1
Reactions: mainemini, DeepIn2U, JKAussieSkater and 2 others
You must log in or register to reply here.
Share:
Facebook Twitter Reddit Email Share Link
Register on MacRumors! This sidebar will go away, and you'll see fewer ads.
Sign Up
Top Bottom