I've noticed this to varying degrees over the past few months: I would close my notebook, place it in its case, and keep it in my bag to travel to or from work. I may not use it for a day or two. When I wanted to resume work on the machine, let's say 36 hours later, the battery is depleted and I get the drained battery icon on the screen.

Just today, my wife pointed out that my notebook was warm, despite me not having used it in a day or so. It had been closed, and she had unplugged it from the wall to plug her charger in (so, presumably my notebook's battery was fully charged at the time it was unplugged). When I opened it up, I again go the drained battery icon on the screen.

I reset the SMC and NVRAM. I also looked in Activity Monitor for processes "Preventing Sleep". The processes that showed up with a "yes" in that column were "hidd", "powerd", "cloudd", "sharingd", and "useractivityd". Some processes came and went, but there were at least two active at any given time.

Any thoughts on how to troubleshoot this further?

Just a quick follow-up to see if there were any thoughts on this.
T

Macbook Air - battery drains while sleeping (but not when shut down)

My macbook air (13-inch, mid 2011) battery drains from ~100% to ~85% over night. The problem only started a few months ago. I'm currently running yosemite, but the problem started while on maveri... 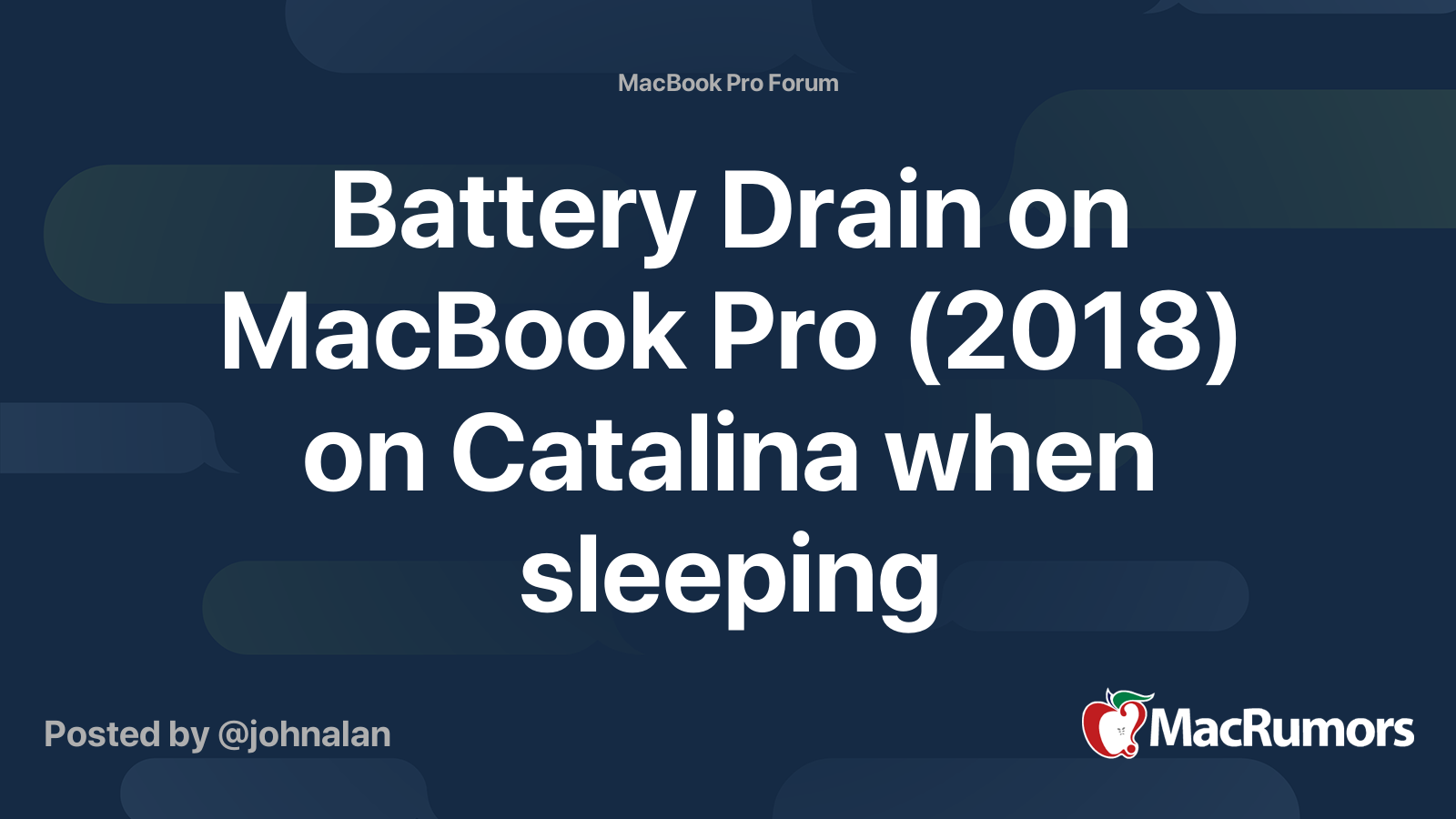 Battery Drain on MacBook Pro (2018) on Catalina when sleeping

Hello, I've noticed insane battery drain on my MBP since moving to Catalina, even with the new .1 release installed. E.g. Last night put the machine to sleep, nothing running, no rogue processes in activity monitor, no active apps, 44% battery, this morning it was down to 2% (7 hours later)... 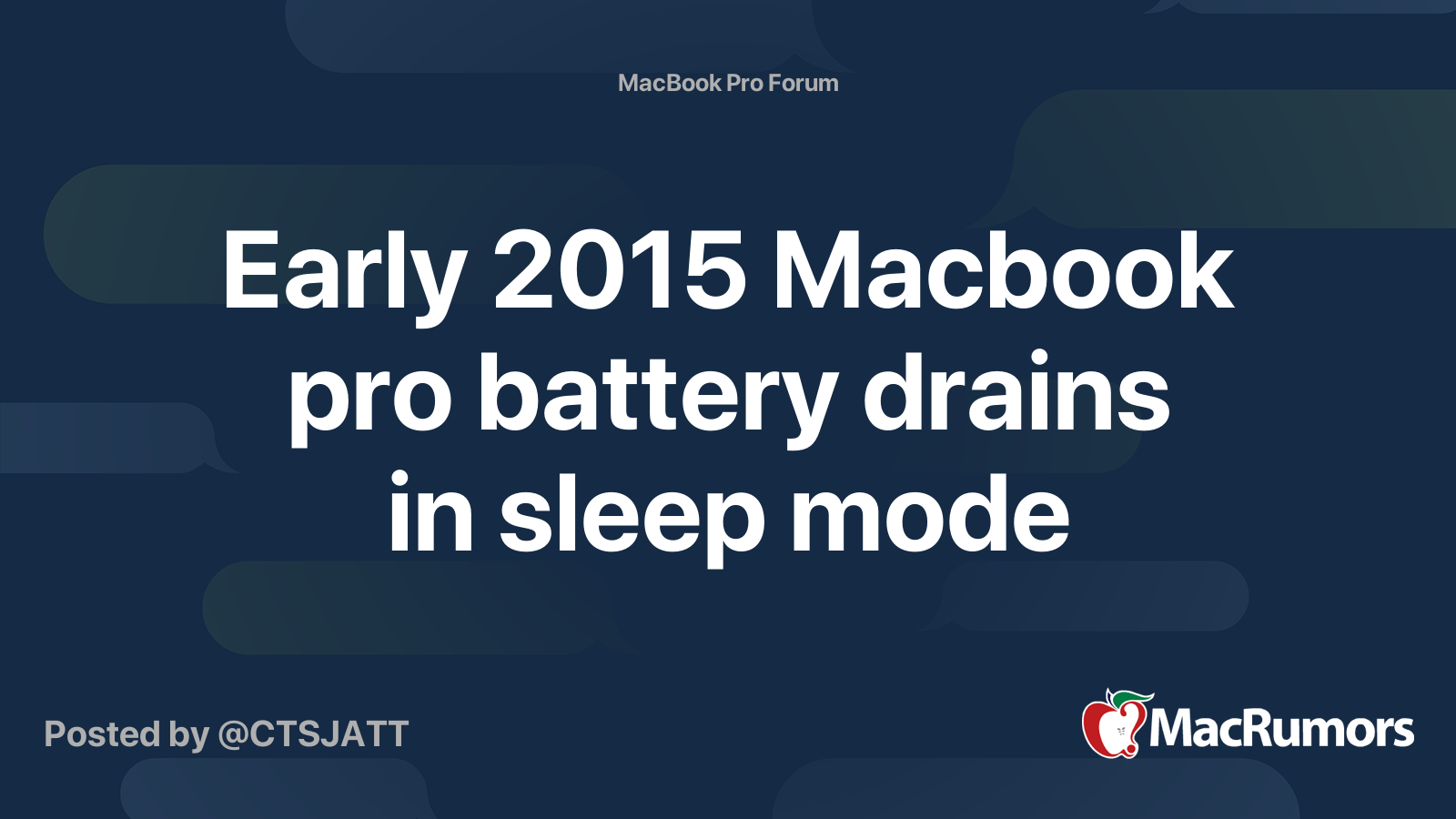 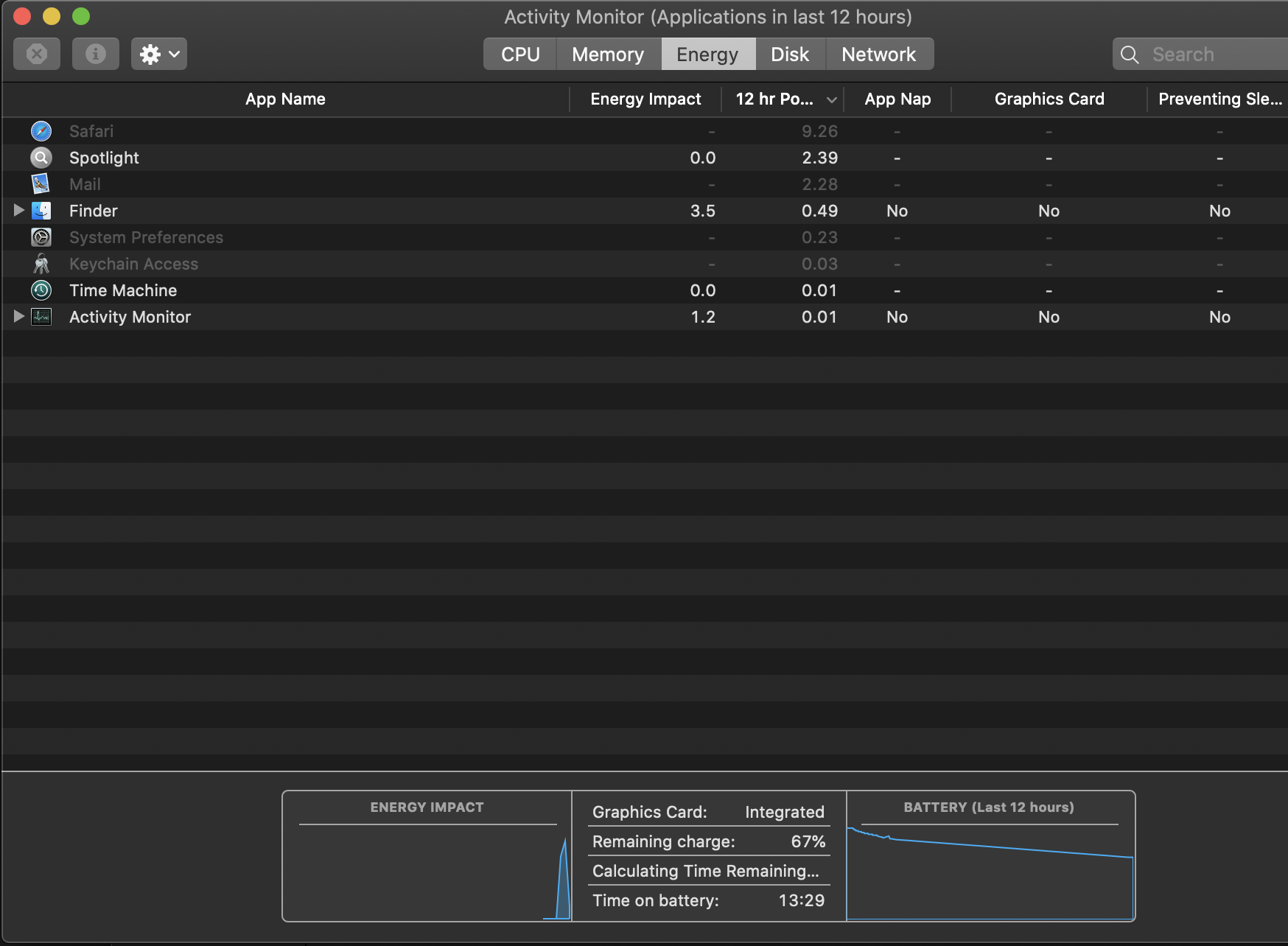 I bought a 16" 1tb/32GB/5500/8GB last week in BestBuy. After a full week of observing and trying to understand (with apple support) why my battery would drain over night (around 20% sometimes more), I finally returned under the advisements of the Genius Bar. Sometimes it would be pretty hot when...

Thanks tCC. I know, "search function is your friend" and all.

There are so many threads relative to battery issues, it was hard to filter them all. Thanks for pointing me in the right directions. Stay safe.
T

Yep, but sometimes can't find anything myself

Anyway, try this for a good starter:
sudo pmset -b hibernatemode 25

This enables hibernation instead of standby during battery usage (on a modern MacBook resuming the laptop only is a couple of seconds slower, but will not drain your battery overnight).

And did this myself as well (don't use Find My Mac and I guess it will report anyway when the laptop's being powered on):
sudo pmset -b tcpkeepalive 0