iPad Pro models set to be released in 2018 will come equipped with a TrueDepth Camera and will support Face ID, KGI Securities analyst Ming-Chi Kuo told investors in a note this morning.

Kuo believes Apple will add TrueDepth cameras to the iPad Pro to introduce a user experience that's consistent with the iPhone X and boost competitiveness. With all high-end iOS devices equipped with TrueDepth Cameras, "ecosystem development" will also benefit. 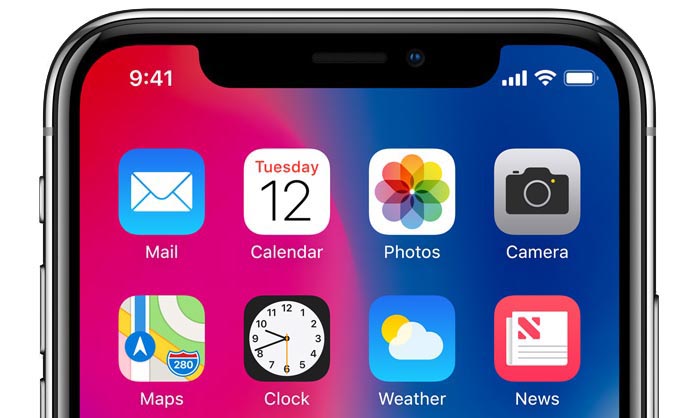 According to Kuo, TrueDepth Cameras will be limited to the iPad Pro, which is Apple's main flagship tablet device. Kuo also predicts 2018 iPhone models will adopt the new camera technology coming in the iPhone X, as he has mentioned in a previous note.

The iPhone X, Apple's first product with a TrueDepth Camera for Face ID, is set to be released to the public on November 3. It's not clear when the company plans to introduce new iPad Pro models, but the new devices could come as soon as the first half of 2018. The iPad Pro was last updated in June of 2017, introducing a new 10.5-inch model with slimmer bezels and new display technology.

Since this is the radical new OLED iPad, it could have a similar design to the iPhone X.

Except the increased bezel and body size should mean no notch.
Last edited: Oct 9, 2017
Reactions: eyeseeyou and Pentium

Awesome news, but when will we also see a full screen OLED like the X?
Reactions: ThaRuler and Will.O.Bie

Hope they do away with a physical home button.
Reactions: ThaRuler, ILikeAllOS, Karma*Police and 3 others
M

I basically told my self that i would not get a new iPad pro (i have the 1st 12.9 model) till faceID.

I spend the weekend on the iPad pro for about 16 hours of work related matters and no more touch ID would make my experience even better.
Reactions: Cameroncafe10a, ILikeAllOS, kingpushup and 4 others

Now the obvious question is when it will come to the macs instead of just the iDevices.
Reactions: bwillwall, Cameroncafe10a, ILikeAllOS and 7 others

And what about Macs? Oh right, not a priority for Apple.
Reactions: szabogabor10, CmdrLaForge, kazmac and 1 other person

Bigger question is what the 2018 iPhone line-up will look like.
Reactions: Ladyc0524, tomaszk and Avieshek
A

That would be a super hot looking iPad.. it would need a really big battery to power all that display.. also, the overall size would also be reduced...
Reactions: Avieshek

I basically told my self that i would not get a new iPad pro (i have the 1st 12.9 model) till faceID.

I spend the weekend on the iPad pro for about 16 hours of work related matters and no more touch ID would make my experience even better.
Click to expand...

This makes zero sense. Why exactly is using Touch ID such a "burden" for you? How exactly would holding a giant iPad to your face be magically better? Seriously, Please tell us.
Last edited by a moderator: Oct 9, 2017
Reactions: elev8d, GenesisST, polbit and 9 others

New keyboards and cases to sell when they change the size again.
Reactions: zilba25, JPIndustrie and Adelphos33

If the phone is $1,200 I'd hate to see how much Apple will try and charge for an OLED based iPad (which I'd love, I hate the iPad display.)
Reactions: elev8d and FasterQuieter
A

Less likely, I think - there's a good argument for the continued existence of some sort of bezel on iPad, as they can't be grasped by the edges alone. If there's a bezel, the notch is unnecessary.

I'm also expecting to see this migrate to Mac. Whether in 2018 or 2019 I won't guess.
Reactions: allonym

It's what one would expect, there's really no big science to predict it.

More interesting would be to know when and how are iPads getting a complete redesign following the iPhone X.
0

This pretty much confirmed that Touch ID is not coming back.
P

Please give us touch id as well.
Reactions: motulist

Man can't wait to see the price tag on that sucker.
Reactions: Kopa

Not a question of if but when. Though 2018 may just be a tad bit to early for iPads to adopt this technology.

... and that’s the bezel-less iPad I’m waiting for since forever.
Reactions: jterp7 and Merlin9

Can't wait, will be a nice upgrade. Hoping for something just like this. 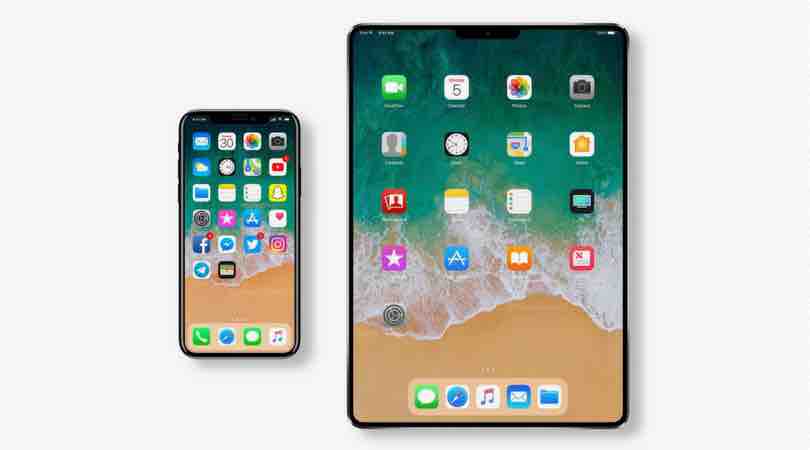 mmm1345 said:
This makes zero sense. Why exactly is using Touch ID such a "burden" for you? How exactly would holding a giant iPad to your face be magically better? Seriously, Please tell us.

I didn't have any coolaid but I noticed my 89 year old mother would not use the touch ID correctly. Such as placing the finger to high or not remembering which finger she used to train it. They actually uses the passcode most of the time as it is more natural for her. Maybe the Face ID would help with her and other people in that category. For most people, Touch ID works fine.
Reactions: MadeTheSwitch and macsplusmacs
You must log in or register to reply here.
Share:
Facebook Twitter Reddit Email Share Link
Register on MacRumors! This sidebar will go away, and you'll see fewer ads.
Sign Up
Top Bottom