Pre-orders for Apple's 2018 iPhone lineup will take place on Friday, September 14, according to information Macerkopf sourced from German carriers.

German mobile service providers are said to be planning for pre-orders that will take place on September 14, which would suggest an announcement earlier in the week, perhaps on September 11 or 12. 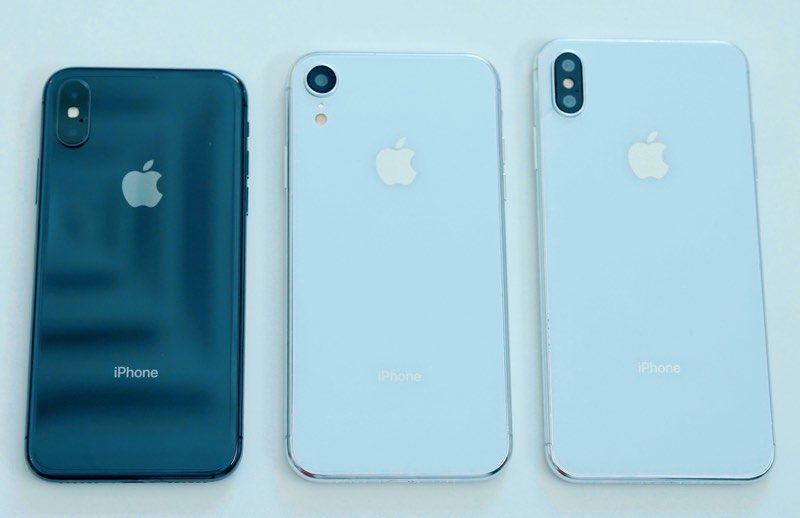 Apple often announces new iPhones during the second week of September, so we have been counting on an event right around September 12. A September 14 pre-order date is in line with past pre-order and event dates, which are listed below:

Back in 2012, when September 11 also fell on a Tuesday, Apple opted to hold its event on Wednesday, September 12 instead, and it's believed Apple will do the same thing this year.

Following the September 14 pre-order date, iPhones will begin delivering to customers the following Friday, September 21, which will probably be the official launch date for the device.

Apple is expected to send out media invites for its event at the end of August, which is when the date will be confirmed. This year's event is likely to be held at the Steve Jobs Theater on the new Apple Park campus.

This year, Apple is rumored to be unveiling three new iPhones, all of which will sport edge-to-edge displays, no Home button, and support for Face ID. There will be a second-generation 5.8-inch OLED iPhone, a larger 6.5-inch OLED iPhone, and a more affordable 6.1-inch LCD iPhone.

Article Link: 2018 iPhone Pre-orders to Take Place on September 14 According to German Carriers

Doing the finger push up to increase speed and stamina for preorder day/night.
Reactions: Paul6s, briankeith513, jbizzybeetle and 13 others

Think we’re all well versed in the release pattern these days. Doesn’t take a genius does it?
Reactions: Oblivious.Robot, Moorepheus, Glideslope and 2 others

Yeah Wednesday makes more sense. Tuesday is September 11th. The new iPhone and Apple Watch will likely be in our hands on September 21st.

Can't wait to wake up in the middle of the freaking night to preorder. I wish they would stop treating their customers like garbage when it comes to preorders!
Reactions: TheYayAreaLiving 🎗 and C7 POWER
I

I am so beyond ready for the 6.5 inch.
Reactions: Jetcat3, comptr, iScone and 2 others

Ugh I just hope we don’t have to wait until November like last year for the good one(s)
Reactions: briankeith513, BrennanWDavis and rafark
A

This is the first year that I may not purchase a new iPhone. I've owned every one since 2007 but I love my iPhone 8 Plus Form factor so much and don't want to move to FaceID or the Notch. I hope that they'll keep the iPhone 8 form factor for one more year.
Reactions: GrumpyMom, Moorepheus and Glideslope

I am ready to pre order the 6.5!!
Reactions: iScone and Paul6s

tigertazz said:
Doing the finger push up to increase speed and stamina for preorder day/night.
Click to expand...

New iPad Pro and new Apple watch series 4 is what I am preparing my wallet for this year.
But looking forward to see the new iPhones and the improvements this year. Hopefully second gen Face ID, better battery, faster charging, even better camera, and the smoking fast A12 processor.
Reactions: 19callum93, T-Will and johnyslats

chasonstone said:
I am so beyond ready for the 6.5 inch.
Click to expand...

Mannnn you and I both. This is a big year for me tech wise.
Reactions: tridley68

99% sure I'll be skipping this year.
Reactions: agsystems, Oblivious.Robot, 19callum93 and 3 others

johnyslats said:
Think we’re all well versed in the release pattern these days. Doesn’t take a genius does it?
Click to expand...

Not necessarily. Some people might not know....example: my grandparents....they ask me when are the next phones coming out.
P

newyorksole said:
Mannnn you and I both. This is a big year for me tech wise.
Click to expand...

Sucks I have to wait till 2nd November to order...oh well
M

Gonna suck for all the IUP users who would like to upgrade to the new iPhone on launch day.
Reactions: WarHeadz

pat500000 said:
Not necessarily. Some people might not know....example: my grandparents....they ask me when are the next phones coming out.
Click to expand...

I didn’t say everyone. "We're" relates to those who read my statement in the forum section of a Macrumors article. Pretty strong chance anyone here is clued up on the release strategy
Last edited: Aug 20, 2018

The Game 161 said:
Sucks I have to wait till 2nd November to order...oh well
Click to expand...

Why? You’re on the iPhone Upgrade Program? You can still order when ordering goes live ya know.

MarcMller said:
Gonna suck for all the IUP users who would like to upgrade to the new iPhone on launch day.
Click to expand...

I'm curious what they will do for us? Am I going to have to pay two payments on my X along with first payment + tax on the new one? Or will they let it slide for day one users?
P

thenewyorkgod said:
Hoping for a surprise SE2!
Click to expand...