Apple's next-generation MacBook Air will feature a mini-LED display and launch in 2022, according to DigiTimes. 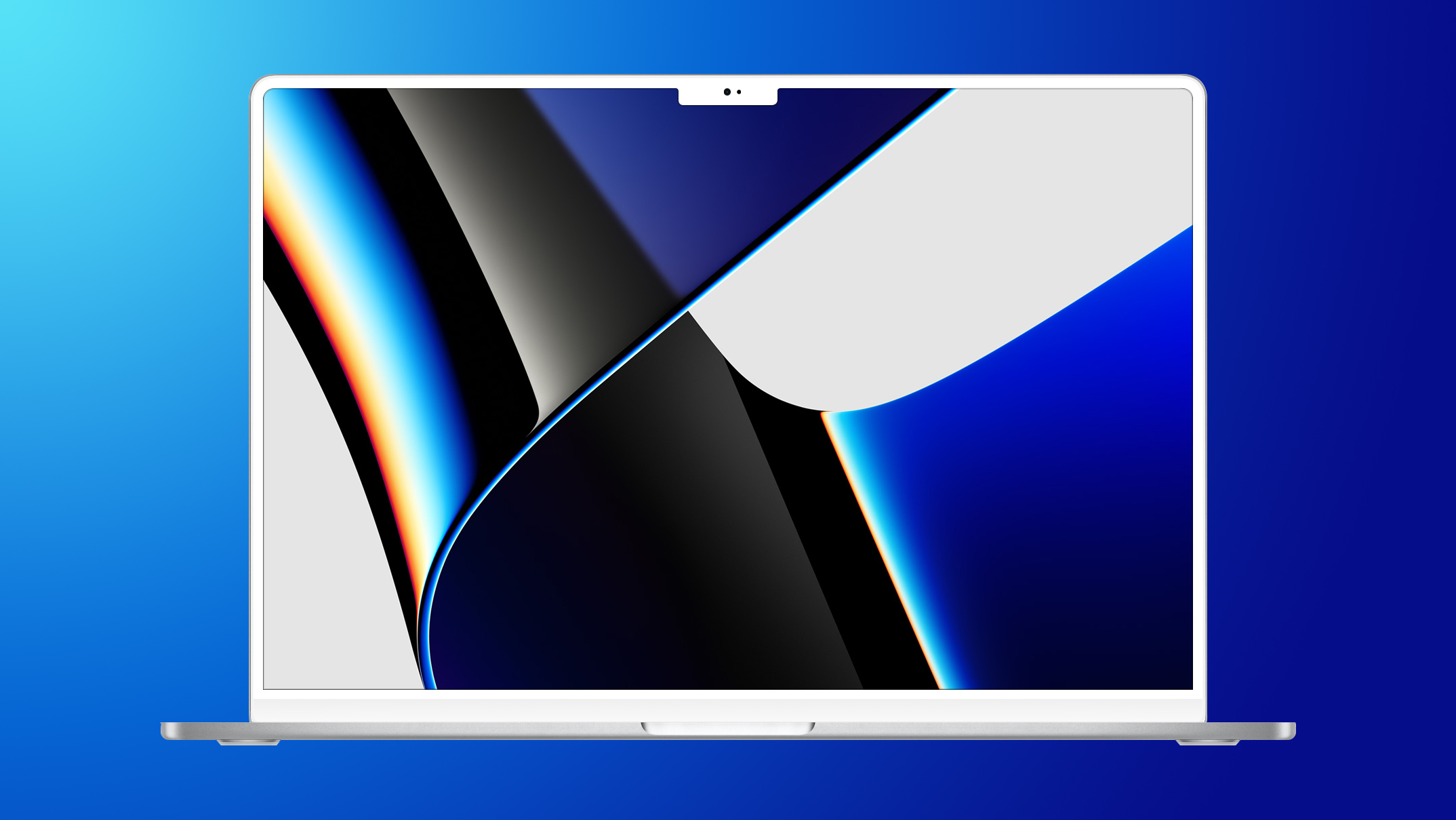 DigiTimes previously said that the MacBook Air is set to get a mini-LED display in the future, but the Taiwanese publication has now doubled-down on the claim.

Citing industry sources, the latest report says that Apple is "likely" to adopt mini-LED backlighting for a MacBook Air with a 13.3-inch display. The device is rumored to launch in 2022.

The new mini-LED model is expected to boost MacBook Air shipments by around two million units next year. The report added that the 11-inch iPad Pro is also likely to adopt a mini-LED display in 2022.

The claim comes after the launch of the 14- and 16-inch MacBook Pro models, which both feature the first mini-LED displays on a MacBook, stylised by Apple as "Liquid Retina XDR" displays. Rumors of a mini-LED MacBook Air have been floating around for some time, with the reliable Apple analyst Ming-Chi Kuo repeatedly saying that the 2022 MacBook Air will feature a mini-LED display.

Apple now uses mini-LED technology for a range of its high-end devices, including the Pro Display XDR, 12.9-inch iPad Pro, and the 14- and 16-inch MacBook Pro. Mini-LED on the MacBook Air would be a significant development in Apple's product lineup because the technology has been reserved only for "Pro" products thus far.

Mini-LED display technology brings a significant improvement display quality, allowing for thinner, lighter designs while offering benefits like improved wide color gamut, high contrast and dynamic range, and truer blacks. Several reports have suggested that MacBooks will be the main driver of mini-LED panel shipments going forward as Apple transitions to the technology across many of its products with displays.

Digitimes again copy paste what other real leakers said yesterday
Even a chicken can copy paste nowadays
Reactions: ZZ9pluralZalpha, lyngo, Armada2 and 3 others

As always, Apple is unifying their product line. Bringing ProMotion from iPad to iPhone to Mac. Notch is coming to Mac. It's usually just a question of "when" these features are brought to other products, not if.
R

White bezels? Again? They dropped them on the iPad and iPhone why put them on the iMac and now on the MacBook Air? It totally hurts anyone's eyes! Please do Apple customers a favor and FIRE the design department!
Reactions: boston04and07, sideshowuniqueuser, The Weatherman and 12 others

I don’t really like the white bezels, but will probably end up being a fantastic laptop.
Reactions: Falhófnir and Black.Infinity

White bezels looks so cheap yuuuuuuuk
Even worse, a white notch i can't believe it
Reactions: The Weatherman, Oblivious.Robot, rezzo and 9 others

NBAasDOGG said:
I don’t really like the white bezels, but will probably end up being a fantastic laptop.
Click to expand...

This white bezel thing is really upsetting me. I hated it on the iPod touch. I hate it on the new iMac. As long as they keep it to the consumer grade and leave black to the pro stuff then I guess I can just turn away and pretend it doesn't exist. But geez. Come on. It's horrible. Really really horrible.
Reactions: boston04and07, The Weatherman, decypher44 and 6 others

Nowadays apple products are good (anyone). In my case I decide based on ugliness. I chose my iPhone based on which one was the less ugly (color, form factor, etc.). The same happened with my new laptop, I'm not going to buy a MacBook Pro with 2000's design. So I chose the current MacBook Pro with the M1 chip. Same happened with the homedpods I got, I don't need child speakers in my home, so I choose the original HomePod. By the way I bought the pro keyboard because I can't stand white keys. I may be crazy or different as apple used to call it.
Reactions: robertts and boqurant

I just hope there are dark colors as well, maybe even a black one!

I'm not an Air fan, but if it's good, more people will buy it, raising Apple's share in the market and attracting more Games/Apps for us.

If they offered a dark model with black bezels and keyboard, I'm sure it would sell a lot more than any of the other colours. They should do the same thing with the iMac.
Reactions: TheYayAreaLiving 🎗, Falhófnir and Black.Infinity
A

I think the white bezels look good, finally a fresh look and not always the same old thing we've had for 15 years now.

Let’s notch it up with an off white.

At least there’s the white polish cloth to match the white bezels and notch. I mean, you can get it when it’s no longer backordered.
Reactions: decypher44 and kerr

Imagine a TV with a white bezel…
Reactions: ironpony, The Weatherman and kerr

I personally can’t see miniLED coming to the Air line, Apple will want to keep costs down on this machine… adding miniLED will likely force the price up to $1199 or maybe more.

I personally expect the colours, the white bezels/keyboard, new chassis, M2, Magsafe that’s pretty much it.

MiniLED seems to be geared towards the Pro line of devices, even the iPad Air has had zero rumours of miniLED (only OLED rumours), but even that has fallen through so it will likely still get an LCD display next year.

bobtem said:
Imagine a TV with a white bezel…
Click to expand...

That’s actually pretty nice on a white wall… The tv just fades away when watching content and you’re left with just the image. Check Samsung The Frame.
Last edited: Oct 22, 2021
Reactions: travelsheep, The Weatherman, decypher44 and 2 others
S

I don’t get the hate either. It’s just a border. Who cares? You’re looking at what’s inside it.

Why does everything have to be black and grey? Like a rainy day how depressing
Reactions: The Weatherman, AreYouIn?, Tagbert and 1 other person

It's not the wacky colors or the notches that are going to drive me away from the Mac, it's their stubborn refusal to create a large-screened notebook with a high refresh rate that doesn't include overpowered CPUs and GPUs I don't need.

I don't know if Apple knows this or not, but there are plenty of working professionals who benefit from expansive screen real estate and additional screen smoothness and responsiveness but who do not do photo editing or video rendering.

It sure would be nice if they'd remember we exist. But then why should they, when they can ignore us and count on us to buy super expensive devices we don't actually need just to get the features they're intentionally withholding. It's starting to feel more and more like extortion.

I've been waiting for years for that rumored 15-16" MacBook Air, but I think it's time to give up and move on.
Reactions: Abstract
D

Seanm87 said:
I don’t get the hate either. It’s just a border. Who cares? You’re looking at what’s inside it.

Why does everything have to be black and grey? Like a rainy day how depressing
Click to expand...

It isn't just because black looks better, it's because the screen can only blend into a black background. If you care about the image on the screen, this is important... i.e. if you are editing photos, watching video or doing graphic design etc. White around your image will throw your judgements off when editing.

Luckily Apple seem to realise that professionals need black borders, so hopefully there will be a Pro version of the iMac with this feature to match the new MacBook Pros.
Last edited: Oct 22, 2021
Reactions: caaalebbb, ironpony, sideshowuniqueuser and 3 others
You must log in or register to reply here.
Share:
Facebook Twitter Reddit Email Share Link
Register on MacRumors! This sidebar will go away, and you'll see fewer ads.
Sign Up
Top Bottom