Following the highly accurate leaks about the new MacBook Pros that were first reported by MacRumors, we now have clearer details and more certain expectations about the next-generation MacBook Air that Apple is working on. Here's everything we've learned in the past few months. 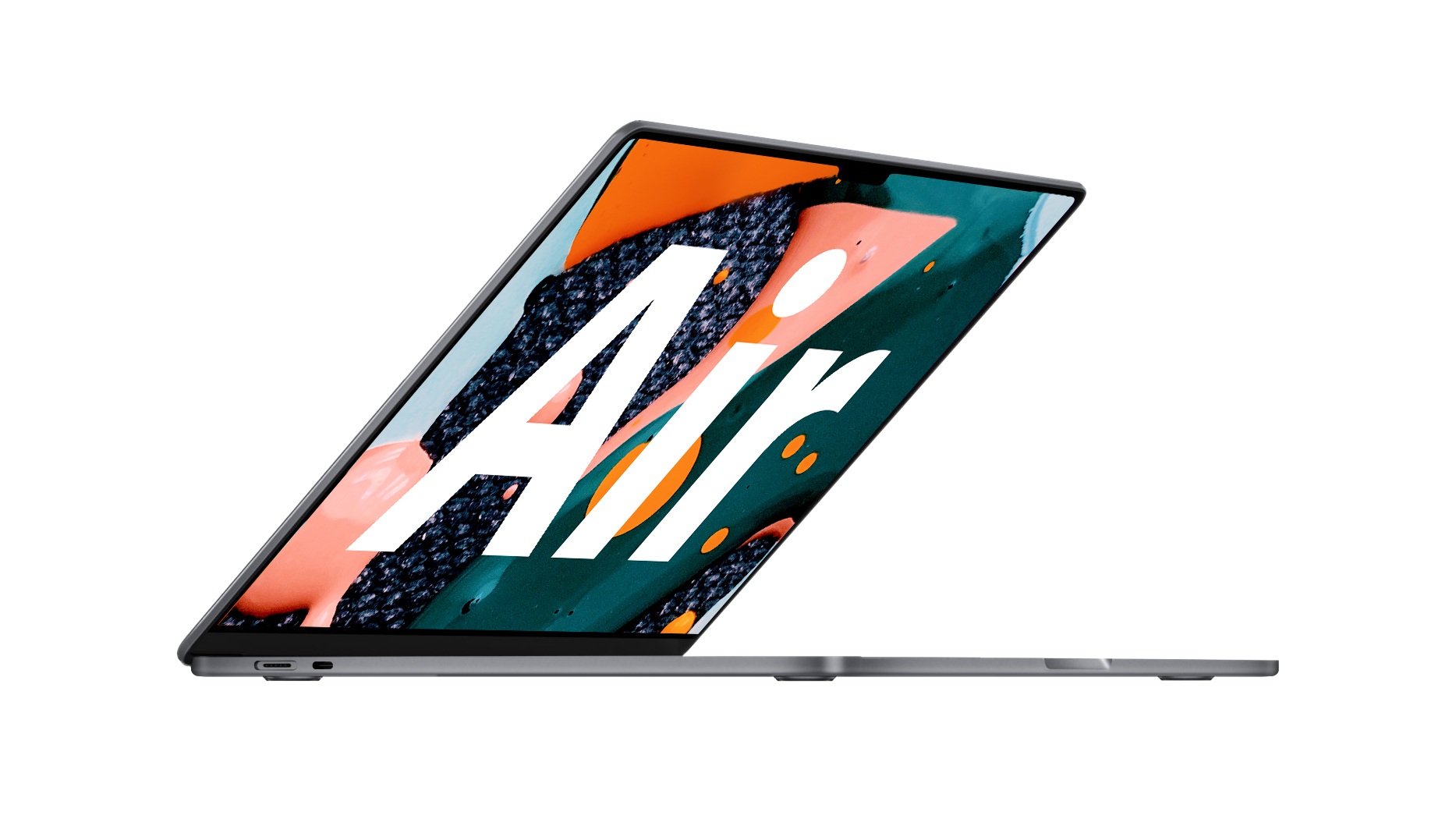 The next-generation MacBook Air will feature a notch in the display housing. This is according to Ty98, the same leaker who was first to mention the notch on the new 14-inch and 16-inch MacBook Pros. This detail was mentioned in the same highly accurate forum post from August 19 discussing the new MacBook Pro models. 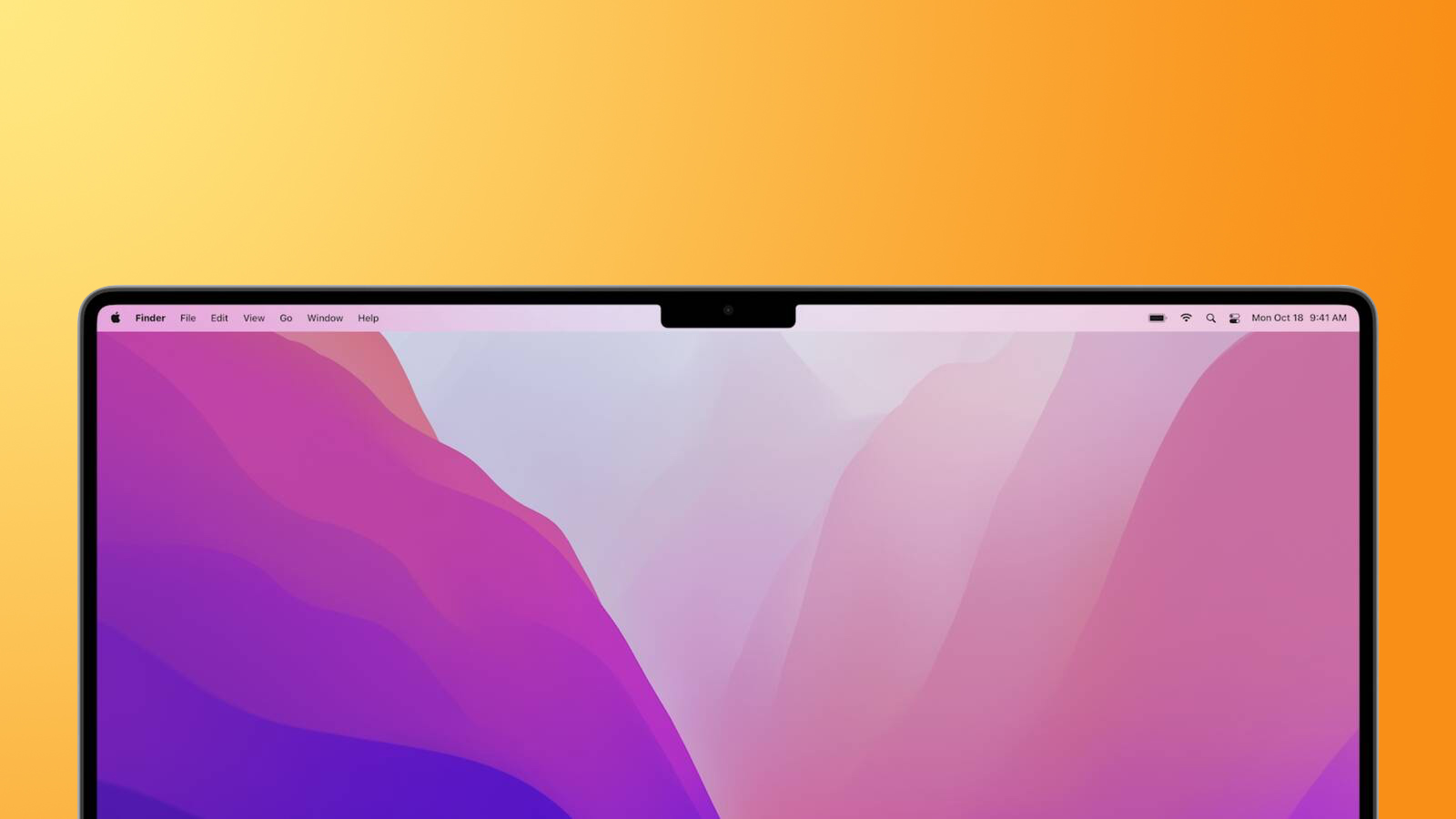 The likelihood is that, similar to the MacBook Pro, there will be no Face ID in the next MacBook Air, as the notch will house only the camera and ambient light sensor plus an indicator light.

Ty98 also said that the next MacBook Air will "look much better" because Apple will eliminate the current wedge design that has been synonymous with the company's thinnest notebook since October 2010, when the tapered unibody chassis was introduced. The tapered design transitions from thicker at the back to thinner at the front, whereas the new, more uniform design will be not only "light" but "very round," according to the Chinese leaker. 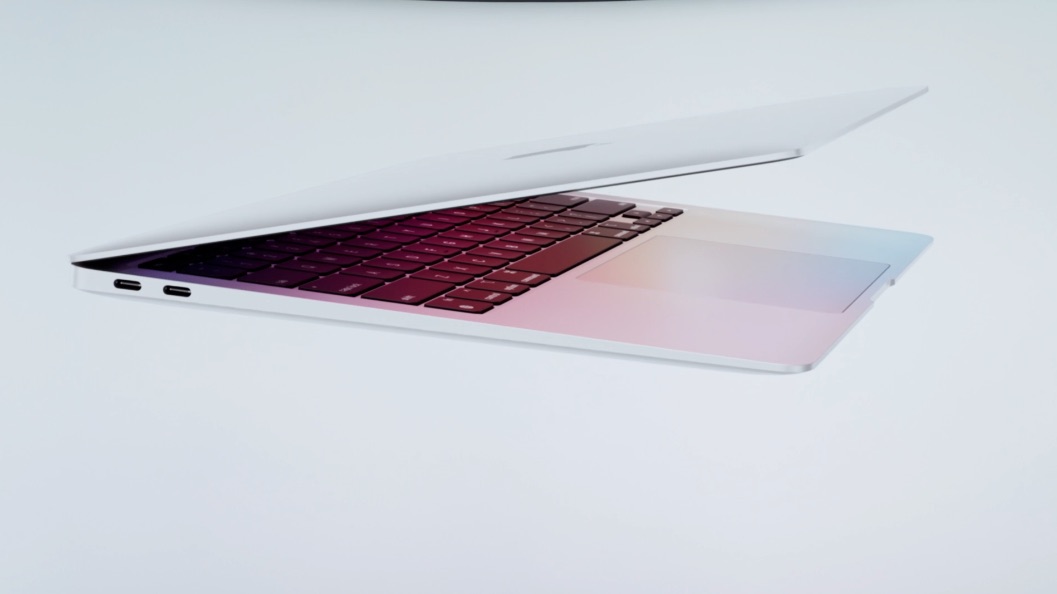 Wedged tapered design of current MacBook Air​
Other ‌MacBook Air‌ rumors have also suggested that Apple is designing a thinner and lighter version of the machine with thinner bezels than the current model. For example, Bloomberg's Mark Gurman in January reported that Apple is working on a "thinner and lighter" version of the MacBook Air, which is likely to achieve a smaller profile by shrinking the border around the 13-inch screen. On a related note, Apple considered building a larger version of the MacBook Air with a 15-inch screen, but Apple isn't moving forward with this for the next generation, according to Gurman.

Given that Apple has adopted a black well for the keyboard and full-size function keys on the new MacBook Pro models, as was predicted, it would seem logical for Apple to bring this look to the MacBook Air as well. Such a change would also necessitate a smaller trackpad.

Apple analyst Ming-Chi Kuo was first to report that the MagSafe charging connector would return to Apple's MacBooks in future designs. That has already been realized in the just-announced MacBook Pro models, but Gurman has since claimed MagSafe is also coming to the MacBook Air. 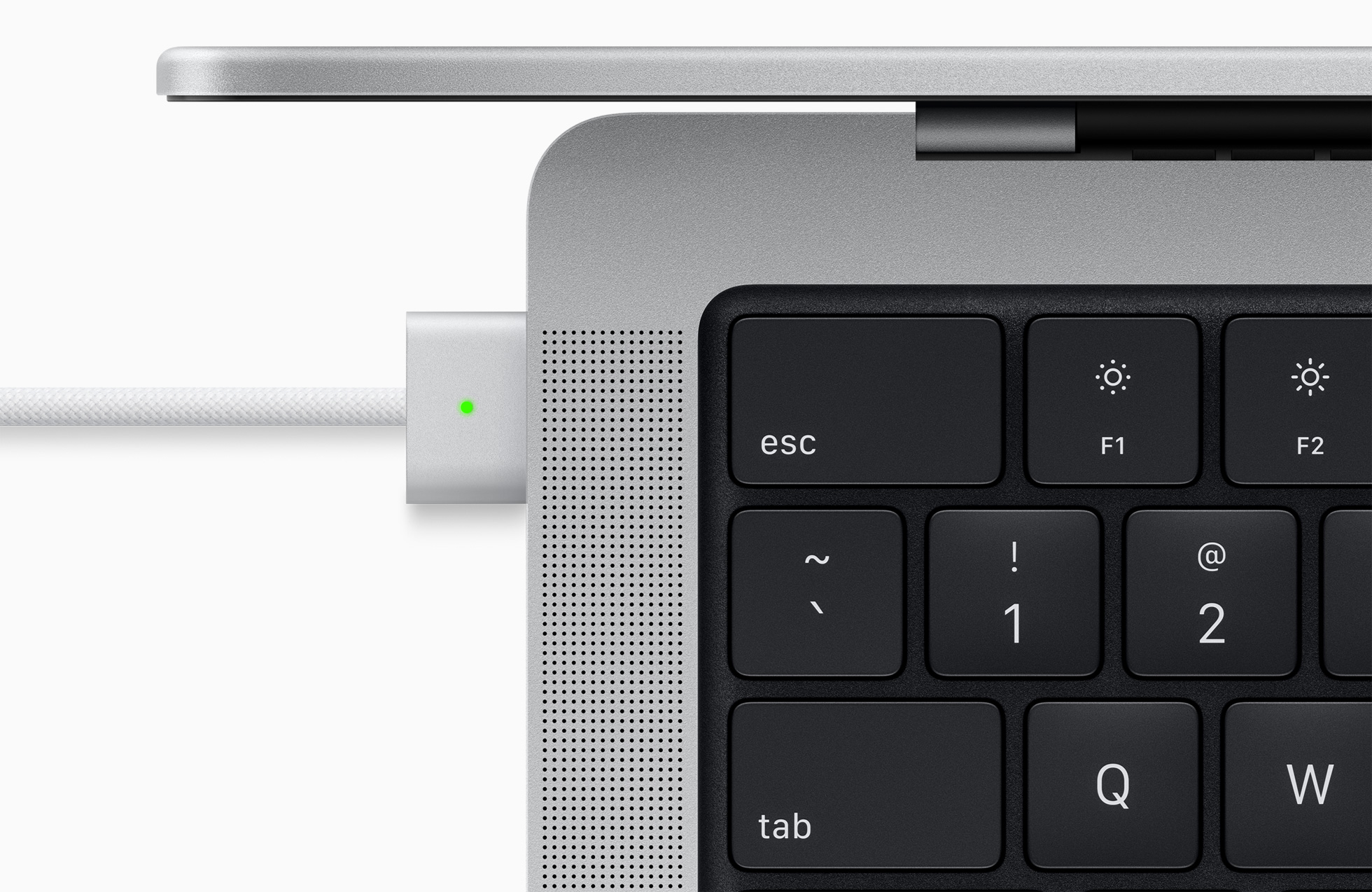 In Gurman's report, he clams that MagSafe will feature in the new 13-inch ‌MacBook Air‌ model in addition to a pair of Thunderbolt/USB4 ports for connecting external devices.

Apple this week unveiled the M1 Pro and M1 Max chips, which are specially designed for the new MacBook Pro machines. These chips share high-performance architectures aimed at sating the needs of resource-hungry creative professional workflows, therefore are unlikely to feature in Apple's entry-level MacBook offering. 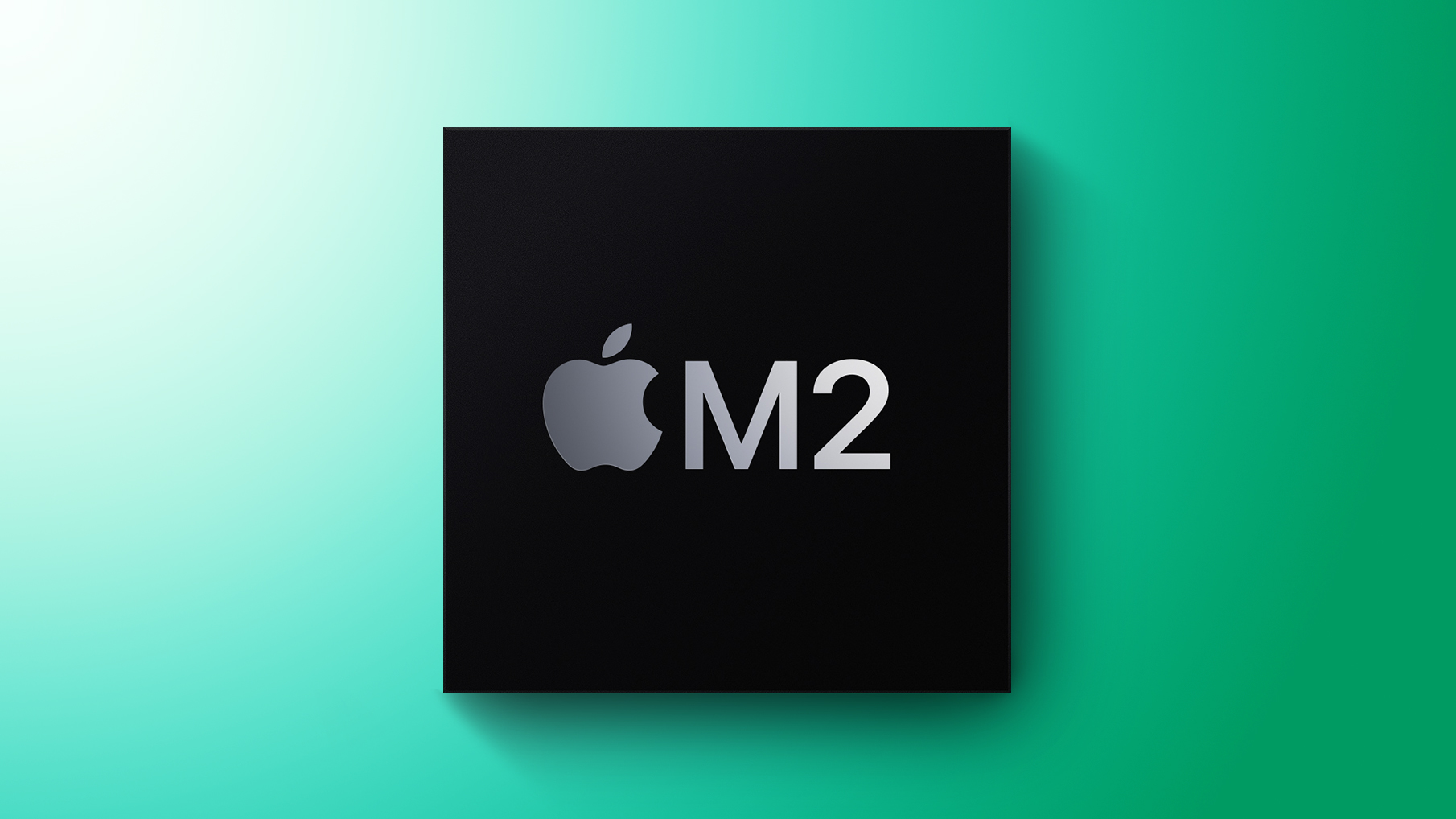 Instead, Apple is expected to debut a high-end "direct successor" to the M1 processor found in the 13-inch MacBook Pro, Mac mini, and current MacBook Air. The new chip, codenamed Staten, will include the same number of performance and efficiency cores as the M1 but will run faster, according to Gurman. It will also see the number of graphics cores increase, from seven or eight, to nine or 10. In addition, Gurman says Apple plans an update to the low-end 13-inch MacBook Pro using the same chip.

The new chip in the next MacBook Air could take the moniker "M2." This revised nomenclature is based on rumors from leakers Jon Prosser and Dylandkt, both of whom have accurately predicted some of Apple's plans in the past.

According to Kuo, the ‌MacBook Air‌ will feature a mini-LED display, a prediction also echoed by DigiTimes. Both the new 14-inch and 16-inch MacBook Pro feature mini-LED-based Liquid Retina XDR displays, and there is good reason to expect if not an identical specification display, then a mini-LED variation in the MacBook Air. 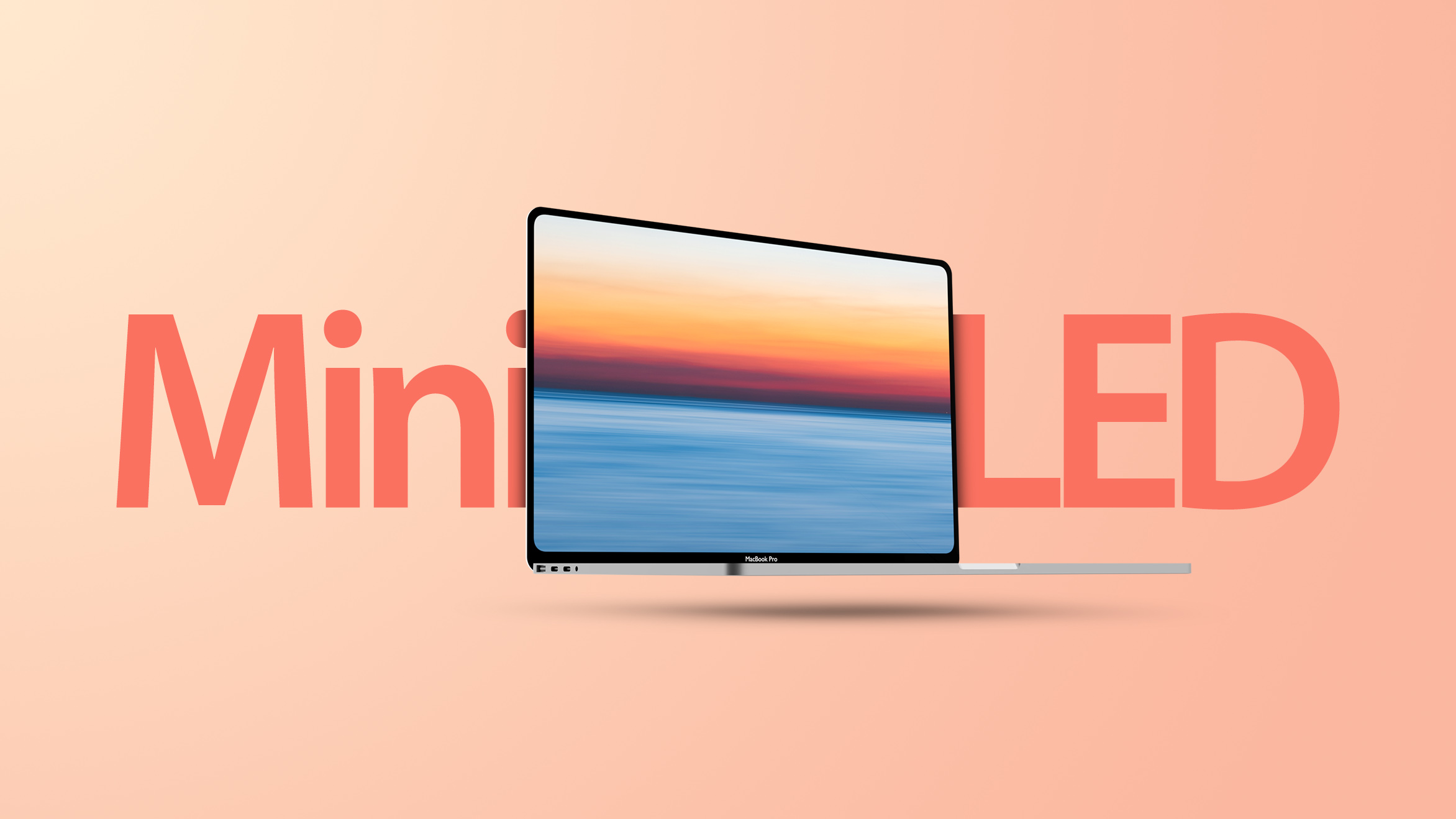 Mini-LED display technology brings a significant improvement in MacBook display quality, allowing for thinner, lighter designs while offering benefits like improved wide color gamut, high contrast and dynamic range, and truer blacks. Several reports have suggested that MacBooks will be the main driver of mini-LED panel shipments going forward as Apple transitions to the technology across all of its display-based products.

Multiple Colors Could Be Coming

According to Apple leaker Jon Prosser, Apple's upcoming release of the MacBook Air will feature various colors, similar to the colors in the current 24-inch iMac. Prosser has shared concept renders of MacBook Airs in several colors, and his source has told him he has personally seen a prototype of a blue MacBook. Kuo has also intimated that the next MacBook Air will be offered in multiple colors.

Notably, a Reddit poster that recently collated the accurate MacBook Pro leaks also claimed that the rumor about a MacBook Air launching in additional colors is "true." 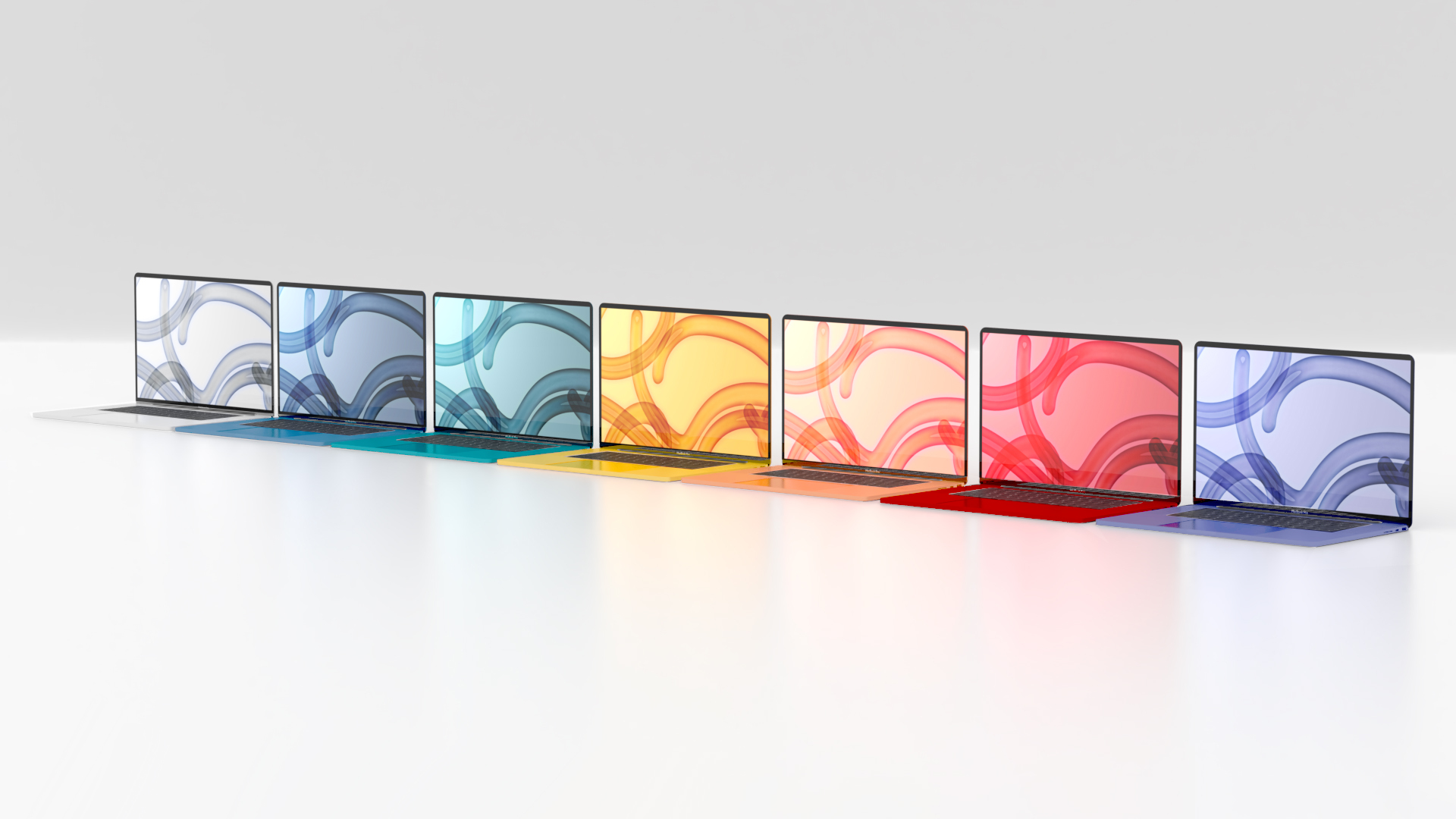 MacRumors concept render​
If the information is accurate, the new colorful lineup of MacBooks would be a throwback to the older iBook G3. Apple first started to offer vibrant color options for its iPad with the iPad Air, released in October 2020, and the ‌iMac‌ followed suit. Just this week we saw new color variants of the HomePod mini introduced, suggesting this could be a trend as Apple hones its ability to mass produce products in multiple colors at scale.

That said, the introduction of colored chassis could pose problems for a notch. If the MacBook Air goes the way of the colored iMac, that would likely entail white display bezels – and presumably a white notch, which couldn't so easily be hidden, at least by using dark mode. In which case, Apple would have to settle on a multiple-color design that remains notch-friendly by incorporating black bezels around the screen.

When Will It Be Released?

The current MacBook Air was announced in November 2020, and 334 days have passed since its release as of writing. The average time between MacBook Air updates in the last few years is 398 days, which suggests an update could be coming soon.

Bloomberg originally reported that the new MacBook Air could come as soon as late 2021, but given that Apple's last event of the year has likely come and gone, a launch next year is much more probable.

Kuo also initially reported a 2021 launch, but subsequently revised his expectation and now believes Apple will release a new version of the MacBook Air around the middle of 2022, although it could always come sooner.

Would upgrade my m1 to this. My M1 is a wonderful weekend warrior.
Reactions: coolkid93, brandoman, SantaFeNM and 6 others

I think the rumors about the new MacBook Air are still pretty accurate, though. Except you wonder just how much RAM will the M2 access--they may upgrade the memory controller to access up to 32 GB.
Reactions: Konigi

Losing the wedge design, perhaps they will go back to the “MacBook” name and drop the “Air”
Reactions: miamialley, ealeks, hisboyelroy and 34 others

I actually like the wedged design, much nicer on the wrists.
Reactions: miamialley, ealeks, PhantomStar and 62 others

Revolutionary! I wonder what other colors are going to be offered now. Welcome to the notch era of the Mac!

What about the Pro-Motion?

I guess we won’t be able to fit the new MacBook Air in an yellow envelope anymore. It’s going to get thick! 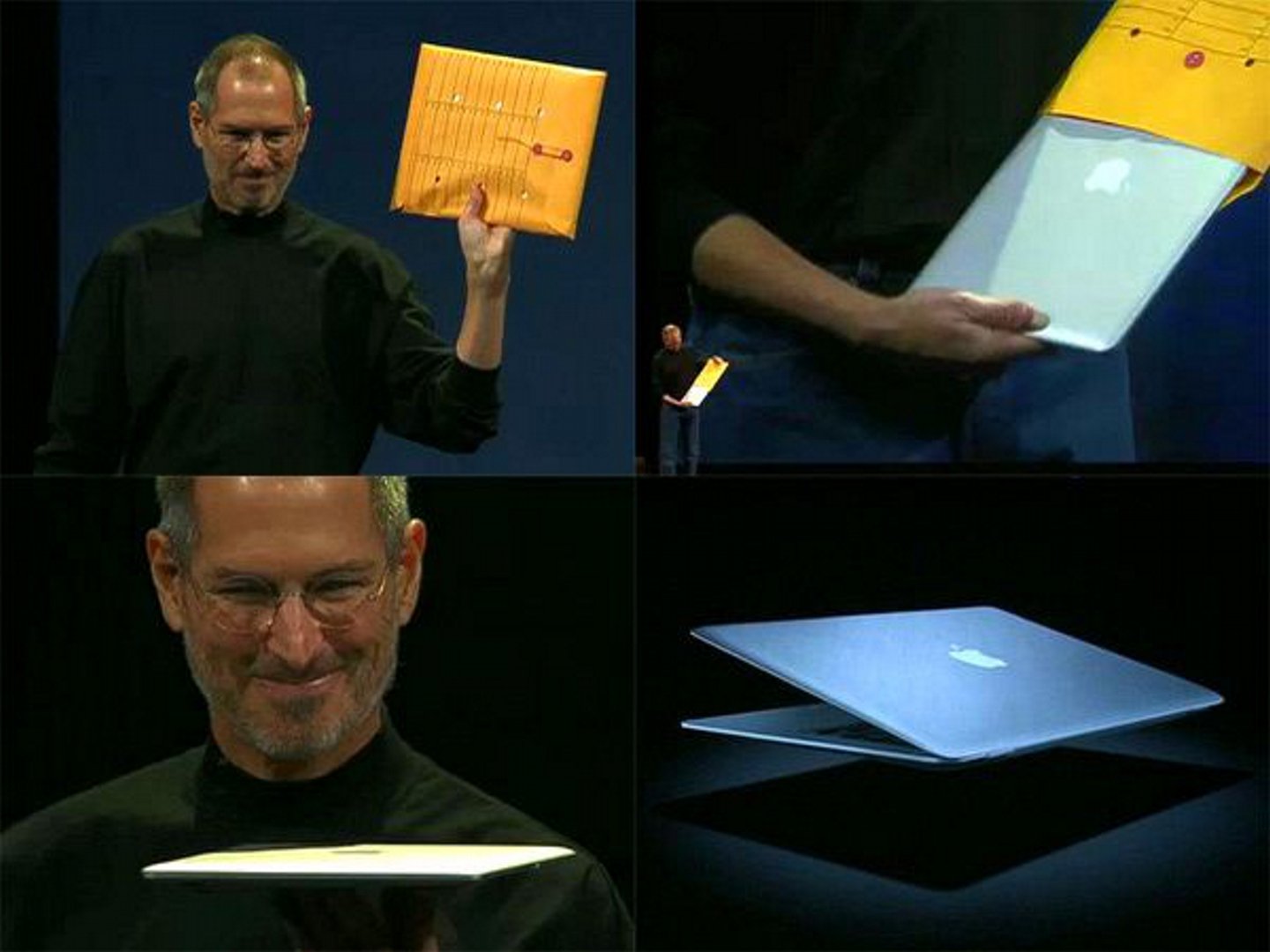 It’s a shame they did not release it now. I probably won’t be using half the power of the 14 inch Pro I have just ordered but I didn’t want to wait anymore to replace my MBP from 2012
Reactions: Cheffy Dave, Racco151, InterestingTurnip and 26 others

"The current ‌MacBook Air‌ was announced in November 2020, and 334 days have passed since its release as of writing. The average time between ‌MacBook Air‌ updates in the last few years is 398 days, which suggests an update is overdue."

Explain that overdue math to me?
Reactions: Chairman.Jobbie, miq, DaveyVigs and 36 others
S

idk about the colors but im glad to see the wedge design leave. not a fan of it on mine.
Reactions: sydneysider88, opeter, calstanford and 1 other person

I think it’s more likely that Apple will make the keyboard white instead of black, to match the design of the iMac.
Reactions: miq, mrchinchilla, caribbeanblue and 19 others

themoose said:
Losing the wedge design, perhaps they will go back to the “MacBook” name and drop the “Air”
Click to expand...

I still found the naming odd in the days of the one-port 12" MacBook, was lighter than the Air at the time (which was outdated design-wise) and you'd think they were full of hot air being fan-less, until you see Intel Celeron 🤮
Reactions: sydneysider88, Botts85, Telos101 and 2 others

great, so more waiting. didn't love the mbps they announced and wondering if a new air is the way to go...
Reactions: Oberhorst, yyzguy, MacRealist91 and 3 others
M

The first pic of the Air is sexy. Thin and powerful like I want it.

Too bad Apple said they probably abandoned the idea of a 15'' or 16'' MB Air. Would've been so nice with a larger screen.
Reactions: BoyRacer, coolfactor, yoonsoo and 6 others

That render at the top of the article looks fantastic, and might even persuade me to shift from my M1 iPad Pro as a daily driver. It would be nice if they used the same 14.2“ panel that the new MBP uses.
Reactions: Queru and Telos101
S

themoose said:
Losing the wedge design, perhaps they will go back to the “MacBook” name and drop the “Air”
Click to expand...

Agree. And if it's true that it'll have a notch then my money is on this machine having the exact same 14" screen as the 14" MBP except without ProMotion.
Reactions: yyzguy, snipr125, Lukkee24 and 1 other person

Serban55 said:
so the cpu from M2 will be around 20% faster in single core vs M1
And probably around 20% in gpu performance as well
Click to expand...

20% faster in one year is not enough in my opinion.
Reactions: Pezimak and Tagbert

The idea/suggestion that there will again be an Air and Pro at the same size and with the same SoC seems odd.

What would make sense that the Air gets smaller (same size as the 12" rMB) with whatever screen they can fit into that leaving room for MacBookAirProMax at 14-15".
Reactions: audiotunesx and DrEasy

99 others said:
I fear that ProMotion will not be included
Click to expand...

That’s what it seems like
Reactions: svish, snipr125, beach bum and 1 other person

Only times in the last 20 years when a similar wattage chips has gone up >20% faster in 1 year was when the old one was a complete failure.
Reactions: Yonizzle, Captain Trips, h3ysw5nkan and 1 other person

mattopotamus said:
"The current ‌MacBook Air‌ was announced in November 2020, and 334 days have passed since its release as of writing. The average time between ‌MacBook Air‌ updates in the last few years is 398 days, which suggests an update is overdue."

Explain that overdue math to me?
Click to expand...