Apple's new 2020 iPad Pro models are equipped with an A12Z Bionic processor that's remarkably similar to the A12X chip in the 2018 iPad Pro models, offering little in the way of performance improvements. 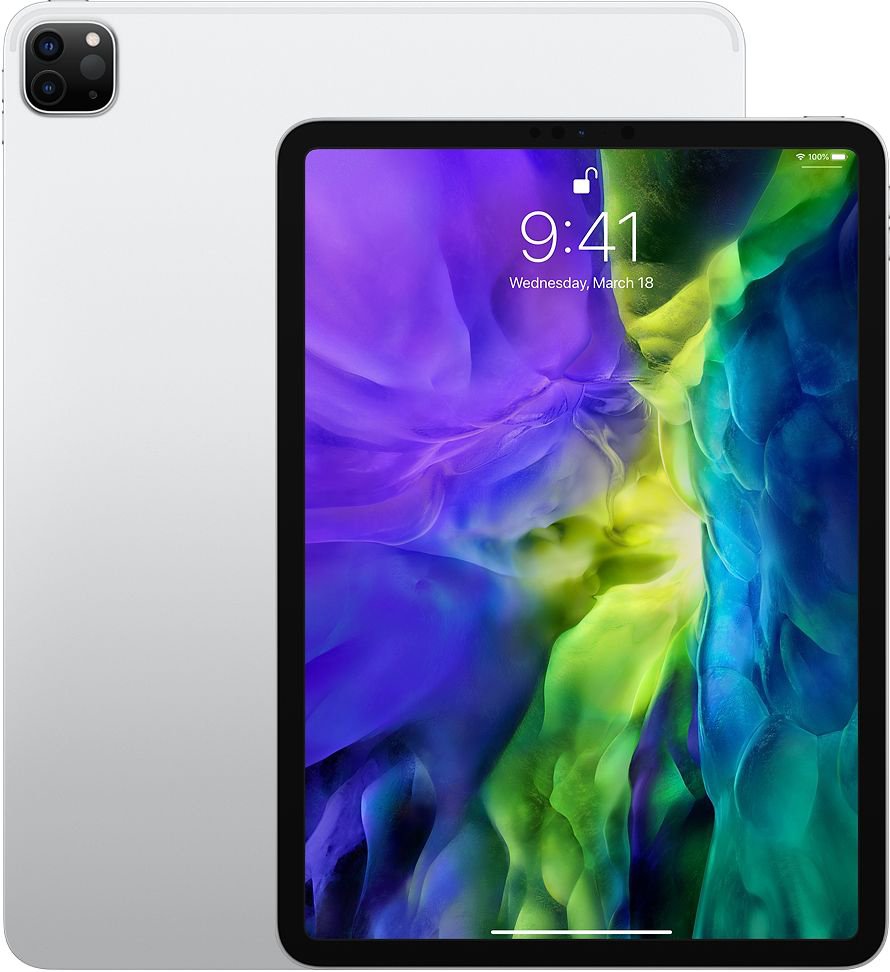 The A12Z does, however, feature an 8-core GPU while the A12X includes a 7-core GPU, which sets them apart, but new evidence shared by NotebookCheck suggests that the A12Z Bionic is simply a renamed A12X chip with a latent GPU core enabled.

According to NotebookCheck, teardown site TechInsights confirmed that the 2018 A12X chip physically has 8 GPU cores and not the 7 GPU cores that Apple includes in tech specs. One of the cores of the A12X is disabled.

The A12X and the A12Z appear to be the same physical chip on the surface, with the same number of physical CPU and GPU cores rather, suggesting the A12Z is not a new design. AnandTech has also speculated that the A12Z is a re-binned variant of the A12X.

There can be several speculative reasons as to why Apple chose to do this. It is not uncommon to see chip makers disabling physical cores and enabling them in higher SKUs. For instance, the NVIDIA Titan RTX has all 4,608 CUDA cores enabled while the RTX 2080 Ti offers only 4,352 cores despite both using the TU102 GPU.

The other likely explanation is that Apple's decision to disable one GPU core in the A12X could have been deliberate. Enabling the latent core in an interim refresh like the A12Z would save them from having to develop an A13X and instead, directly focus on the (5 nm?) A14X that is slated to debut with the 5G iPad Pro later this year.
Click to expand...

In the future, TechInsights is planning to conduct a floorplan analysis to determine for certain whether there are any differences between the A12X and the A12Z in the new iPad Pro models.

NotebookCheck speculates that Apple is saving an updated chip design for future iPad Pro models, and there are indeed rumors of a second iPad Pro refresh this fall that could bring mini-LED displays and 5G connectivity.

Guess one can't complain too much, it is same price that the 2018 model was when it came out. Marginal upgrades. If you have a 2018 model, it is your own fault for upgrading if you feel disappointed and have buyer's remorse.
Last edited: Mar 27, 2020
Reactions: tdhurst, ingik, freedomlinux and 12 others
S

Smh, Apple! We sort of knew something was off about that.
Reactions: motulist and WoodpeckerBaby

Apple could stop producing new chip designs for the next two years and they'd probably still be faster than the competition.

The hardware isn't the limiter for the iPad line right now. Software is.
Reactions: freedomlinux, sakurarain, cwwilson and 33 others
C

Act3 said:
Guess one can't complain too much, it is same price that the 2018 model was one it came out. Marginal upgrades. If you have a 2018 model, it is your own fault for upgrading if you feel disappointed and have buyers remorse.
Click to expand...

Actually cheaper than last years. A 256GB LTE 11" was $1099 last year but $1049 this year. No buyers remorse here.
Reactions: tdhurst, FlyingDutch, zilchfox and 8 others

This is why I cancelled my order. Not buying a 2 year old cpu...
Reactions: motulist, coolfactor, NewWaveGuy and 13 others
N

Still a very capable chip though

and overkill for what most people use these iPads for
Reactions: jbachandouris, coolfactor, NewWaveGuy and 7 others

Very disappointing upgrade unless you have a gen 2 iPad Pro. Hoping we get something good in the fall.
Reactions: motulist, coolfactor, jamesrick80 and 2 others

The 2018 just didn’t need a processor upgrade so why do more than they did. The real excitement is the new keyboard in May.
Reactions: tdhurst, jouster, coolfactor and 11 others
M

Recycling...it's better for the environment and for your pocketbook!

Apple's starting to have the same problem as Intel: why bother doubling performance every year if everything today is performant enough? The difference is that Apple got to that point in just a few generations.
Reactions: jbachandouris, jouster, SDJim and 12 others
F

People complaining on here likely won't notice the difference in performance of a so called A13X/A14X chip and would most likely dump their iPad Pro long before they feel any slow downs due to software updates. SMH

It's more likely they improved yields to the point where all eight cores are functional when produced and therefore can enable it while the A12X likely had one core fail.
Reactions: brentsg, SDJim, GuruZac and 13 others
K

I dont understand if this is an issue at all, its not like they said the previous ipad had 8 cores and ended up disabling one. They are true to what they advertised in both iterations..
Reactions: tdhurst, GuruZac, Feyl and 2 others
C

Craiger said:
This is why I cancelled my order. Not buying a 2 year old cpu...
Click to expand...

I’m considering an iPad Pro today, but it may be smarter to wait until the refresh later this year — especially if Apple’s Pro apps are finally available at that point.
Reactions: motulist, SoN1NjA, Sandstorm and 1 other person

Craiger said:
This is why I cancelled my order. Not buying a 2 year old cpu...
Click to expand...

The 2-year old (actually 1.5) chip is less performant. If you want the fastest, buy the new one.

If you don’t need it, you can buy a 3rd gen Pro or even 2nd gen. Lots of oomph even in earlier devices, for most uses. And you’ll save money 🙂
Reactions: ingik, coolfactor, brentsg and 5 others
A

Not surprising considering there isn't any significant competition in this area (same reason why Intel phoned it in for a few years) and because the leaks right now point to a similar situation for this year's iPads as in 2012. A slight refresh in the spring, then a bigger overhaul later in the year.
Reactions: EmotionalSnow, ConfluxNZ and Ghost31
E

cmaier said:
Because there is a better CPU available?
Click to expand...

No...because likely the poster was anticipating a faster/better chip that IS WORTH plunking down $1000 for a product that hasn't been refreshed in 2+ years. The chip could have had a very similar name AND had much better performance, faster MHz, more cores, or a combination of all 3. Instead, it's just 1 core that was magically enabled by Apple.

Regardless of how people can rationalize Apple's decision, this is a very shady step by Apple. This is a Pro unit which means most of the people evaluating an upgrade are going to look at the tech specs (and not to mention the hefty price tag). This marketing/advertising scam was caught very quickly and Apple should be ashamed and likely will have poor sales.

And someone said here that the "real excitement is the new keyboard in May." Seriously?! People wait 2+ years for an upgrade (on a "Pro" device no less) and a)there's essentially no hardware upgrade and b)I have to wait several more months after the launch for the "real excitement" which c)just turns out to be a bleeping keyboard that d)costs several hundred bucks?!

As other people have mentioned, hardware isn’t the limiting factor. I doubt that there will be any app that I can’t run once the new A14x comes out. The A12x (and A12z) are more than capable to do all the multitasking and CPU intensive tasks I’d wish to do on an iPad for the foreseeable future.

There is no need to become fixated on specs. Either get the new iPad because you want it or need it, or don’t.
Reactions: tdhurst, SuperCachetes, coolfactor and 11 others

There are certainly some new additions/changes to the 2020 model, but based on 2018 vs 2020 benchmarks, published in a previous MacRumors story, it's probably not a significant upgrade for most 2018 users.
Reactions: GuruZac
F

If in 2020 I pay the same price for the same technology compared to 2018, I'm actually paying more!

But the 2020 iPad Pro is not only CPU, it has 50% more RAM, 100% more basic storage, LIDAR, camera improvements, so it's a good upgrade.
Reactions: freedomlinux, atomic.flip, Sandstorm and 7 others