Amazon has officially become the world's second trillion dollar publicly traded U.S. company, in terms of market cap, which is simply the company's number of outstanding shares multiplied by its stock price. 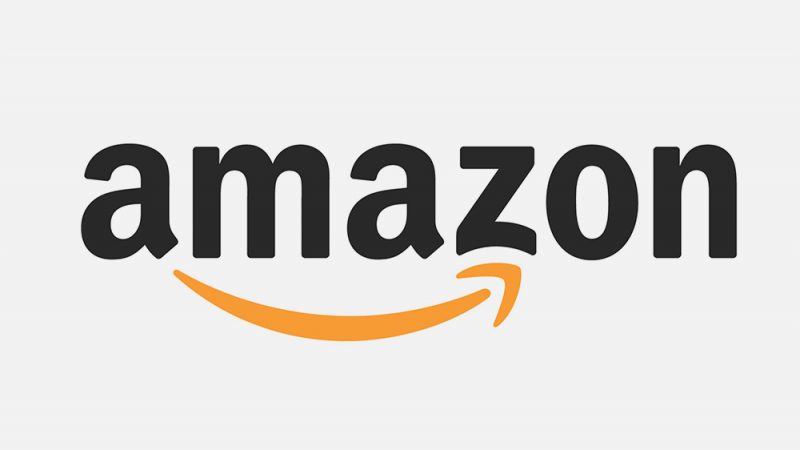 Amazon shares briefly crossed the $2,050.27 mark in intraday trading today, giving the online retail giant a market cap of slightly over $1,000,000,000,000, based on its latest total of 487,741,189 outstanding shares. The milestone was fueled by a roughly one percent increase in Amazon's stock price today.

Apple beat Amazon in the race to a trillion dollar valuation when its stock price crossed $207.05 on August 2. After those two companies, tech rivals Microsoft and Google are closest in line, with market caps around $850 billion and $840 billion respectively as of mid-day trading on Tuesday.

Amazon shares have more than tripled in the past three years, as the company expands upon its dominant position in online and physical retail.

Amazon competes with Apple in a number of areas, with its digital assistant Alexa rivaling Siri and its Prime Music service rivaling Apple Music. Apple is also expected to launch a Netflix-like streaming video service next year, with dozens of original series, that competes with Amazon Prime Video.

And they will rule the world, unlike T Cook.
Reactions: SigEp265 and rafark

1 month and 2 days later Amazon. Good showing but to be quite honest I'm surprised Amazon didn't beat Apple by over a month earlier.

well back to the Apple news ... Mac mini update yet?
Reactions: SigEp265, gusping and macguru212

And Bezos probably has about 10% of that value
Reactions: Oblivious.Robot

Amazon will forever always be known as the 2nd trillion dollar company.

That said, Amazon haven't had a stock split, though even with that in account it's still a huge difference. It just shows how comparatively low Apple's market valuation is.

Their stock went down to $990B as of 947am pacific time...not "joined" until the market closes.
Reactions: LETSTRUCK
W

That said, Amazon haven't had a stock split, though even with that in account it's still a huge difference. It just shows how comparatively low Apple's market valuation is.
Click to expand...

The valuation per share has nothing to do with the valuation of the company as a whole and is only relevant in relation to the entire amount of shares.

Apple without any splits would be worth over $10k per share. Which would still say absolutely nothing about the company, just a fun fact.
Reactions: mingravity, LETSTRUCK, CarpalMac and 8 others

That said, Amazon haven't had a stock split, though even with that in account it's still a huge difference. It just shows how comparatively low Apple's market valuation is.
Click to expand...

I don't know about low market valuation for Apple...

Amazon has much more diversity, and a stronger position. A portfolio of selling millions of types of products, the Sam Walton approach with a new delivery system.

Everything Apple has, and growth, is HUGELY dependent on one product, iPhone. Can continue to make them, or break them.
Reactions: mingravity, JoEw, shpankey and 1 other person

I don't get the market's infatuation with Amazon and their paper thin margins. Here is a little comparison via CNBC:

[Apple] generated a $48.35 billion profit during its fiscal 2017 and made $13.8 billion in net income during the March 2018 quarter, while Amazon's total net income since inception is about $9.6 billion.
​
Apple, made more profit in one quarter than Amazon has made...ever.

Maybe it can afford to pay some of its taxes now...
Reactions: LETSTRUCK

eco7777 said:
And they will rule the world, unlike T Cook.
Click to expand...

You're absolutely right: Jeff Bezos does have super-villain intentions of world domination.

Whereas T Cook's happier to be the every man's superhero, fighting crime by night. All of his lines somehow shoehorn in his superhero name.

"Holy soldered RAM, Cookman!" squeaks Schillboy, Cook's trusty sidekick. "If we don't add another fan soon, that i9 might overheat!"

Cookman chuckles loudly: his resounding echo shakes the walls. "Oh Schillboy!" he says with a grin, shaking his head and patting him on the shoulder gently. "We'll just fix that with a firmware update! There'll be no... COOKED components tonight!"

Both laugh heartily as the frame freezes and the credits roll.
Reactions: philryan, cbaca51, BiscottiGelato and 1 other person

DeepIn2U said:
to be quite honest I'm surprised Amazon didn't beat Apple by over a month earlier.
Click to expand...

Are you? Amazon, in all of its existence, made less money than Apple does in the average quarter.

And no, things aren’t getting much better: in Europe they increased sales but also losses, for example.

AMZN is hugely overpriced, while Apple shares are still undervalued at just 20x PE not even considering the huge mountain of cash they are amassing.

That’s precisely why Buffett loaded on AAPL and doesn’t own a single AMZN share.
Last edited: Sep 4, 2018
Reactions: Baymowe335, philryan, cbaca51 and 5 others

(in addition to my Apple stock - put the pitchforks down fanboys)
Reactions: philryan and arkitect

You know why? I placed an order for a shirt today ... you're welcome Jeff
Reactions: arkitect

Amazing considering they’re backwards stance on delivery in the U.K. Only using self employed independent drivers is such a step backwards. We are not renewing our Amazon Prime, since prime no longer means prime.
Reactions: MaximizedAction

If you do exact product search in Amazon, they hike the prices somehow knowing that you are in need of it and might as well go for it. In my place, all Product Search Starts and Ends with Amazon manipulated prices....Really scary though!

Wow, only 1/21 the debt of our ENTIRE nation....take that for thought.

eco7777 said:
And they will rule the world, unlike T Cook.
Click to expand...

Cook doesn’t need to rule the world, he Rules the worlds richest company and is doing a stellar job. As for Amazon, they have grown exponentially, especially with the amount of services offered. Amazon is a huge entity, and their success is indicative of Prime services and other programs offered.
Reactions: cbaca51 and oneteam

All else being equal, AAPL would be much higher than the current $1.1T had they not done the buybacks and dividends the last several years. If all that cash was still in the coffers, the market cap would be a few hundred billion more.

AAPL is finally trading at 20+ P/E. IMO, it's still trading at a significant discount (I feel ~ 25 P/E is fairer) and should outperform the market in the next several years.

AMZN, on the other hand, keeps defying my expectations. Surely I wished that I had bought a few hundred shares back in the 90's. Hell, I shoulda bought a bunch a year ago. It trades at such a high P/E, that I'm afraid that at some point, the "market" will demand AMZN to show profits. Then the stock won't be able to support such high P/E ratios (convoluted wall street logic).
Reactions: Baymowe335, philryan and genovelle

Does intra-day count? According to Yahoo right now Amaon’s mkt cap is $993B

Amazon should buy The Amazon and turn it into a wilderness park.