A significant number of users on Reddit and Twitter, corroborated by multiple tips we have received, are affected by an ongoing App Store issue preventing a number of popular iOS apps from showing up in search results unless already installed, including Google, Periscope, Spotify, Tidal, Tumblr, Uber, Vine, Waze, and many others. 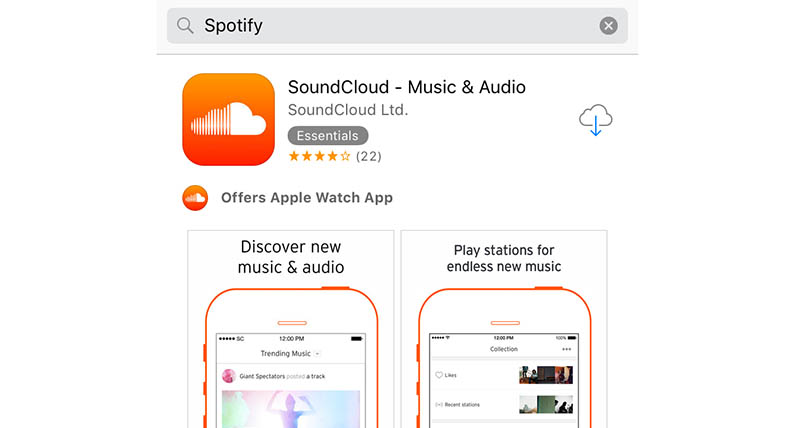 The search issues appear to be widespread, affecting iPhone, iPad, and iPod touch customers throughout the U.S., Canada, Europe, Hong Kong, and elsewhere since early Thursday morning. Apple has yet to update its System Status page with any reported issues as of 6:00 a.m. Pacific, but it has historically been slow in reflecting outages.

Update: The search issues also appear to extend to iTunes and the Mac App Store.

Update 2: Apple is aware that users have been "experiencing a problem with the App Store" since about 2:00 a.m. Pacific. Apple is "investigating and will update the status as more information becomes available."

You can still use Google to find and download apps. Easier to do that regardless of whether app store search is working anyway.
Reactions: Glassed Silver, SusanK, falainber and 10 others
Comment
S

Ah okay, I thought it was just me…
Reactions: jeremiah256, MrNikeFresh808 and eNJayBe
Comment

Lol so searching eBay brings up Amazon and apple music brings up Spotify xD if i search apple will it bring up google?

I thought it was a problem with my new phone so good to find out it isn't. The only results I got were really weird and unrelated Apps.
Comment

A Dark Room isn't showing up either, only a crappy clone.
Comment

Isn't this standard for the App Store? Search used to be good, but recently (over the last few months at least) an exact name search has not produced the correct app at all, even fairly popular ones. Google always found them easily.
Reactions: William Gates, mkeeley, mrgraff and 3 others
Comment
M

I am having trouble with Apple Music too. I can't search for Red Sparowes through iTunes, but doing a Google search for them works just find and will allow me to open a link to iTunes Apple Music from there.
Comment

Sounds like there's a silent overhaul going on in preparation for WWDC....
Reactions: AdonisSMU and 69Mustang
Comment
J

Tim Cook must be proud of this!
Reactions: AdonisSMU, Sandstorm, mistasopz and 1 other person
Comment
M

Noticed that searching for iTunes cover art via a third party app wasn't returning results for anything today. Thought it was just a change in coding somewhere that broke the app. Maybe connected?
Comment
R

iTunes and iBooks searches are awry, as well.

And meanwhile, Apple keeps pushing album art to my iPhone and iPad iTunes Apps - I DON'T WANT THAT CRAP ON MY DEVICES ... it ain't improving my life, it just flat out PMO.
Last edited: May 5, 2016
Reactions: AleXXXa
Comment
E

Well, everybody knows that Apple never updates system status page. I don't know why they even bothered to create it.
Last time I remember there was an Apple Music outage which took about 3 days and even then they didn't make any tiniest change on it. So Steve Jobs-ish!
Reactions: mkeeley, metsjetsfan, S G and 1 other person
Comment

Everyone was completely wrong about that other rumour... The 'redesign' to boost Apple Music subscribers isn't an interface overhaul, but a modification to the App Store that hides competing apps like Spotify and Tidal
Reactions: SmileyBlast! and mkeeley
Comment
J

And you say Apple is still as good under Tim Cook? LOL.
Reactions: Apple Corps and mkeeley
Comment
J

Hasn't that always been the case?
Reactions: kettle, jjhny, dk001 and 9 others
Comment
F

This is why I just got a refund for iCloud storage.
Reactions: satcomer and Sandstorm
Comment

Well im glad. i thought i was going crazy. thank goodness i can still google them
Comment

And yet, when you search for Apple's own apps, they're not even there.

Search for 'remote' and you won't even find Apple's Apple TV remote control app which is named just 'remote'. You need google to find it.

It's been that way as far as I know. I can rarely find apps by typing in their names. I need to search them on google, then I get a link to the app store.
Reactions: 69650
Comment

Just looked at reports for yesterday and wondered why a few of my apps took a big hit. Thanks for the heads up. I bet this will be fixed before the end of today.
Comment
W

I was wondering where Dropbox had gone! Their rubbish app is still failing so I had to delete it again and didn't want to have to scroll through my purchased list to find it.

I bet they are well chuffed that BOX is currently the top result for "Dropbox"...
Comment