Apple and Hyundai will reach a partnership agreement for the upcoming Apple Car by March, according to a new report shared by Reuters, citing Korea IT News. 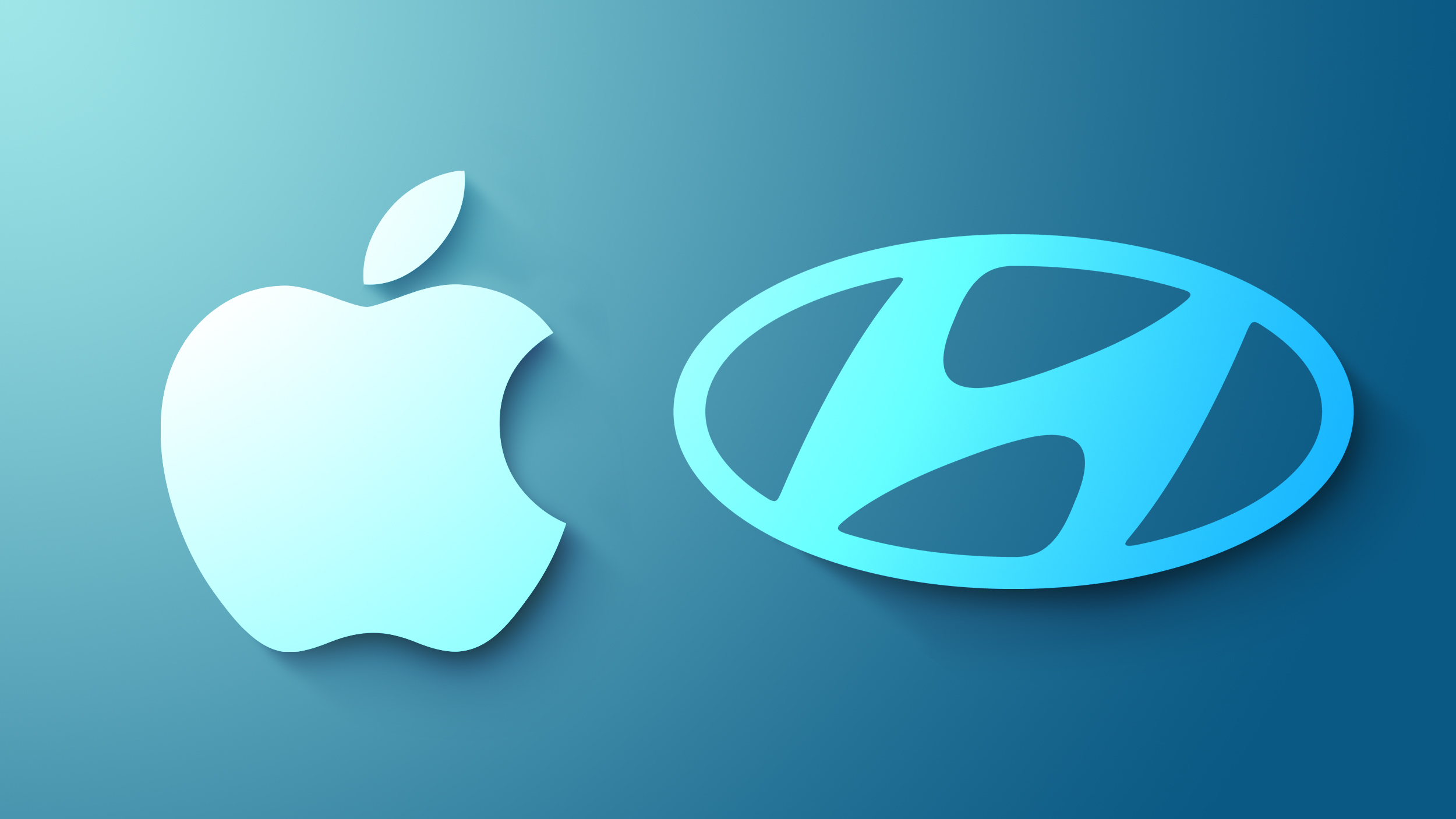 Before being revised, the Korea IT News report said that the companies may either manufacture the electric vehicles at a Georgia factory owned by Kia Motors, a Hyundai Motor Group affiliate, or invest in a new facility in the United States that could produce up to 400,000 vehicles annually. The report also mentioned that a "beta version" of the Apple Car could be released in 2022.

Reuters last month reported that Apple Car production may begin around 2024, and that time frame was again echoed in today's report. A 2024 start of production may be a bit ambitious, as a report from Bloomberg last week said that the Apple Car is "nowhere near production stage" and could be ready in around five to seven years.

Rumors that Apple is in negotiations with Hyundai first surfaced last week‌, suggesting that Apple is planning to work with the automaker to produce electric vehicles and develop batteries due to the high costs of the technology and the necessary production facilities.

Hyundai initially confirmed its electric vehicle discussions with Apple in a statement to CNBC, but the statement was revised hours later with no mention of Apple.

Article Link: Apple and Hyundai to Sign Apple Car Deal by March With Production Beginning in 2024

I can’t wait for the Apple Car!

Apple is making a lot of progress if production will now start in 2024! If they can price this competitively, they will definitely sell a lot
Reactions: TheYayAreaLiving 🎗, BeefCake 15, decypher44 and 12 others
O

You would have to be nuts to believe this timeline.
Reactions: MartyvH, Jmausmuc, CordovaLark and 13 others
7

Wow… did not expect that
Reactions: DEXTERITY and DelayedGratificationGene

There is so much groundwork that is involved that there is no way the public wouldn't know about an Apple car years in advance.
Last edited: Jan 10, 2021
Reactions: Lazy, jwalesh96, b656 and 2 others

A lot could change between now and when the car is released.
Reactions: Howyalikdemapls, Boatboy24 and J.J. Sefton
M

The bumper car does not come with a helmet.
Reactions: Madhava

This just reminds me of the Motorola iPhone that came out.
Reactions: MacFan782040, PowerMacBook, japanime and 6 others

I'll be excited until I inevitably find out the first Apple car will command Model S money to start.

See you in 2028 for the second model for us fellow Plebians.
Reactions: Lazy, DCW, Captain Trips and 2 others

Any rumor that a contract WILL be signed at a certain time needs to be taken with more than a grain of salt. If there was an agreement, it would have been signed. Otherwise there is no agreement. At best there is an agreement to try to reach an agreement.
Reactions: Jmausmuc, ryanflanders256, Lazy and 9 others
I

Okay, this is getting ridiculous. Back and forth, back and forth. Just stop reporting it. It’ll happen when it happens. It’s ridiculous to see everyone bash Apple while websites say yes they are, no they aren’t. ??
Reactions: Ghost31, Shadows_lord, Huck and 1 other person
D

Wow. It’s actually happening. An Apple self Driving Electric Car. It’s going to be a complete game changer for literally everyone. Go Apple!!
Reactions: decypher44, BuddyTronic, DEXTERITY and 4 others
D

Does it really matter? Hyundai will be like Foxconn. Apple will design from soup to nuts and Hyundai just has to manufacture
Reactions: MartyvH, Lopov Jack, ryanflanders256 and 34 others

I'm not supporting Hyundai - had horrible dealings with them after the new Accent I purchased was an absolute lemon with countless issues. The company refused to support. I haven't forgotten and will never recommend them.

Future look of me when the car rolls out:

Step 1: Sign agreement with Hyundai
Step 2: Build a brand new factory in the USA
Step 3: Build a completely new vehicle from the ground up.
Step 4: Start selling them by the hundreds of thousands in four years
Reactions: chrisbru, WRChris, vmistery and 6 others
J

Here we go again... everyone, and I mean the media, needs to put something in... nothing has been signed so who knows what is really going to happen
Reactions: Rochy Bay
C

Apple would never align with Hyundai for an End User vehicle (it simply wouldn't sell well), so it must be for some Private OR Public Transportation vehicle, perhaps even a Sub-based solution.

You know who needs an improved solution ?

I'll bet their going after that market, & IMO, it would be very wise of them to do so !

Of ALL its target markets, the Apple Watch is already a Best Fit for the elderly !
Reactions: FightTheFuture

I will be waiting for the Apple Car SE.
Reactions: Splutterbug, MartyvH, Lazy and 21 others

They make great vehicles for the price and their warranty is unmatched
Reactions: Lazy, FlyBry, macos-sealion and 19 others

MacBird said:
I'm surprised that they don't work with a luxury car company.
Click to expand...

That would be foolish IMO.
Reactions: shapesinaframe, Substance90, vmistery and 4 others

Why not? They might be the only one willing to do what Apple demands? They have issue with their engines, but cars are well made. I owned one. Who heard of Foxcon before the iPhones?
Reactions: ryanflanders256, Lazy, shapesinaframe and 16 others
You must log in or register to reply here.
Share:
Facebook Twitter Reddit Email Share Link
Register on MacRumors! This sidebar will go away, and you'll see fewer ads.
Sign Up
Top Bottom