Apple has asked Foxconn to begin shipping new high-end and low-end iPhones in early September, claims The Wall Street Journal. The report echoes previous rumors that Apple will release a new iPhone 5S and a lower-cost iPhone 5C that comes with a plastic back available in numerous colors. 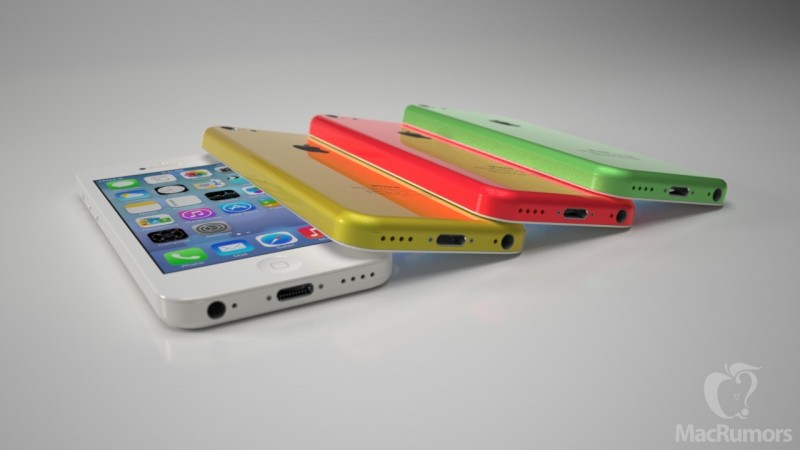 Apple's suppliers in Asia started mass-producing components in June for both a standard iPhone featuring a metal casing and a lower-cost version, people who work at those companies said.
Click to expand...

Apple is expected to unveil the iPhone 5S and 5C at a media event on September 10th, alongside the final unveiling of the iOS 7 operating system.

And give us a tracking #.

maybe apple should ask their suppliers about the freaking macbook pro.

So many news today! Love it!

i read this on the wall street journal 10 min ago. come on macrumors
K

It's a wait and see.

What does that mean "shipping in early September"? Anyone know?

I have a feeling apple might release new iPhones immediately after the announcement on September 10th...maybe just wishful thinking
A

This might be a stupid question, but why can't someone just talk to a worker on the assembly line and get new information on the iPhone?
R

SJism23 said:
What does that mean "shipping in early September"? Anyone know?
Click to expand...

That means that they've asked Foxconn to start shipping the palettes of iPhone 5S and 5C to Apple warehouses and distributors for a launch sometime in September after the announcement. Basically they are deploying the massive quantities of the iPhone to where they need to be for launch, whether that is warehouses for Apple, Verizon, Spring, AT&T, T-Mobile, or other worldwide carriers/distributor warehouses. These phones have been assembled for probably a few weeks and have been packaged/boxed and put on palettes. I'd love to see Foxconn's warehouse and their stock of this stuff and then the massive truck rollout to the airports and shipping companies.


aswiec said:
This might be a stupid question, but why can't someone just talk to a worker on the assembly line and get new information on the iPhone?
Click to expand...

Go ahead and walk into Foxconn if you can. It's a fortress city. And no employee there is going to risk their job. It's actually good pay and benefits for that nation.

djra8 said:
maybe apple should ask their suppliers about the freaking macbook pro.
Click to expand...

That is what I'm waiting for...want to compare them to airs and then purchase either 13" rMBP or Air probably rMBP and sell my '09 core 2 duo iMac

Anyone else want to bet that it ain't happening on these forums? I'm trying to make a quick buck.

So the iPhone will start shipping in mid to late September. Wow color me surprised.

Mark my words iPhone 5c is going to sell like freaking wild fire. Every kid is going to want a colored iPhone.
T

Time for me to retire my sg2 and get my first iPhone. I am so over android and their "updates".
B

Good. Get these modestly upgraded (or downgraded in the case of the 5C) iPhones out of the way of the redesigned iPad.


Perfect use of the gif. Just wanted to let you know I appreciated it!
Click to expand...

hopefully wider release on much more countries at launch!!
M

Why no Mac or iPod rumors.

From the WSJ, the other MacRumors