Along with new redesigned 14 and 16-inch MacBook Pro models, Apple also has major plans for other Macs in the Mac lineup. We've been hearing rumors about a redesigned iMac for more than a year now, and Bloomberg's Mark Gurman today shared a report that offers details on what to expect. 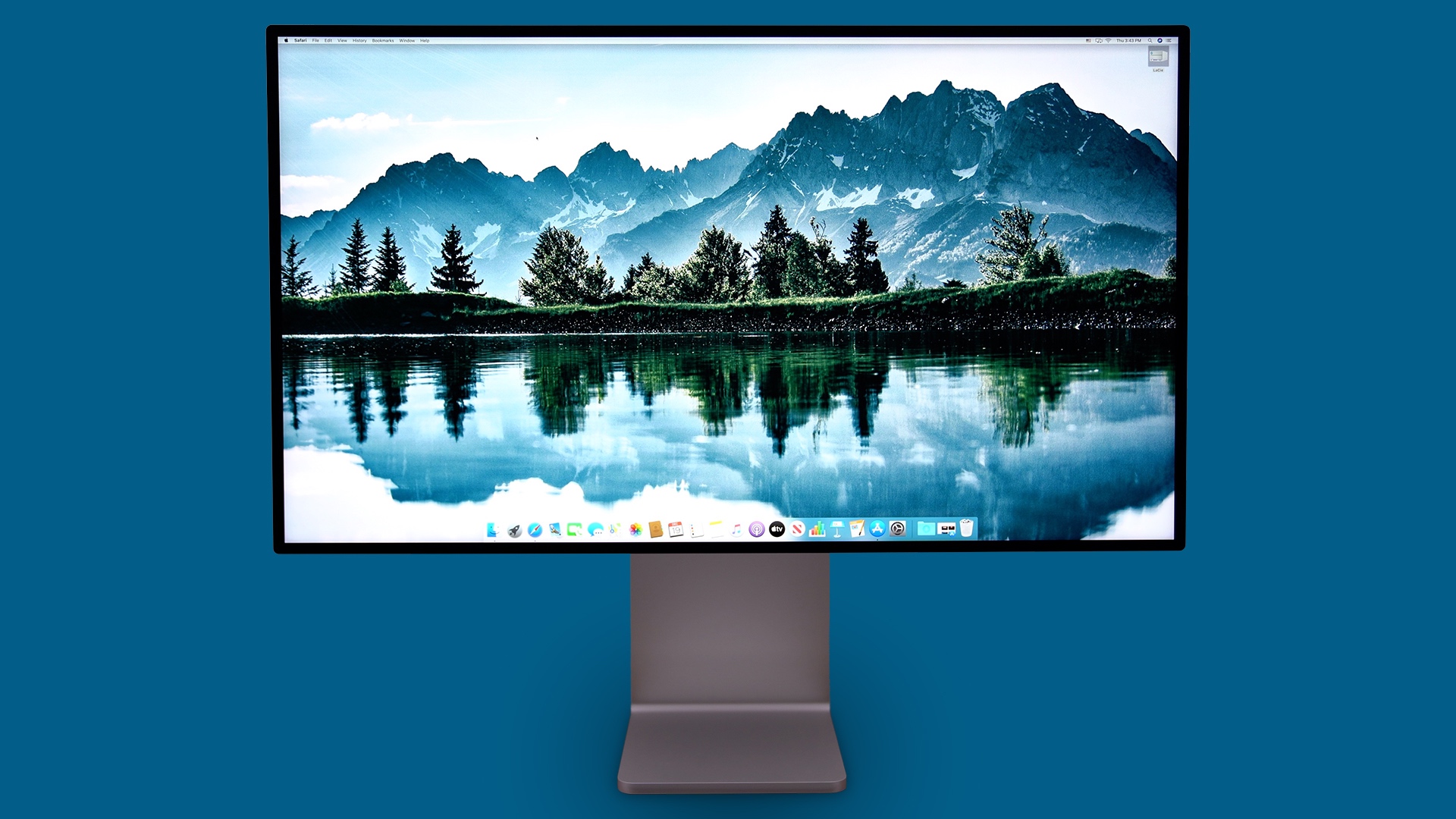 The new iMac models will feature slimmed down bezels around the screen, and the metal chin will be removed in favor of a design that's similar to the Pro Display XDR monitor that Apple released in 2019.

Rather than a curved rear design, the iMacs will feature a flat back, which is also a design that we're expecting to see with the upcoming MacBook Pro models, and prior rumors have described this as "iPad Pro design language." There will be two versions to replace the existing 21.5 and 27-inch models, and prior rumors have suggested that one of these models will measure in at 23 to 24 inches.

Like the new MacBook Pro models, the redesigned iMacs will adopt Apple silicon chips, and the revamped look will coincide with Apple's move to shift away from Intel's chips, giving the iMacs updated processors and a fresh design all at once.

Apple plans to equip the new iMacs with next-generation versions of the Apple silicon chips that will be faster and with more GPU power. Apple is testing Apple silicon chips with as many as 16 power cores and four efficiency cores, but higher-end desktop models could have as many as 32 high-performance cores. Apple is also working on improved GPU technology and is testing 16 and 32-core graphics components.

Apple is expected to release the new iMacs in 2021, but specific launch timelines aren't known at this time.

Macs are making a giant comeback.

Of course they are.

Sine we dont need so much space internal....flat design of the back is the way to go and keeping the same language of design with the Xdr pro display and , probably with the upcoming cheaper external Apple monitor
Bravo Apple
Reactions: Oberhorst, na1577 and LadyMont

My wallet is ready....and has been for sometime!
Reactions: Ravi_MR, Tarantularock, George Dawes and 9 others
M

I’ve been waiting for this for years... launch it already!
Reactions: Ravi_MR, EmotionalSnow, Darajavahus and 3 others
M

Also inject this into my veins NOW!
Reactions: Ravi_MR, amartinez1660, navaira and 2 others

Cannot come fast enough. My 2011 27" is hanging on for dear life. Will buy in a heartbeat.
Reactions: iAlexandre, Ravi_MR, amartinez1660 and 6 others
U

The 27" (or whatever their modern-day corollary is) is an instant-buy when it drops. My Late 2012 is still working - but after a couple hard drive swaps and burning out the Fusion Drive SSD, it's time to send it out to pasture.
Reactions: Ravi_MR, Jax44, sideshowuniqueuser and 3 others

My next Christmas gift. I hope they have the 32 inch model ready at the same time instead of the staggered release.
Reactions: nerdo, kltmom, Captain Trips and 12 others
R

Anything much thicker than an iPad and it’ll be disappointing
Reactions: 4491275, jonblatho, G5isAlive and 13 others

27" MiniLED 5K for the "Big Brother" please and I will order it the moment they open the Apple Store.
Reactions: EmotionalSnow, DanTSX, johnmarki and 2 others

smack a 31.6" 6K display on that iMac and I'll dig into my AAPL shares
Reactions: the future, kltmom, George Dawes and 2 others

Make The Mac Great Again
Reactions: George Dawes, EmotionalSnow, cwwilson and 2 others
I

No new rumours here, but very glad to hear more evidence of an iMac redesign. I hated that chin ever since I saw the chinless Thunderbolt Display in 2011. Definitely need a pro(sumer) machine this year. Either a big new iMac or a higher specced Mac mini connected to an ultra wide display. Currently getting by with an M1 MacBook Air connected to a 34 inch Utlrawide, which is great, but just not as seamless as a desktop connected to a screen. Can't wait to see what comes out in the next 12 months
Reactions: rafark, RogerWilco, George Dawes and 2 others

I'll never buy another iMac again after how they handled the 2009 iMac GPU issue, but I give me this display with a Apple TV sized mac mini and I am all in.
Reactions: G5isAlive, tranceking26 and Apple Knowledge Navigator
S

CWallace said:
27" MiniLED 5K for the "Big Brother" please and I will order it the moment they open the Apple Store.
Click to expand...

Vado said:
My wallet is ready....and has been for sometime!
Click to expand...

4jasontv said:
I'll never buy another iMac again after how they handled the 2009 iMac GPU issue, but I give me this display with a Apple TV sized mac mini and I am all in.
Click to expand...

Clear different cases....you cant speak about an 2009 gpu that was dedicated with this new one that is unified
You are really talking about an issue from almost 12 years ?!
Reactions: redcaptrickster, n0va, rafark and 8 others
You must log in or register to reply here.
Share:
Facebook Twitter Reddit Email Share Link
Register on MacRumors! This sidebar will go away, and you'll see fewer ads.
Sign Up
Top Bottom