After hundreds of charging cycles, a MacBook Pro's battery begins to lose its ability to hold a charge and should be replaced. Apple offers battery service free of charge with AppleCare+ coverage, or it charges an out-of-warranty fee of $199 in the United States, £199 in the UK, or $259 in Canada. 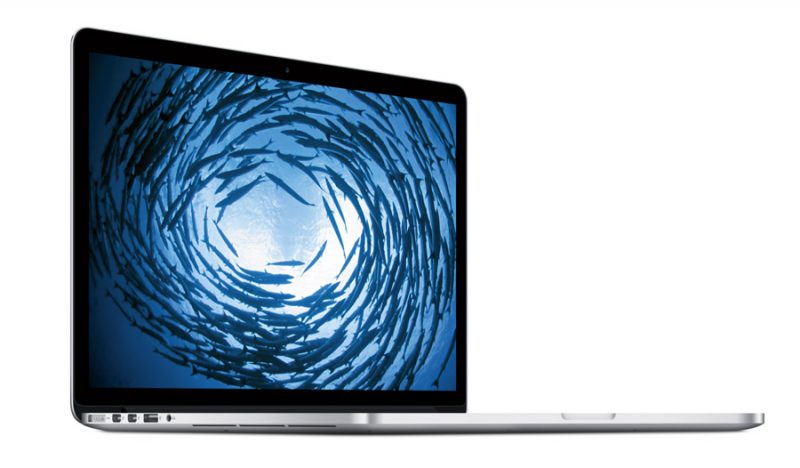 Due to a severe constraint of top case assemblies with glued-in batteries, however, Apple has informed its Genius Bar employees and Apple Authorized Service Providers it is currently unable to service the batteries of 15-inch MacBook Pro with Retina display models released in Mid 2012 and Early 2013.

According to Apple's internal directive, obtained by MacRumors, top case assemblies with batteries for the aforementioned MacBook Pro models will remain severely constrained until September 15, 2017. The directive does not identify a reason for the shortage, which has been ongoing since at least March.

Given the affected MacBook Pro models were released between four and five years ago, however, an increasing number of customers have shared stories of Apple replacing their notebooks with significantly newer models.

Secondly, the MacBook Pro must be in need of battery service. To check, click on the Apple logo in the top-left corner of the macOS menu bar, and then click on About This Mac > System Report... > Power. Under the "Health Information" section, the condition should say "Service Battery" or an equivalent status.

As a rule of thumb, the battery should typically have a full charge capacity below 80 percent, which can be estimated with a tool like coconutBattery. The battery's charge cycle count may also be a factor. Only Apple's diagnostic test will ultimately determine if the battery requires servicing.

Since the process appears to differ on a case-by-case basis, each customer's mileage may vary. Apple could stop acknowledging this internal policy at any time, and not all employees may be aware it exists.

There doesn't appear to be any regional limitations to the policy, with customers who successfully exchanged their MacBook Pro models residing in the United States, UK, Canada, Brazil, Spain, Australia, and other countries. It also doesn't appear to matter if the Mac is covered by AppleCare+ to qualify.

Eligible customers that wish to press their luck may visit any Apple Store, or supposedly select Apple Authorized Service Providers. Booking a Genius Bar appointment through the Apple Support website is recommended.

Update: In an internal memo obtained by MacRumors, Apple has informed Genius Bar employees and Apple Authorized Service Providers that it is actively working to rebuild worldwide supply of top case assemblies with batteries for Mid 2012 and Early 2013 models of the 15-inch MacBook Pro with Retina display.

Apple's memo says, effective July 26, service inventory of top case assemblies with batteries are now available for new repairs. The directive adds that MobileGenius, the service and support tool that Genius Bar employees use on the iPads they carry around, has stopped presenting messages about delayed repairs.

Calling an Apple store over the phone to make an appointment?

Everytime I've tried to do that I get routed to central customer service.

Wow - great deal for people that have this problem!
Reactions: JCoe13, Ener Ji, icallmydmicrosoft and 1 other person

This is where people will start furiously cycling their batteries to get the service recommendation to come up in the hopes of a free upgrade only to find the genius guys extract some kind of usage data, see right through it and do nothing of the sort...
Reactions: jamesrick80 and albebaubles

Can you still get a new battery with out of warranty service if your device doesn't show that it needs service? Like if you just wanted a newer battery? I have a mid-2012 model and would love anything 2014 or newer that supports 4K external displays at 60Hz, lol. The battery life has dropped a bit over the years, but IDK what the life is at currently since I'm at work.

I had them replace my base model refurbished 2012 with a 2015 refurbished. Doubled my storage, ram, and got a better GPU/CPU.

Kind of late story though. It sounds like they will discontinue this program pretty soon.
Reactions: Ener Ji
M

Dang. I have a Late-2013 15" MBP with battery issues. Guess I'm not eligible under this.
Reactions: supremedesigner
J

Damn wish they would have done this on my Early 2011 15' Macbook Pro. I had them replace the Battery that was shot before they discontinued service on it, last December.

How many of ya'll are now quickly scouring eBay???
Reactions: kim2272, tjwaido, djbuddha and 8 others

miniyou64 said:
Calling an Apple store over the phone to make an appointment?

Everytime I've tried to do that I get routed to central customer service.

the key phrase is "speak with manager" and it'll patch you in directly to the store.
Reactions: pgharavi, Ener Ji and liamsterbins

Jetfire said:
Damn wish they would have done this on my Early 2011 15' Macbook Pro. I had them replace the Battery that was shot before they discontinued service on it, last December.
Click to expand...

Is the Early 2011 no longer serviced by Apple at all? Was thinking of trying this with Apple and see what happens.

Cloudane said:
This is where people will start furiously cycling their batteries to get the service recommendation to come up in the hopes of a free upgrade only to find the genius guys extract some kind of usage data, see right through it and do nothing of the sort...
Click to expand...

Time to find out where that .plist or whatever is stored and wipe it, lol. Although it's probably stored in the SMC or whatever. Not sure if you can flash that.
D

The question is. In which countries is this available? It's hard to believe that in Romania somenone will do that for me .
Last edited: Jul 24, 2017
Reactions: NGruia and LiveM

I have a Early 2011 MacBookPro with a battery issue. It holds 65% of capacity and it has 200 cycles. Would it qualify?

Neat. Those older Macbook Pros have a built-in Dock on the side.
Reactions: MagicBoy, SpacemanSpiffed, melendezest and 10 others
I

they'd have to pay me extra compensation to take a touch bar model as replacement!
Reactions: flowave, MacFather, winglet69 and 10 others

I'm sure they have tons of them lying around.
Reactions: flowave, LiveM, CarpalMac and 5 others

Reddit guy is full of ****, sorry folks....there is more to his story or he is just a pathological liar. There is just simply no way that Apple would just say “we’re gonna charge you 200 and give you a 5 year newer computer” for just a battery. Perhaps a year or two newer, but no way...
Reactions: thebryceman, jimthing and thisisnotmyname
C

Jetfire said:
Damn wish they would have done this on my Early 2011 15' Macbook Pro. I had them replace the Battery that was shot before they discontinued service on it, last December.
Click to expand...

17" : I had the battery replaced in December and asked to test the GPU, the GPU died at the beginning of January, Apple said they did not have parts so they refused to do anything about it.

The GPU had already been "repaired" twice.

Now I use a PC.
Reactions: baypharm and LiveM
B

Had a track pad problem, when to he genius bar and was told $350 to change track pad. BUT since my batteries were used up for $199 I could get a NEW not refurbished 15" rMBP. More ram and more storage and new processor. Thank you Apple.
Reactions: LiveM, Cameroncafe10a, Ener Ji and 2 others
D

macduke said:
Can you still get a new battery with out of warranty service if your device doesn't show that it needs service?
Click to expand...

I just took five computer from that era in cause they had battery issue. only 4 passed the diagnostic for battery replacement the fifth they said I had to wait. since they are work machines we needed the 4 fixed now. 3 they had the refurbs in stock, the 4th the boss opt'd to pay up for newer. oh and the touch bar computers are not allowed.
Z

I wonder if I'd be able to slip my mid-2014 model in there I've been bad with the battery, it's already well over 1000 cycles.
Reactions: icallmydmicrosoft
You must log in or register to reply here.
Share:
Facebook Twitter Reddit Email Share Link
Register on MacRumors! This sidebar will go away, and you'll see fewer ads.
Sign Up
Top Bottom