Apple has been promoting the new M1 iMac, M1 iPad Pro, and second-generation Apple TV 4K following their announcements, and Apple's vice president of product marketing for home and audio Tim Twerdahl today did an interview with MobileSyrup to discuss the revamped Apple TV 4K and the updated Siri Remote. 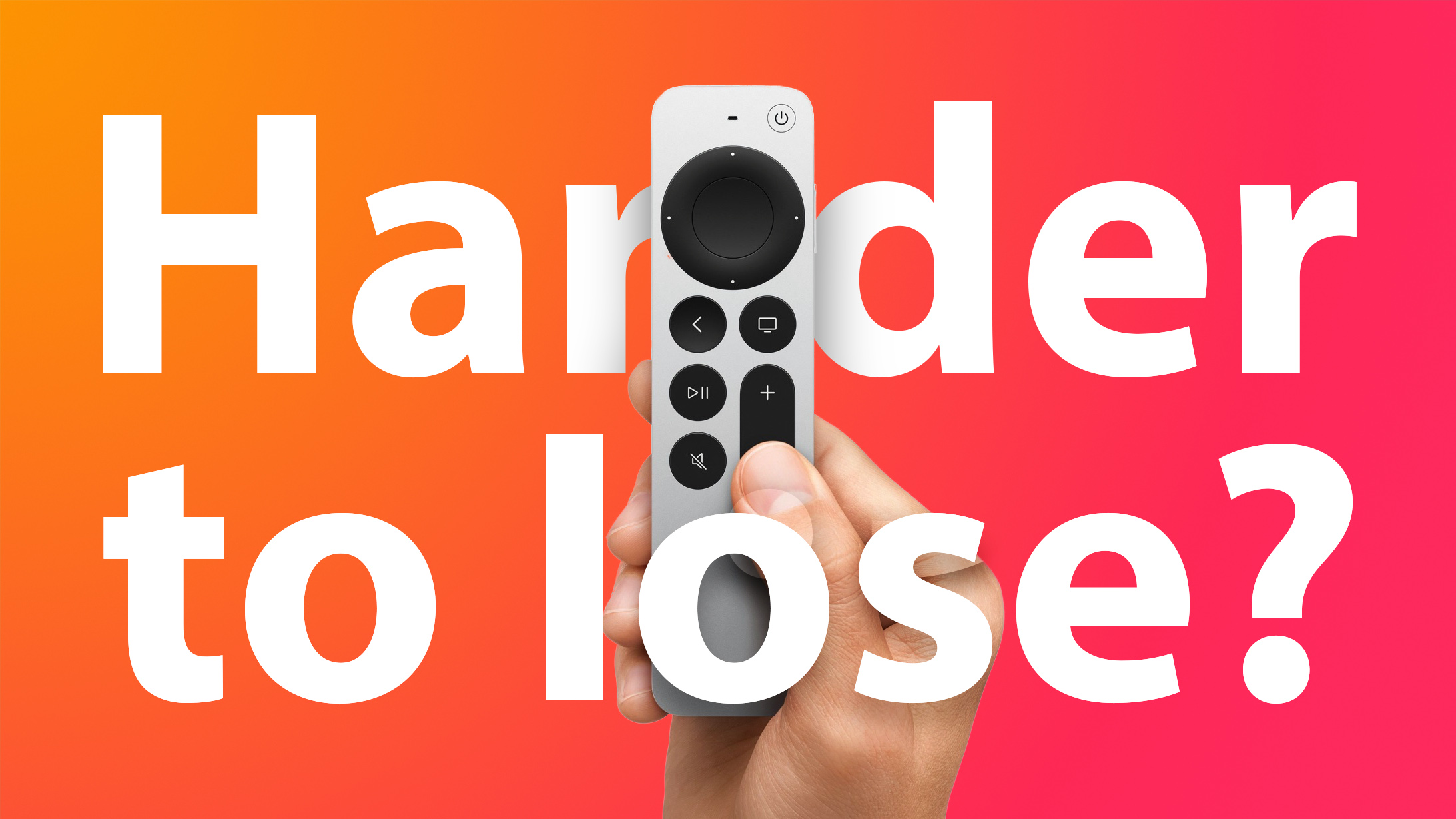 Prior to the release of the new Apple TV 4K, there were rumors that the updated remote would include Find My functionality, which didn't happen. Twerdahl said that it was not a priority because the Siri Remote is thicker and won't get lost as easily.

With the changes we've made to the Siri Remote - including making it a bit thicker so it won't fall in your couch cushions as much - that need to have all these other network devices find it seems a bit lower.
Click to expand...

He said that Apple shifted to a new remote design because Apple is always aiming to deliver "richer experiences to people at home," and the kinds of content and how people are getting Apple TVs has changed. In some cases, the Apple TV is being used as a total cable box replacement, necessitating new remote functionality like a mute button.

We recognize that because a lot of people were moving to the Apple TV as the one box they have, having one remote that did it all in terms of powering up and down your system, would be important, so we wanted to add that as well. We knew that there was a group of customers who really had grown up on or historically used five-way controls -- up down left right select -- and just felt comfort with that. We knew that there was a lot of power in the swiping, but we thought that maybe something that delivered on the best of both worlds was a great way to enhance the experience of customers.
Click to expand...

The new Siri Remote ditches the gyroscope and accelerometer that were included in prior versions, so the remote no longer serves as a game controller. There was a time that Apple required all Apple TV games to support the Siri Remote, but there's been a major change in thinking at Apple.

Twerdahl says that Apple believes that if you want to play a game, "a dedicated game controller is the best experience."

Twerdahl also further discussed the design of the remote, gaming on the Apple TV, and he highlighted eARC and the option to have other sources connected to the TV use Apple TV to output to HomePods, with his full interview available over at MobileSyrup.

Just got the new Siri Remote today and when using the YouTube app, you used to be able to skip ahead 15 seconds or so by pressing a certain area of the trackpad and no controls came up on screen, which was nice. Now I can't seem to replicate that feature with the new remote, it skips ahead the 15 seconds but it pauses the video and the controls come up on screen...that's not cute.
Reactions: matrix07, levander, insomniac86 and 11 others

Nice! Now I don't have to buy an AirTag for my backpack because it's sooo much thicker than an TV remote!
Reactions: 4491275, agoodpub, Cicciorino and 155 others

The device doesn't leave the home, it's not asinine they didn't include it. You don't need U1 in the new remote – you want it in the new remote.
Reactions: filmbuff, AirunJae, Solomani and 48 others

Then why do you need Find My for your backpack or bike or anything larger than the new Siri Remote?
Reactions: MartyvH, levander, Spanther and 39 others

You’re losing it wrong
Reactions: bboyredcel, levander, iPhilPHX and 44 others

This guy must be joking. smh
Reactions: levander, AussieStu, lbmdk1 and 11 others
P

Basically 2 different teams didn't talk to each other so the feature is not implemented.
Reactions: Cicciorino, AirunJae, Philfreeze and 66 others
T

so air tags are meant for things smaller than a siri remote?
Reactions: realeric, michelb76, levander and 24 others

The items I am tracking with airbags are larger than the remote. Guess they are hard to lose as well.
Reactions: levander, SEmAN, TheWatchfulOne and 10 others

That’s cute. I suppose I don’t need an AirTag on my backpack either because it’s MUCH larger than a Siri remote could dream of being. ?

There’s no valid excuse, the thin (and still small) design of this new remote makes it just as likely to get lost in big couches.
Reactions: thebryceman, levander, RPi-AS and 10 others

Yes because the cushions on my sofa were designed down to the millimeter smh
Reactions: TheYayAreaLiving 🎗, B4U, ohio.emt and 4 others

For a company so stubborn it’s shocking how innovative they can be.
Reactions: YouKnowIamRight, thebryceman, michelb76 and 22 others
L

I mean, you could say that about anything.
I don’t need find my in the AirPods, I want it in them.
Also, how do you know that it doesn’t leave my home? Are you me?
Reactions: agoodpub, Philfreeze, levander and 21 others
K

Reminds me of “You are holding it wrong”
Reactions: levander, audiophilosophy, JEY and 8 others

When it is reported missing, can usually find it. It usually slides into the universal couch slot.
Reactions: AirunJae, PinkyMacGodess, Jeff Straight and 5 others

I've owned Apple TVs since the start. I've never lost the remove more than 10 seconds of searching. Why is it anywhere other than right next to the couch?
Reactions: bboyredcel, MartyvH, lucas and 17 others

Wait what?!? My iPhone is air pro max is bigger?
Reactions: peanuts_of_pathos

Ignoring the Siri remote comment - and the 8 repeats of the same joke on the first page. I've not been able to use my stereo HomePods as an output constantly on my Apple TV (including the new one) as some apps don't sync up when using them. Twitch for instance is about 5 seconds behind, it's awful. They've had this feature for about 6 months now and Twitch still hasn't fixed it in their app.
Reactions: erniefairchild1, Sandstorm and Td1970

Imagine how much they paid the PR consultant to come up with this statement.
Reactions: 1258186, levander, IllinoisCorn and 24 others
M

Virgo said:
You're losing it wrong.
Click to expand...

Macintosh IIvx said:
I've owned Apple TVs since the start. I've never lost the remove more than 10 seconds of searching. Why is it anywhere other than right next to the couch?
Click to expand...

i'm shocked we don't all have your same layout with the same accessories scattered throughout the house with the same house members that use and leave things exactly as you use them.
Reactions: bboyredcel, agoodpub, AirunJae and 22 others
You must log in or register to reply here.
Share:
Facebook Twitter Reddit Email Share Link
Register on MacRumors! This sidebar will go away, and you'll see fewer ads.
Sign Up
Top Bottom