Apple Expected to Release 5.4-Inch and 6.7-Inch iPhones With Thinner Displays in 2020

Apple plans to release 5.4-inch and 6.7-inch iPhones with thinner OLED displays in 2020, according to Korea's ETNews.

The report claims the so-called iPhone 12 Pro and iPhone 12 Pro Max models will adopt a Samsung technology called Y-OCTA that allows touchscreen circuitry to be directly patterned on the OLED panel without the need for a separate layer, resulting in a thinner display and lower production costs. 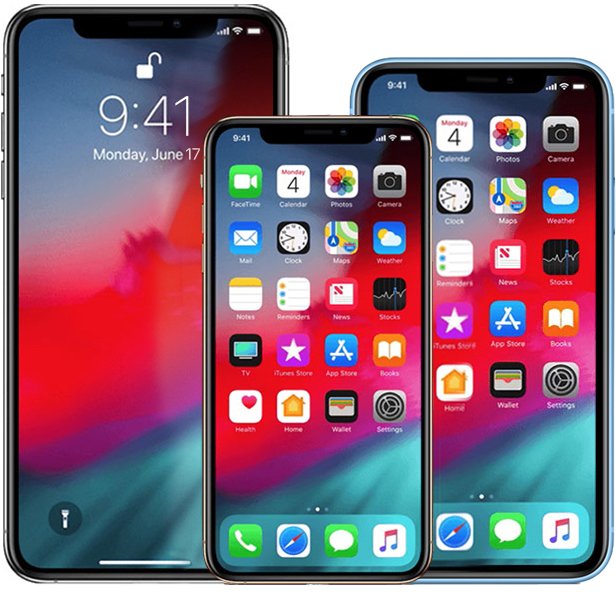 It's unclear if the thinner display technology would translate to overall thinner iPhones next year. Notably, the iPhone 11 Pro and iPhone 11 Pro Max are actually slightly thicker and heavier than the iPhone XS and iPhone XS Max, respectively, as Apple added larger batteries in this year's devices.

Samsung will supply Y-OCTA displays to Apple for both the 5.4-inch and 6.7-inch iPhones, while the lower-cost 6.1-inch model will stick with traditional film-based displays supplied by both Samsung and LG, the report adds. Chinese display maker BOE may be out of the running as a supplier for 2020 iPhones.

2020 is expected to be a big year for the iPhone, with rumors pointing to the two new display sizes mentioned above, a redesigned metal frame similar to the iPhone 4, rear-facing 3D sensing, 5G support, and up to 6GB of RAM.

Multiple reports have claimed that Apple eventually plans to release an iPhone with both Face ID and under-screen Touch ID, although it is unclear if the device will arrive in 2020 or 2021. The under-screen Touch ID would potentially allow users to authenticate by holding a finger anywhere on the display.

2020 iPhones will be the best selling iPhones since iPhone 6.
Reactions: a_politis, Pahanda, EightyTwenty and 14 others
Comment

Does a thinner display mean thinner phone? Or does it mean more room for a larger battery?

We all know this just means a thinner phone and no chance of using that extra space for more battery.
Reactions: Oblivious.Robot, Cape Dave, Glideslope and 4 others
Comment

Please make the display super small so we can get a better battery for more use instead another accupack....
Reactions: TMax
Comment

I wouldn't mind a slightly smaller iPhone 12 Pro (or whatever they end up calling it) compared to my iPhone XS.
Reactions: GrumpyMom, u+ive, Feyl and 3 others
Comment
B

Costino1 said:
Does a thinner display mean thinner phone? Or does it mean more room for a larger battery?

We reached the breaking point (literally) of phone thinness.
Click to expand...

iPhones have been getting thicker since the thinnest model which was the 6
Reactions: jpn, a_politis, _Refurbished_ and 22 others
Comment

If it (plus energy efficiency savings with the 5nm A14) mean retaining iPhone 11 Pro battery life but returning to iPhone Xs thickness/ weight that might be no bad thing?
Reactions: Eagle1337, bbates123, Internet Enzyme and 1 other person
Comment

Baymowe335 said:
2020 iPhones will be the best selling iPhones since iPhone 6.
Click to expand...

Yuppers! That's what I plan on upgrading... from iPhone X! I'm guessing a slight design change as well...
Reactions: iRun26.2, Tarantularock, redgreenski and 2 others
Comment

For me, it’s going to seem to be a looong wait. Can’t wait to get rid of this Intel-Inside XSMax.
Reactions: Eagle1337, WRChris, fatlardo and 1 other person
Comment

I think we need to stop trying to make everything thinner & lighter. Focus on better and longer battery life, stronger glass, and durability.
Reactions: a_politis, TMax, 28Gauge and 15 others
Comment

Time for a redesign. iPhone X, XS and 11 are the exact same.
Reactions: BoScO999, Feyl, Kram Sacul and 3 others
Comment

SliderX5 said:
I think we need to stop trying to make everything thinner & lighter. Focus on better and longer battery life, stronger glass, and durability.
Click to expand...

Not entirely sure what you're getting at because as far as I know the iPhone hasn't become thinner or fundamentally lighter (if at all) in generations.
Reactions: a_politis, martyjmclean, EightyTwenty and 9 others
Comment
R

This sounds like a great phone, now if only they would make a non-Pro small flagship model. I'm just going to have to get an iPhone 8SE2 or whatever it ends up being called.
Reactions: cecil444, CyberBob859 and jpn
Comment

Virtually no one outside of Apple wants thinner phone. BATTERY LIFE is our main concern.
Reactions: KushagraSharma, Alaxlmartin, Airstrip1Guy and 17 others
Comment

Every time a component is reportedly made thinner there’s a chance for things going wrong....I just hope QA will be on board to avoid a future “displaygate”
Reactions: TMax, GrumpyMom, salz4life and 1 other person
Comment

Battery life is already good, make it thinner and lighter. Current phones are chunky as hell.
Reactions: a_politis, _Refurbished_, Moi Ici and 16 others
Comment
A

Apple is making the the smaller iPhone Pro even smaller to push people into spending more money and getting the big one. I see what you did there Apple. They are professionals into doing that, same with memory capacity, they offer 64 and jump to 256 LoL
Comment
A

I was a fan of the iPhone 4’s flat sidedness. I like how I could stand it up on its side without it falling over.
Reactions: TMax, KrispE00, u+ive and 8 others
Comment

SVTmaniac said:
We all know this just means a thinner phone and no chance of using that extra space for more battery.
Click to expand...

Why? They just made phones and MBP’s thicker and used the space for more battery.
[automerge]1574864615[/automerge]

Andronicus said:
I was a fan of the iPhone 4’s flat sidedness. I like how I could stand it up on its side without it falling over.
Click to expand...

I hope the thinner display will mean a thinner phone. The iPhone 11s are kinda chunky and the battery life is now good.
Reactions: a_politis, Ralfi, class77 and 4 others
Comment
P

Hopefully the bezels will be smaller too. The current 11 Pro Max is about the same size as the previous Plus size phones going back to the 6 Plus. I don't think the 6.7 inch 12 Pro Max will be any bigger.
Looking at the Samsung Note+ which has a 6.8 inch screen, the size seems perfectly manageable.
5.4 inch however is indeed too small. It's just a trick to get people to upgrade to the Max.
Reactions: AmazingTechGeek, class77, radiologyman and 1 other person
Comment
M