Apple has hired Nvidia's Jonathan Cohen, director of deep learning software for the company, according to Cohen's LinkedIn page, which was first spotted by Re/code. Deep learning essentially trains computers to recognize patterns in data and then organizes them in a similar way to humans. Nvidia uses deep learning in its Nvidia Drive PX platform, which is used to power self-driving cars.


Cohen's LinkedIn page doesn't list an official title with Apple, instead only listing "Software" as his position. He's held multiple positions within Nvidia since joining the company in 2008, starting out as a Senior Research Scientist and building his way to Director of Deep Learning Software this year. Cohen also has experience working with Nvidia's CUDA platform, which is used to power GPUs in broad-ranging use cases like air traffic control and blood flow prediction software.

As noted by Re/code, Apple currently uses deep learning for Siri and Apple Maps. It's unknown what Cohen's expertise could be applied to at Apple, but at this year's CES Cohen was explaining how Nvidia's deep learning technology was being used in its self-driving car platform Drive PX.

Apple has met with California DMV officials regarding self-driving car laws within the state and multiple reports from The Wall Street Journal indicate that the Cupertino company is exploring the functionality with the possibility of including it in a later iteration of the much-rumored Apple Car.

In recent years, Apple has poached employees from Tesla, Ford, GM, A123 Systems and Samsung for its secretive automotive project. More recently, it's hired away talent from electric motorcycle startup Mission Motors, who had to close its doors after the talent drain. In September, it was reported that Apple was labeling the car project a "committed project", speeding up development and aiming for a 2019 launch date.

The plot thickens ...
Reactions: satcomer, chakdey, Glideslope and 1 other person

Who else can't wait for auto-valet with Apple Watch?
Reactions: Jason83 and fullauto

He keeps saying, "Somehow it learns..."

MacRumors said:
More recently, it's hired away talent from electric motorcycle startup Mission Motors, who had to close its doors after the talent drain.
Click to expand...

I wonder how long before they start poaching people from McDonalds, there's money to be made in fast food as well, they might be able to make the thinnest burgers for the most money.
Reactions: xSeaside, rjvs, Chad-VI and 9 others
R

If it comes with Apple Maps, buy a thick Bible and learn to pray fast.
Reactions: Chad-VI, Jamalien, xnu and 6 others

After using Apple Maps for years, I'm pretty sure it flunked its deep learning class.
The predictive text engine, what ever the hell it's called, is even worse. It will routinely suggest a misspelled word.
Reactions: Benjamin Frost 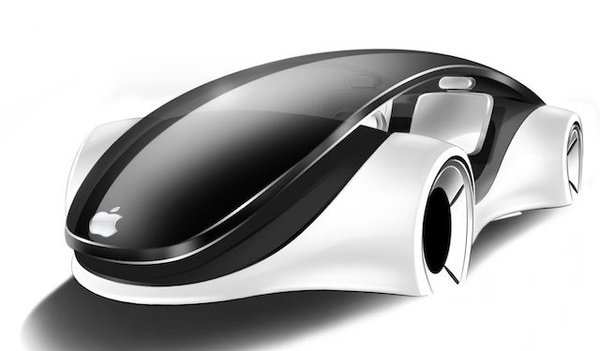 So what approach would you propose to create a self learning system?

I think for the application it's 100% on the money. Imagine you see something you've never seen before, eg a brand new model of sports car. You know it's a car because of specific traits you are familiar with. Wheels, doors, mirrors, etc.
Reactions: Jason83

Donoban said:
So what approach would you propose to create a self learning system?

I think for the application it's 100% on the money. Imagine you see something you've never seen before, eg a brand new model of sports car. You know it's a car because of specific traits you are familiar with. Wheels, doors, mirrors, etc.
Click to expand...

Wish they'd poach a nVidia expert in OpenCL drivers, because Apple's are the worst in the industry.
Reactions: teagls and duffman9000
8

I have a low skilled job in the 1st world. Barely paid over minimum wage but I'm in something like the top 5% richest people in the world.

(I'm not complaining about my situation- just an observation)

I can just about afford the latest iPhone... But an Apple car? Forget it! This thing is gonna be expensive !!!
Reactions: rbrian

It starts with a premium car, with auto show, models and everything. Before you know it, they'll sell it at Target.
Reactions: duffman9000
A

Do whatever you want Apple, Only after fixing the Apple Maps.

Nah, they're not building a car. That's crazy talk. Notice all the naysayers coming out now and apologising for chastising those who said Apple were working on car? Yeah, I don't either.

You must have been one of those on the Back to the Future II production design team.
Reactions: Michael Scrip

How's that working our for you?
Reactions: Jason83

So what's your idea to creating a learning computer?
Reactions: Jason83

RockSpider said:
If it comes with Apple Maps, buy a thick Bible and learn to pray fast.
Click to expand...

Don't worry; Apple will include the Bible. It will be the world's thinnest Bible! 'Thinner than thin.'
Reactions: macs4nw

I fear that Apple are turning into Google.

What with the moonshots like Apple Watch and Apple Music, a self-driving car is yet another. I won't be surprised if they bring out Apple Glass at this rate.

MEMO TO TIM COOK: please concentrate on your strengths and make computers only.
Reactions: Cormac and SusanK