Apple 'iSlate' Trademark and What is a 'Magic Slate'?

After we broke the news yesterday that Apple had acquired iSlate.com, other pieces to the puzzle seemed to fall into place. Notably, TechCrunch found that iSlate had been registered as a trademark by an unknown Delaware company by the name of Slate Computing, LLC in November 2006. iSlate had also been registered as a trademark in Europe using a law firm that Apple employs. The implication being that Apple set up Slate Computing, LLC as a dummy corporation to secretly acquire the iSlate trademark. Apple has been known to do this in the past. For example, the iPhone trademark was originally filed by Ocean Telecom Services, another anonymous Delaware-based company.

In delving deeper, however, we have discovered evidence that Apple is indeed behind Slate Computing, LLC and the iSlate trademark. The trademark application documents for the iSlate reveal the signatory being one Regina Porter:

Regina Porter happens to also be Apple's Senior Trademark Specialist as shown in her Linkedin profile. While we can't definitely pinpoint this to be the exact same Regina Porter, it seems beyond the realm of coincidence. So, not only did Apple obtain the iSlate.com domain in late 2006/early 2007, it also seems likely that Apple also filed for an iSlate trademark under a dummy corporation. Given that, it seems "iSlate" is very likely going to be the name of the upcoming Apple tablet.

Another interesting tidbit, as first noted by Fscklog, iSlate is not the only trademark that Slate Computing, LLC has filed for in the United States. The company also filed for a trademark for "Magic Slate". The term was categorized broadly to cover Computers, computer peripherals, computer hardware and much more. "Magic Slate" adopts a similar naming convention to the recently released multi-touch Magic Mouse from Apple. It's not hard to imagine that a "Magic Slate" would be a multi-touch peripheral for computers, much like the multi-touch iGesture Pad released by Fingerworks before their acquisition by Apple. 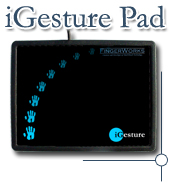 Exactly such a multi-touch "trackpad gadget" was rumored in October. It's not clear if Apple is still planning on releasing such a device, but the name of "Magic Slate" would fit in nicely alongside the Magic Mouse.

Article Link: Apple 'iSlate' Trademark and What is a 'Magic Slate'?

iSlate? Blah. Well, I though iPod was stupid when I first heard it too, so what do I know?
Comment

HiRez said:
iSlate? Blah. Well, I though iPod was stupid when I first heard it too, so what do I know?
Click to expand...

True. I still think that just calling it the "Slate" would be a very cool title.
Comment
D

Some damn fine journalism there, MacRumors. I'm really looking forward to seeing what Steve Jobs has been working on for so long. As an owner of a MacBook Pro and an iPhone, I'm not sure if I am really in need of a tablet, but Apple sure has my attention, that's for sure.
Comment
S

Wow lots of twists and turns apple has created
Comment

Impressive, arn. Thanks for keeping us updated on this obviously developing story!
Comment

Could the Magic Slate be a Wacom Tablet competitor?
Comment


xDYLANx said:
Could the Magic Slate be a Wacom Tablet competitor?
Click to expand...

Very interesting wording u have there. That'd be awesome.

Magic slate = keyboard with LCD on it like iPhone instead of buttons but who knows.
Comment
S

Now a Magic Slate as well? Is this a multi-touch MBP trackpad for the desktop or something entirely different? I'm still waiting for Apple to make good use of the multitouch dictionary of gestures they patented.

If the iSlate isn't a standalone device I won't be purchasing it. I'm not going to sync a 10" tablet to a 13" Macbook.
Comment
C

The timeframe of the registrations could have been in response to Cisco's attempt to get $$ from their iPhone trademark.

probably not but interesting that this was happening while Apple was fighting with Cisco over those trademarks...
Comment

interesting to see all of this and what will be true next month! I do like the iSlate name better than anything else I have heard so far
Comment
B

bucksatan731 said:
Also of note is that the New York Times editor made mention of "Apples upcoming Slate"
Click to expand...

Rocketman said:
Which was on what date?
Click to expand...

October, I believe. It was mentioned in an off-the-record video clip. I read more about it here.
Comment

ziggyonice said:
True. I still think that just calling it the "Slate" would be a very cool title.
Click to expand...

That name could run into some difficulty. Microsoft is a serious challenge to overcome.
Comment
C

Dear God, please let the Apple Special Event introducing a tablet happen soon, so that we can stop the constant flow of tablet stories with useless information? Thank you.
Comment

I'm now a believer that an Apple tablet is immanent. It's too obvious now.

OH MY GOD! how many people are going to use this joke?? it's not funny and it has been said several times before in the previous iSlate story. You aren't original -_-
Comment

Steve Jobs probably is being shown this, and is screaming as we speak. Nice reporting!
Comment

I like Apple Slate or Mac Slate better. iSlate doesn't roll off the tongue very well, but then again neither does yo momma!

Sorry, I'm feeling a bit ridiculous today after the Christmas Blizzard of '09! Good work on all this research everyone. Looking forward to January what...26th or something?
Comment
S

This guy's not having it!

What I think of for "Magic Slate"

I had magic slate toys when I was a kid. They still sell them on Amazon: