Confirming earlier reports, Apple today issued media invitations for a special iPhone event to be held next Tuesday, October 4th at the company's Town Hall auditorium at its headquarters in Cupertino, California. The event is scheduled to begin at 10:00 AM Pacific Time.

Invitations for the event carry the tagline "Let's talk iPhone" and depict iOS icons for Calendar, Clock, Maps, and Phone. 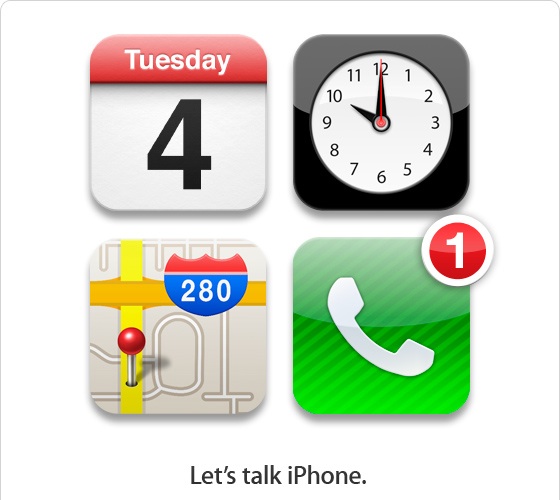 Apple is of course widely expected to introduce its next-generation hardware (whether it be iPhone 4S, iPhone 5, or both) at the event, and is expected to also be including a minor update to its iPod line. iOS 5 and iCloud are also expected to be topics of discussion at the event, while other reports have indicated that Facebook may launch its iPad app at the event. 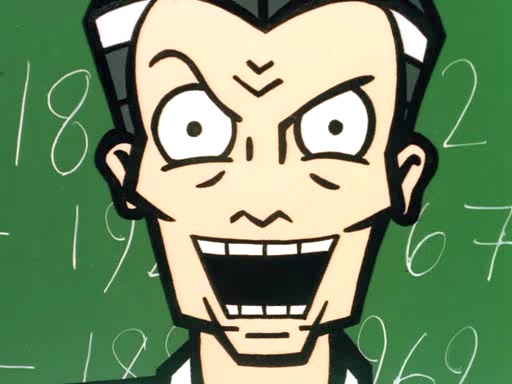 Great! Time for the next rumor. When will the iPad 3 be released?
G

Man I am totally pumped!
M

1 "new" notification on the Phone app... perhaps to quell the expectations of 2 new phones being released? or with 4S being an update, the 5 is the only new one?

You see something in everything

Something Android has had for years and still has.

AppleScruff1 said:
Great! Time for the next rumor. When will the iPad 3 be released?
Click to expand...

I'm still holding out for the PowerBook G5.


tethead said:
1 "new" notification on the Phone app... perhaps to quell the expectations of 2 new phones being released?
Click to expand...

Could just as well be a reference to them being the number one phone manufacturer.


It's not like they haven't dropped some big hints before: 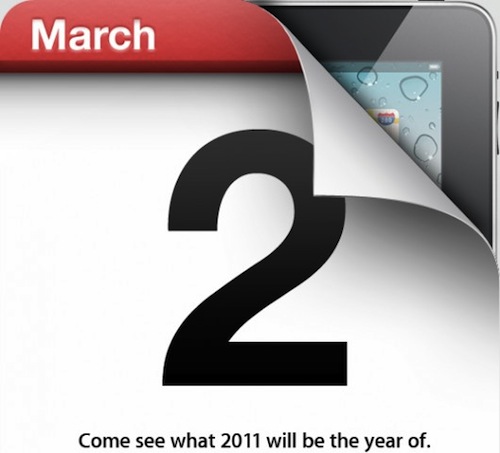 tethead said:
1 "new" notification on the Phone app... perhaps to quell the expectations of 2 new phones being released? or with 4S being an update, the 5 is the only new one?

My first reaction as well. 1 notification on the Phone app = 1 phone

Now time to depict every picture in and word in the invitation!

We can finally put aside at least the rumors as to when the event will be held!

pewra said:
I'm still holding out for the PowerBook G5.
Click to expand...

Wish I could +1 this unlimited times.

YES! We can finally get some peace of mind! Just sold me i4 yesterday, too. PERFECT timing. STOKED!!!

Is this a lot smaller venue than the normal keynote location(s)?

I.E. will the event be smaller do to size constraints and invites?
P