In advance of Earth Day, Apple overhauled its Environmental Responsibility website with new content that reconfirms the company's dedication to operate its business in a way that is best for the environment. The updated website features a new "Better" video narrated by Apple CEO Tim Cook that explains the company's environmentally friendly values.

Keeping with this Earth Day theme, Lisa Jackson, Apple's vice president for environmental initiatives, recently gave Wired an exclusive tour of Apple's newest data center in Yerington, Nevada. Apple is close to powering all its facilities entirely with renewable energy, with both its corporate office and data centers now at 94 percent and climbing. This Nevada facility continues Apple's commitment to obtain its energy from cleaner sources. 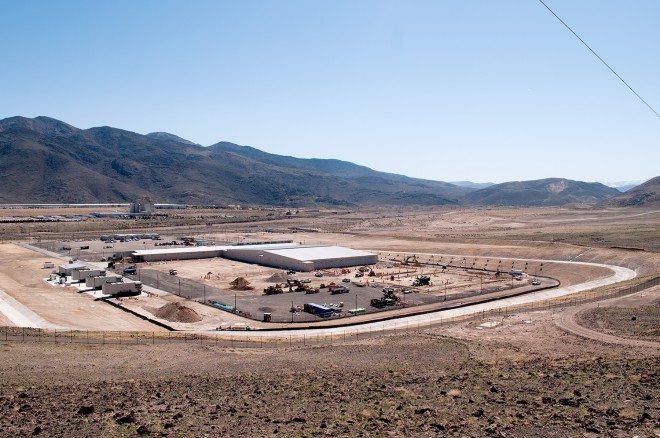 Though Jackson can't take credit for Apple's renewable initiative, she monitors its progress and, perhaps even more important, spreads the word that renewables aren't just for tree-huggers, but are serious energy sources that can take on the biggest jobs. "No one can ever claim again you can't have a data center that runs on 100 percent renewable," says. "Once those proof points are out there, it makes it easier for policies to follow."
Click to expand...

Though the company uses wind and hydroelectric power in its other facilities, Apple is relying on solar power in its Nevada facility. This design mirrors the company's Maiden, North Carolina data center, which uses two 100-acre solar fields to produce a total of 50 megawatts.

Apple is now building out a similar solar array in Nevada on a 134-acre field within the grounds of the Nevada facility. When completed sometime next year, this array will generate approximately 18-20 megawatts of power, with the remaining power for the center being supplied by geothermal energy.

MacRumors said:
Though the company uses wind and hydroelectric power in its other facilities, Apple is relying on solar power in it Nevada facility.
Click to expand...

How about Apple launches a 'new products' campaign? You know, where where they release new products.
L

Never knew Apple does that!

I don't buy an iPhone, just because it's 'greener' that's just a bonus

They're revolutionizing the world. One "product" at a time. "Making the tools to inspire others to do the same..."
S

Great use of Tim Cook for the narration. More of these please.

It's fantastic that big companies are using renewable energy to power their facilities . A lot of users will comment about how much "they don't care about green products as long as they have new products", but what they fail to realise is that their phones, laptops, computers aren't going to save them when the weather behaviour begins to become extreme.

The get released when they're ready. Patience, grasshopper.

Nice! And if they now also fix the FaceTime 'easter-bug' I'm totally happy.

Is the lighting that is supposed to be the sun added to this video? It wouldn't normally be coming over the back of the solar facility. The Solar Facility should be facing South to receive the sun, but it seems in a few places that the sun is coming from behind and the solar arrays aren't tilting to meet the sun.

Tough to say, maybe this video is mainly shot at dawn.

Anyway, good to go Apple. But really solar power is going to come on strong in the next few years. It is just getting too cheap. Apple isn't just doing this for the press. I bet it pencils out financially when you look at it over a 20 year lifecycle for the solar project.
R

I don't buy it

What American accent is this? I think it spoils the video.
J

Apple is an example of a highly responsible corporation. Apple's values are just more reasons to love their products.
C

When I first read it's narrated by Tim, I wasn't that excited. After 10 secs in I was in awe, if he wants to sound exciting he can (compared to the keynotes). How awesome would it be to get a TV ad narrated by him on a commercial break. Nothing says "we care" more than the sort of distant CEO narrating these types of videos.
D

"Better glue the batteries in MacBooks"...

Radio said:
I don't buy it

More like the newest place for the NSA to mine data.
I

He wasn't as bad as I'd imagined him to be, but still I think we can get a better narrator out of one of the VP's.
M

And on the initial start up of the mac it will be Tim's voice instead of the other voice telling you about voice recognition for the setup?

abhishake said:
They're revolutionizing the world. One "product" at a time. "Making the tools to inspire others to do the same..."
Click to expand...

Stop it, they make phones, tablets and computers there's nothing revolutionary about there products whatsoever. The whole green thing is a marketing ploy to lure liberal progressive hippies to there products.