Apple today quietly launched a new iPhone 6s Smart Battery Case that will prolong the smartphone's talk time and internet use up to a total of 25 and 18 hours respectively (via CNET). The case's outside material compares similarly to the company's previous line of silicone accessories, with an added hump sitting in the middle of the backside where the extra battery rests. 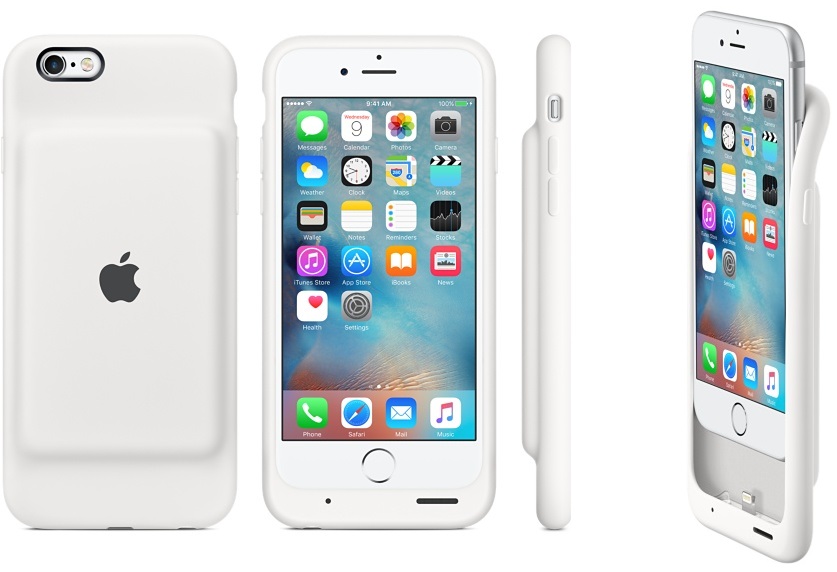 Charge your iPhone and battery case simultaneously for increased talk time up to 25 hours, Internet use up to 18 hours on LTE, and even longer audio and video playback.* With the Smart Battery Case on, the intelligent battery status is displayed on the iPhone Lock screen and in Notification Center, so you know exactly how much charge you have left.
Click to expand...

As the first official Apple-made iPhone battery case, the new product comes in Charcoal Gray and White color options and costs $99 on Apple's online store. A new feature will allow the case's battery life status to be displayed for users on both the lock screen and in Notification Center, so it's easy to determine how much life the accessory has left. The company also promised that the Smart Battery Case supports all Lightning products, including the iPhone's bundled-in Lightning cable and the official iPhone Lightning Dock. 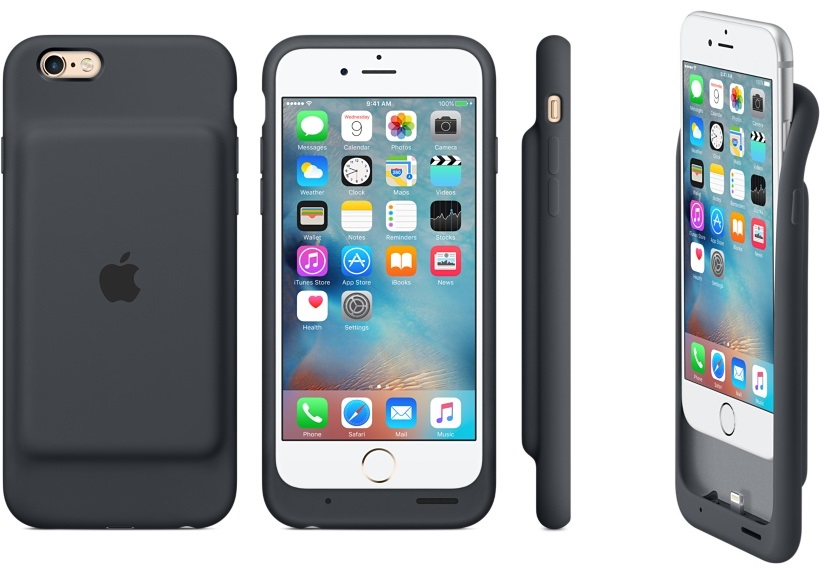 The company's storefront doesn't specifically disclose the mAH capacity of the Smart Battery Case, aside from the estimated hours given to tasks like talking on the phone and browsing the internet. There's also no version for the iPhone 6s Plus currently announced, but users of last year's 4.7-inch iPhone 6 model may be able to use the new case due to its design similarities to the iPhone 6s.

And apple subtly admits the iPhone 6 and 6s battery life is not what users want.
Reactions: SackJabbit, ruimpinho, d656 and 79 others
Comment
D

Well that was unexpected.
Reactions: Lopov Jack, boogas8, Xultar and 18 others
Comment

No comments on that unsightly baby bump on the back of the case?

Did no one else notice it?
Reactions: Koodauw, Benjamin Frost, Regbial and 43 others
Comment
5

Wow. Never saw Apple doing this. It does seem like they're attempting to make first party versions of popular third party accessories.
Reactions: d656, AleXXXa, Trickhot3102 and 2 others
Comment
N

I am sure this will sell really well because honestly compared to most cases the price is very good considering its from Apple and extends your battery life but I can't help thinking that if they had only had the phone half a millimetre thicker they could have had battery life as good as this without there being any need for clunky bulges
Reactions: vinpages, sracer, Xultar and 19 others
Comment

That....looks weird. Apple should stop obsessing with thin phones and start putting bigger batteries in there.
Reactions: ruimpinho, MagnusVonMagnum, ceva321 and 51 others
Comment

Interesting design choice to have a bump out the back, I wonder if it feels better in your hand?

I'm surprised Apple have done this, I still feel battery cases are largely a niche, I certainly don't know anyone who owns one, and I have no use for one.
Reactions: MrUNIMOG, ohio.emt and nekonokami
Comment
K

Kinda looks like the iPhone is wearing a backpack...

I don't know if I like the design or not.
Reactions: quest7, MrUNIMOG, Hastings101 and 7 others
Comment
N

What about adding 1-2 mm thickness to new iPhones and having good battery life right out of the box. IMHO unfortunately that case looks ugly.
Reactions: ruimpinho, SkippyThorson, d656 and 47 others
Comment

I guess Apple heard everyone complain about having more battery life.......but I can't believe they would make their 'incredibly thin' iPhone bulge out like this. Wow.
Reactions: Lazy, XTheLancerX, jamescobalt and 3 others
Comment
E

Probably the ugliest thing Apples ever designed, at least it's useful...
Reactions: SkippyThorson, ceva321, Glassed Silver and 37 others
Comment

At least it went under the radar...
Reactions: Sandstorm, BenGieCruz and Pbrutto
Comment
A

Looks like an iPhone that has swallowed an old ipod touch
Reactions: ceva321, fborozan, hfletcher and 25 others
Comment

I guess the next innovation is a bigger phone.
Reactions: Glassed Silver, zemsantos, Lazy and 3 others
Comment

MacRumors said:
There's also no version for the iPhone 6s Plus currently announced, but users of last year's 4.7 inch iPhone 6 model will be able to use the new case due to its design similarities to the iPhone 6s.
Click to expand...