Apple's fleet of vehicles collecting street-level mapping data in the United States will begin surveying 13 more U.S. states between July 15 and July 31, including Colorado, Idaho, Indiana, Kentucky, Maryland, Minnesota, Mississippi, New Mexico, Ohio, Oregon, Pennsylvania, South Dakota and Wyoming. Apple Maps vehicles have been spotted in 15 states to date and will have reached 28 states in total after this next wave.

Apple Maps vehicle driving in Monroe Township, New Jersey in May 2015​
Apple confirmed last month that it is driving vehicles around the world to collect data to improve Apple Maps, and the mapping imagery is almost certainly being used to create a Google Maps "Street View" competitor. Apple Maps vehicles are also taking photos of businesses and storefronts in major metropolitan areas to replace current imagery provided by third-party sources such as Yelp.

The cities and counties in the 13 U.S. states where Apple Maps vehicles will survey...

The driver is more than welcome to stop by my house and have a nice cuppa tea together.
Reactions: Benjamin Frost, businezguy, Eduardo1971 and 1 other person

Why was this deemed front page worthy?

I use it while standing in the street I'm viewing and pretend it's augmented reality. Drivers on the road think it's a hoot.
Reactions: PowerBook-G5

Swear I saw it earlier this week on the road near my house (Massachusetts), thought it was a cop pulling over a speeder, but turned out to be an escort. Car in front had all sorts of bits sprouting from the top.

Yep - I use it a few times a week, actually. Lately it's been a few times a day, as I'm looking for a new apartment and I want to check out what the neighborhoods of listings are like. It's saved me from a bunch of unnecessary trips
Reactions: CarpalMac and Vanilla35
K

Wouldn't it be easier (and more Apple-like) to just have a fleet of drones instead of cars at this point?
Reactions: Jstuts5797
R

mmmm..... can't wait to force touch for purple pin for streetview on apple map(!)
Reactions: PowerBook-G5 and The Doctor11

The way it sounds, Apple is adding cars to the program - they are continuing through the states that they are already surveying, and adding new ones, so I would hope that's new cars with new drivers.

We shall call it Apple Road View! Innovation!!
Reactions: Benjamin Frost and PowerBook-G5

kcirtap00 said:
Wouldn't it be easier (and more Apple-like) to just have a fleet of drones instead of cars at this point?
Click to expand...

Satellite view on any current map already takes care of that. It's called "street view" for a reason
D

Spotted this van a few weeks ago in Clinton Township, MI in the Taco Bell parking lot. 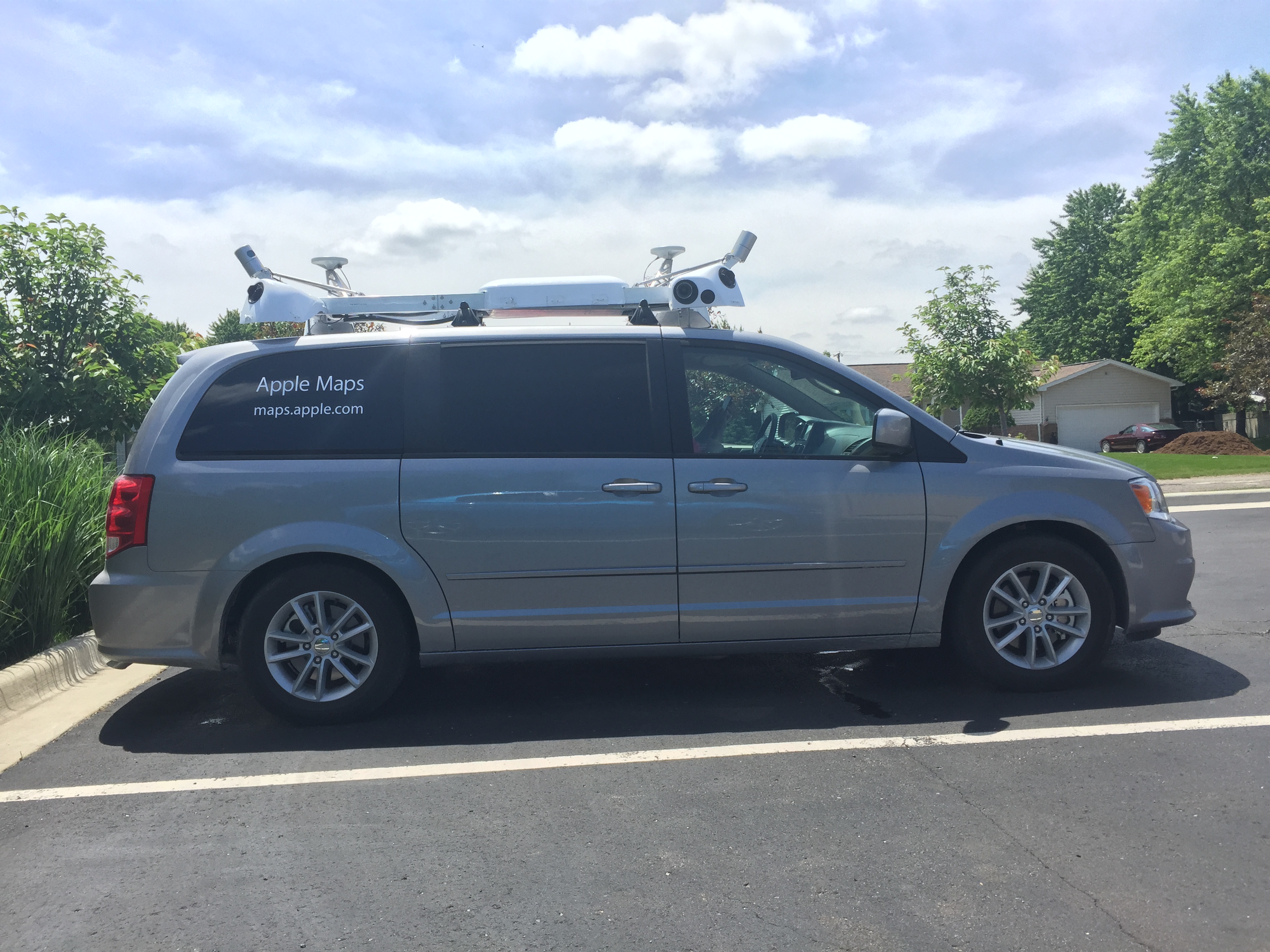 I wonder if they will have people "flashing" the car?

It made the rounds as as a Google Maps "easter egg", but the 2nd image was ultimately removed and replaced with a "black screen".

Edit: I went to look for an article about it, and found another woman in Australia who succeeded. No, I'm not going to post the image....
Last edited: Jul 1, 2015

At this rate it would be ages to cover other countries.

I'm in India and i bought iPhone 6

LTE : non yet available
Apple Pay : Nowhere in sight
Apple Maps : Just photo of the globe, nothing else.

I'm hardly using half cost of the iPhone 6 in terms features.

Also, to mention i used iphone3G, iPhone3GS, iPhone4 all on 2G network as 3G network was not available. Everything is so delayed here in India.
Reactions: Benjamin Frost
C

ArtOfWarfare said:
Why was this deemed front page worthy?
Click to expand...

Seems like another piece of Apple news like many other ones on the front page over the years.

DevinPitcher said:
Spotted this van a few weeks ago in Clinton Township, MI in the Taco Bell parking lot.

Not Whole Foods? Maybe it is an imposter van!

DevinPitcher said:
Spotted this van a few weeks ago in Clinton Township, MI in the Taco Bell parking lot.

I'm actually wondering why it is:
"Apple Maps"

Finally, after all the Chrysler minivans apple is leading or buying for this project, I hope Sergio Marchionne brought Tim a nice thank you gift last time he visited Cupertino!

Serious comment though - doesn't the google van position their camera much higher than this apple van does? I would think that would provide a different (maybe even better) view than what may be produced by pictures from this van, since it captures a more aerial view point (seeing the street from afar).
You must log in or register to reply here.
Share:
Facebook Twitter Reddit Email Share Link
Register on MacRumors! This sidebar will go away, and you'll see fewer ads.
Sign Up
Top Bottom