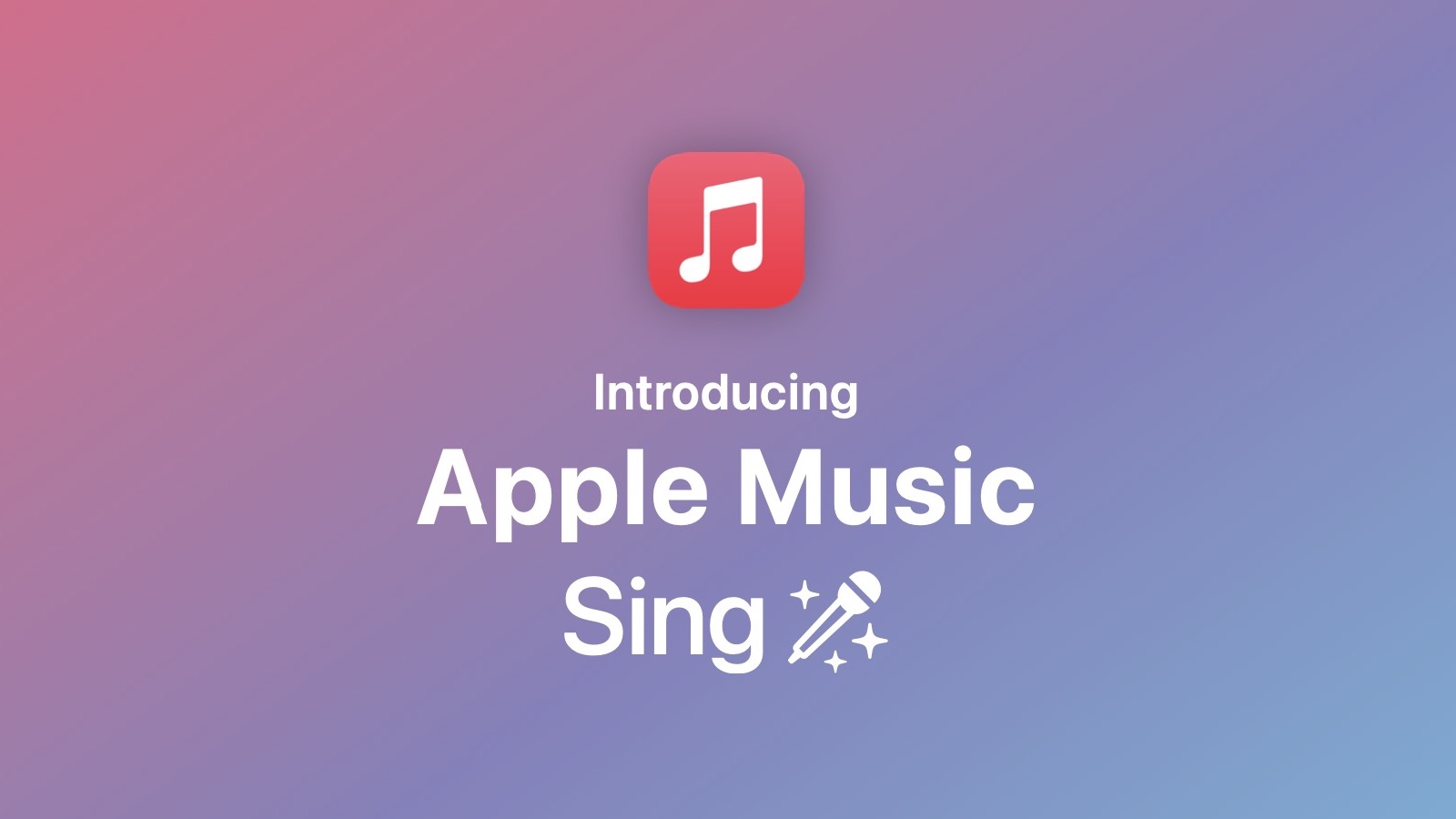 As part of the new feature, Apple Music will also be debuting over 50 new playlists focused on "all of the epic songs, duets, choruses, and anthems that have been compelling people all around the world to sing."

I'll check this out!
Reactions: omihek, iMerik, iDarth_Betar and 1 other person

Looks like something some people will enjoy during the holidays with family.
Reactions: NoelWalker, RTH23, kltmom and 15 others

Great to see this new Apple Music Sing feature added to Apple Music. Lyrics and sing-a-long is always a great feature to have!
Reactions: omihek, augustrushrox, JM and 1 other person

This could would be interesting if it permits gave the ability to turn vocals off altogether for those who enjoy instrumentals.

Edit: adjusted tense after reading newsroom post itself, which others mentioned:

The vocal slider adjusts vocal volume, but does not fully remove vocals.
Click to expand...

When the truth is found…

I hope this works with iTunes Match!
Reactions: bLackjackj and Huck

Will I be able to sing Dies Irae or Confutatis from Mozart’s Requiem?
Reactions: videosoul, Huck, Tenkaykev and 2 others

Haha, I was cleaning today and found a SingStar disc. Remember when that was all the craze?

This will be fun to try. hopefully it supports all tracks with synced lyrics.

Sounds like fun. Perfect for the holidays & spending time with the family & friends.
Reactions: _Spinn_, svish, SFjohn and 3 others
S

About time. Such an obvious feature of any streaming service.
Reactions: augustrushrox

Local karaoke clubs will not be very happy to see this.
Reactions: dustin_, augustrushrox, centauratlas and 1 other person
P

bdinardo said:
I hope this works with iTunes Match!
Click to expand...

I didn't think iTunes Match worked with anything!
Reactions: videosoul, michaelnugent, Gengar and 10 others

Will it allow for microphone input though? I think this is a great idea, but in order to have a karaoke night, you need a way for your vocals to come out of the same speakers as the music. I don't see any mention of this in the article.
Reactions: Parasolian, videosoul, ErikGrim and 4 others
D

The press release says it'll only be available on the *new* Apple TV 4K...

Requires iPhone 12 or newer :troll:
Not compatible on any MacBooks

Im expecting this in iOS 16.2 Beta 5 tbh, which will come today.

Would be cool if Apple could allow song producers to upload versions of their songs without the vocals in addition to slightly removing the vocals.
Reactions: Parasolian and centauratlas
S

Too bad it's only available on the new Apple TV 4k. I can't imagine it's too difficult for the older models to display text.
Reactions: CasinoOwl, ToxicBlue and dustin_

About damn time...........This seems perfect and actually might get people into buying an apple tv
C

Eminemdrdre00 said:
The press release says it'll only be available on the *new* Apple TV 4K...

I caught that too. I wonder why the previous 4K models can't support it?
Reactions: lesnouu, JonnyBlaze, ToxicBlue and 3 others