Apple shelved plans to introduce a full-blown television set more than a year ago reports The Wall Street Journal, citing sources with knowledge of Apple's plans. The company reportedly spent more than a decade researching the possibility of releasing an ultra high-definition television set before deciding to nix the project because it couldn't find untapped features that would give it an edge in the television market.

Apple had searched for breakthrough features to justify building an Apple-branded television set, those people said. In addition to an ultra-high-definition display, Apple considered adding sensor-equipped cameras so viewers could make video calls through the set, they said.

One of the technologies Apple investigated in the mid-2000s was a transparent display that used lasers to display an image, but it used too much power and resulted in poor image quality. Another potential feature Apple explored was video calling similar to FaceTime, but it ultimately "didn't seem compelling enough" for Apple to enter the television market.

The Wall Street Journal's report comes following comments from investor Carl Icahn, who today shared a letter covering on products he believes Apple will introduce over the course of the next several years. Icahn suggested Apple will dominate both the television and automobile markets, introducing 55 and 65-inch television sets in 2016 and a car in 2020. 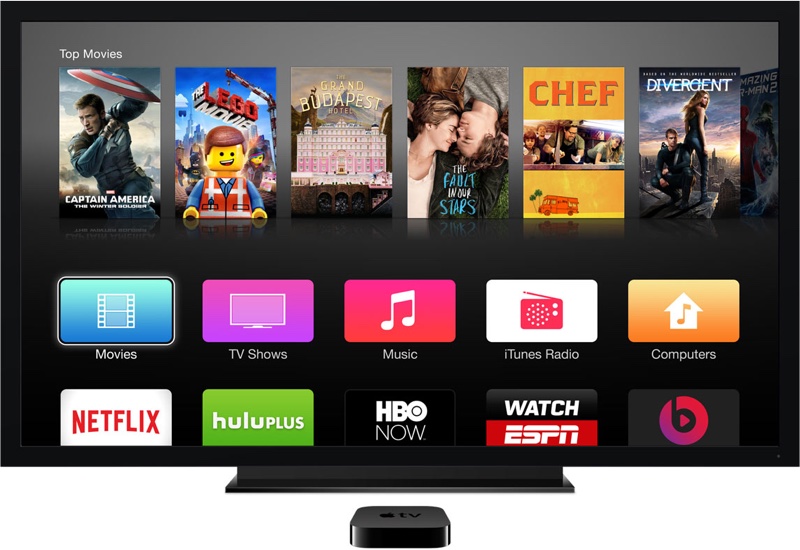 Rumors about an Apple-branded television set have circulated for many years, but picked up in 2011 after the launch of Walter Isaacson's Steve Jobs biography where Jobs' interest in the television industry was highlighted. "I finally cracked it," Jobs was quoted as saying.

Rumors continued through 2012 and 2013, pointing towards television prototypes in Jony Ive's studio and work on television designs, but rumors died down in late 2013 as a product failed to materialize. Focus turned instead to Apple's ongoing content struggles and its efforts to release a new set-top box, with the television team being disbanded and sent off to work on other projects. The television set project was not, however, officially "killed."

Apple is expected to unveil a new Apple TV and a new streaming television service at its upcoming Worldwide Developers Conference, set to begin on June 8, but according to The Wall Street Journal, the status of the announcement hinges on the completion of Apple's deals with media companies.

The new Apple TV is said to include a full App Store, Siri support, additional storage, and a redesigned form factor. The television service may feature a bundle of approximately 25 channels priced at $30 to $40 per month, with programming beginning in the fall following the prospective June announcement.

or maybe Jony couldn't find a way to make it thin enough that didn't crack during shipping.
Reactions: AleXXXa

nixed feelings about this

Wonder if/when they will do an ATV add-on camera to enable facetime in the living room. Seems a natural extension.
J

...says the Wall Street Journal...which was also the source for mass speculation of a full-blown Apple TV in the first place.
P

Good thing.
I don't feel like paying another $5,000 on a TV at the moment, but I do feel like acquiring the Apple technology on my TV.
T

They nixed it when the iPhone 6 came out and they realized there are lots of idiots in the world who will try to bend anything to get YouTube clicks.
S

This isn't surprising nor should it be. The TV market is not the phone/tablet and now watch market. It's a very different beast with very different buying cycles and needs.

The "innovation" Apple would need to have any edge is around content delivery and partnerships.

Personally I think they dropped the ball several years ago by not opening up their Apple TV platform to developers. Now they are only beginning to catch up on that front with hopes that the next version will have an App Store, etc.

A shame. Not that the "game" is over. But Apple should be much further along than they are.
T

Not shocking, since most logical people on this site couldn't figure out why you needed a TV to advance this space when the content was the key, which Apple TV already handled.

People upgrade their TVs only when they fail. Had HD not been conjured up, people would still be squinting at massive CRTs in their living room.

Apple would undoubtedly dabble in the B&O priced range of the market and see little to no upgrades. Not really a money spinner. Not too surprising. Roll on Apple TV with App Store integration!
F

could just build in a hardcore CPU/GPU running 4k smoothly, compatible with existing console controllers and existing games on the app store, airplay, kinect hand controls, record live tv to icloud and make it available to all Apple devices. i'd buy that.
J

Just because they "shelved it" doesn't mean it won't manifest by 2020. 5 years is a long time in tech.
W

farewelwilliams said:
could just build in a hardcore CPU/GPU running 4k smoothly, compatible with existing console controllers and existing games on the app store, airplay, kinect hand controls, record live tv to icloud and make it available to all Apple devices. i'd buy that.
Click to expand...

Now that the rumor is out that a real Apple TV is nixed! That means that it is now surely coming! Maybe at WWDC 2015!

I just wish they'd get on with releasing a 4K Cinema Display.

I have space on my desk for two and a credit card waiting to be melted.

Makes sense. Instead, a set top box, like the current

No compelling reason for Apple to get into this market...at least not yet. I think the big issue with TV isn't picture quality but user interface and content. These are two things that a set-top box can change and i am assuming apple will start with at WWDC. I don't think the TV service will be introduced until the fall...just in time for football and the tv season.

Would love to see how far they got. Even if it was nothing more than the competition, I bet it was a beauty.

Good business decision not to pursue this since it's hard to compete on quality with Samsung, LG, Sony, etc. and replacement cycle of TV is several years.
G

Laughing that this report comes out the same day Carl Icahn opens his pie hole about how his billions should be worth more.

Ah, so maybe that's what this fused glass patent was about...a transparent TV. 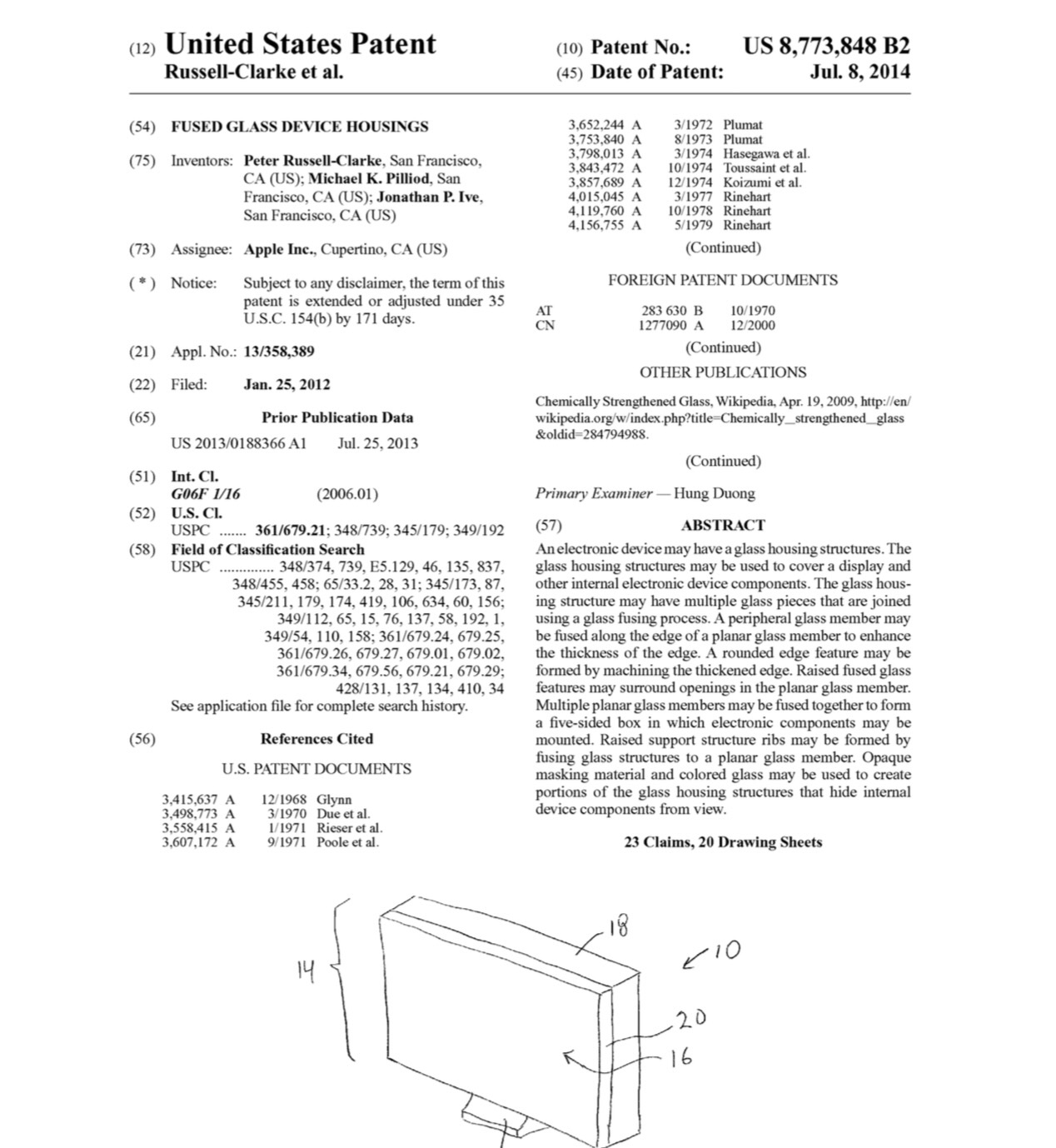 Good. I don't want them to have an excuse to loose interest in the current Apple TV. Plus, the whole idea of combining the display with the set-top box has always been stupid since the former will outlast the latter by many years. Only the biggest of Apple fanboys would be cool with dropping several thousand dollars on an Apple branded TV set every couple/few years.

JCrz said:
...says the Wall Street Journal...which was also the source for mass speculation of a full-blown Apple TV in the first place.
Click to expand...


foobarbazqux said:
Good. I don't want them to have an excuse to loose interest in the current Apple TV. Plus, the whole idea of combining the display with the set-top box has always been stupid since the former will outlast the latter by many years. Only the biggest of Apple fanboys would be cool with dropping several thousand dollars on an Apple branded TV set every couple/few years.
Click to expand...

Maybe Jobs was referring to the AppleTV when he said he "cracked it". A t.v. is a t.v. when all is said and done and it's all about the content as well as picture quality. Bells and whistles are fine as an attraction, but don't hold up too well in the long run (ahem... 3D -cough!-). Ever try using SMART TV on a Samsung? My God it's slow as hell and the router was just down the hallway. Now AppleTV I like (I have 2 of them) and I am eagerly awaiting to see what Apple will announce at the WWDC this June (I hope it's a new AppleTV). I am liking the new channels like Tastemade which, IMHO, offers way better programs than what Food Network is offering these days. Use Plex with AppleTV and if you have access to download the shows you like or are curious about, it's better than cable.
You must log in or register to reply here.
Share:
Facebook Twitter Reddit Email Share Link
Register on MacRumors! This sidebar will go away, and you'll see fewer ads.
Sign Up
Top Bottom