Stock of the Apple Pencil and Smart Keyboard remains low, but Apple is now allowing customers to use its Personal Pickup feature to order the devices online and arrange to pick them up in a local Apple Store. Enabling Personal Pickup may make it easier for customers hoping to get an Apple Pencil or Smart Keyboard to locate one nearby, as it lists retail stock that's shipped to stores each day.

Both the Apple Pencil and the Smart Keyboard were unavailable on the day the iPad Pro launched, with the earliest November 11 buyers receiving their accessories a week or two later. Those who were not lucky enough to order right at midnight when the iPad Pro launched were stuck with delivery estimates that ranged into late December. Orders placed today list a delivery estimate of mid-January. 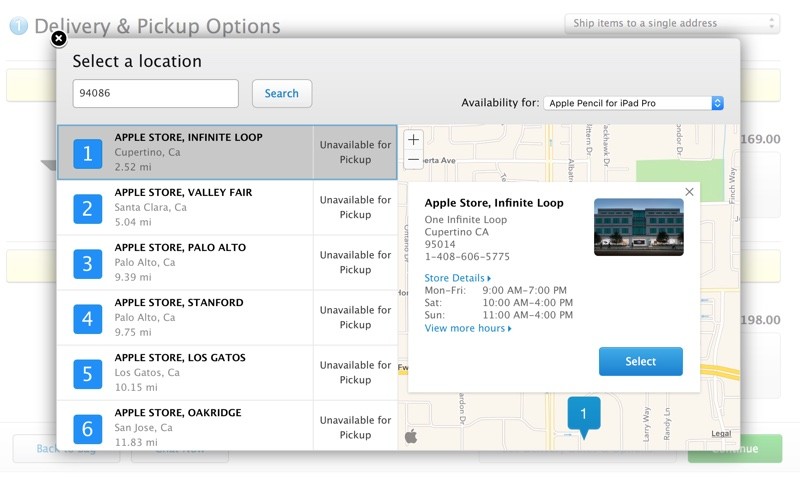 Though it's impossible to get an Apple Pencil or Smart Keyboard online, Apple has been sending small shipments of the accessories to its retail stores each day, allowing some lucky customers to purchase in store. Prior to today, the only way to get an Apple Pencil or Smart Keyboard was to show up shortly after a shipment was received, as there was no way to track supplies online. With Personal Pickup, it's now possible to see exactly which stores have which devices in stock in the United States and other countries.

It appears that the Apple Pencil and the Smart Keyboard are not available in many stores across the country at the current time, with stores in many of the major cities we checked listing it as "Unavailable for Pickup." A couple of MacRumors readers have been able to purchase an Apple Pencil for pickup, so stock levels may just be fluctuating based on the retail shipments received.

The Apple Pencil and the Smart Keyboard are priced at $99 and $169, respectively, and are designed to work solely with the iPad Pro, Apple's most powerful tablet device.

If it's not ready to be manufactured at scale, wait to release it. If the product stinks, no one will care anyway. If it's great, you'll just piss off everyone who can't buy it for months.
Reactions: Rafterman, AlphaTeam and peteullo

Gosh. How exciting
I

Personal Pickup for products that for all intents and purposes, aren't available. Great.
Last edited: Dec 9, 2015
Reactions: dazzlingirl, Rafterman, dysamoria and 2 others

No thanks. Got mine lol

Wonderful. I'll go pick up a Pencil and jam it in my eyes so I don't have to look at that hideous Apple Battery Case.
Reactions: Apple Human, dennish, lars666 and 3 others
G

Nice, my order said arrival on decembre 23-29, but I managed to make a personal pickup of a pencil today in the morning

It's only about a month late.

How is there a short supply of these accessories?
Reactions: lars666

Being that Apple wants to push this as a 'laptop replacement', I feel they could at least have enough keyboards to go around. Just saying!
Reactions: ninjadex and dysamoria

I wonder what time the Apple Stores get their shipments.
G

The store in Hamburg, germany, got its shipment at 8:22 am, thats when I checked and ordered.
J

They did this probably to stop people calling the store every hour looking for one. Should have done this in the beginning.
Reactions: dysamoria, verniesgarden and flux73

My local store got TWO on release day, never another.

The extra few minutes that I would save with personal pencil pick up (PPPP) was the one and only thing putting me off buying this revolutionary and innovative device. Now it's up and running. I am more than happy to release the £££s. Oh no. What am I saying? The reason I never got one is cos it's a glorified Wacom stylus at three times the price. Wait til my missus finds out what I've just wasted me hard earned cash on. Shes gonna kill me!

Nice, just when my arrived. I have to say, the keyboard is nicer to type on than the Surface 4 Pro keyboard.
R

If you really want these you have to be persistent. If you call, don't speak to these "Mac Experts" ask to speak to a store manager and the system will transfer you to the store. Call in the afternoons when they normally have sorted through the shipments. I called many times, and got lucky on both the pencil and the keyboard at the store I least expected it to be available. Good luck!
6 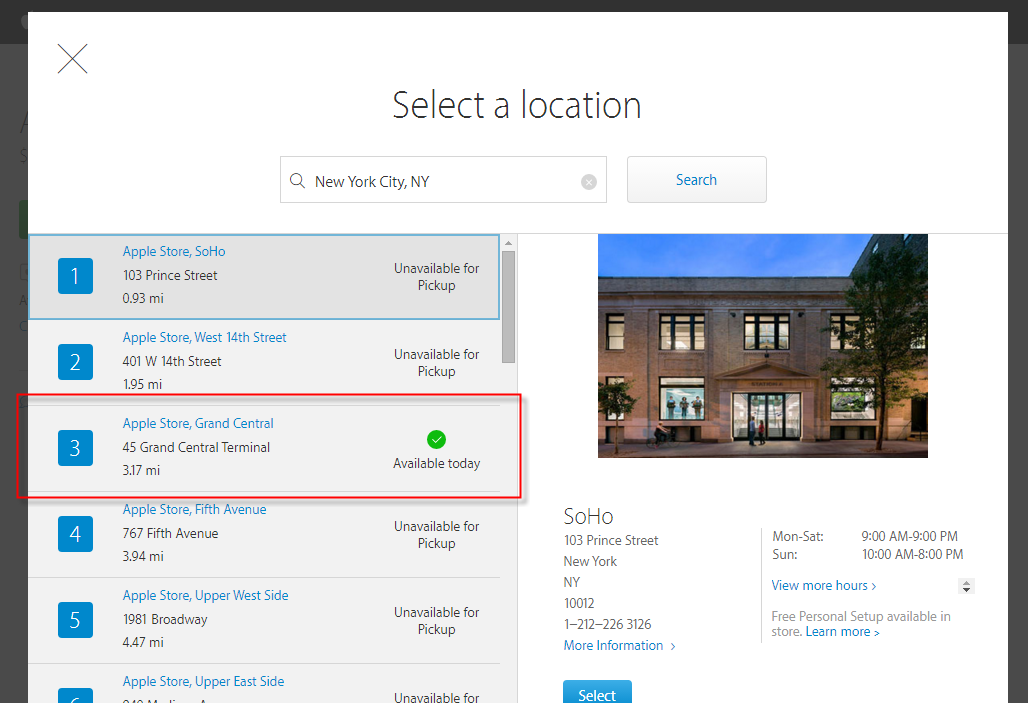 Walmart has been allowing personal pickup of "pencil" for a looooong time now. Come on Apple!
B

"Personal Pickup". Lol. It's so amazing that you can walk into a store, buy something, and then take it home right afterwards.
Reactions: dysamoria

Well, holy cow, Grand Central had some. GC NYC locale is shaping up to be a good place to get Apple swag lately when other NYC stores are out of stock.

I hope people who need the pencil can get one.