Apple today released the third beta of iOS 7.1 to registered developers for testing purposes, following the release of the second iOS 7.1 beta in mid-December. The update has a build number of 11d5127c and is available via an over-the-air update or through Apple's developer center website. 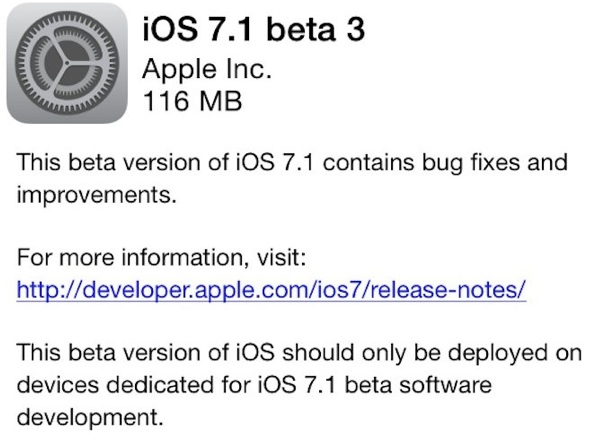 The first and second betas of iOS 7.1 bundled multiple bug fixes along with several new features including a new "Button Shapes" option in Accessibility and a more prominent location for Touch ID and Passcode options. The third beta includes fixes for audiobook playbook and iCloud account setup with iCloud Keychain, but there are undoubtedly other tweaks that have not been documented by Apple.

According to a recent report, iOS 7.1 will see a lengthy testing period with a public release coming in March. Beta 3's release notes indicate that a number of known issues remain with iOS 7.1, which must be fixed before the software can see a general release.

The last version of iOS 7 available to the public, iOS 7.0.4, was released back in November.

Update: While the "dark keyboard" option that was added in beta 1 and removed in beta 2 has not returned in beta 3, Apple has tweaked the standard keyboard slightly, most notably with a new look for the delete key. 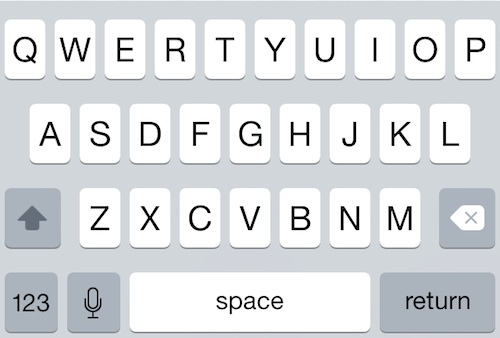 Beta 3 also includes a new look for the confirmation screen when powering down the device, while the Phone dialer now uses round "call" and "end" buttons rather than large rectangular ones. The incoming call screen also adopts the round buttons as part of a redesign. 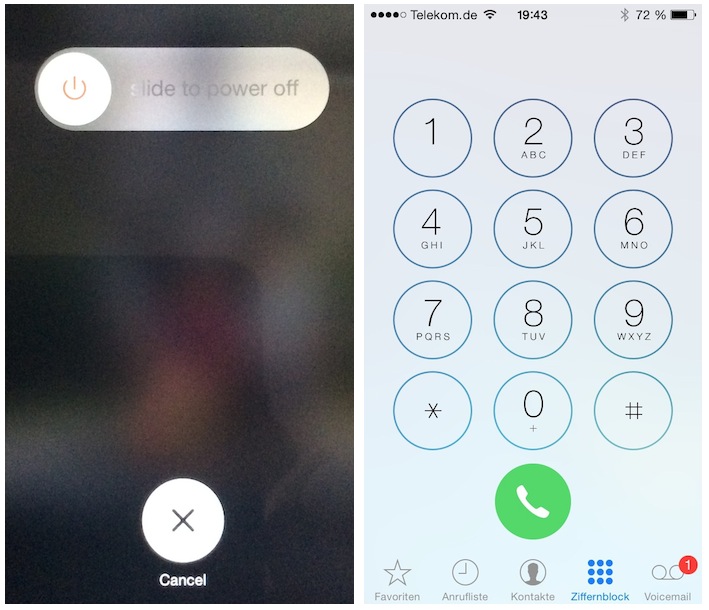 The green color of the Phone, FaceTime, Messages app icons has been toned down slightly, while there is an expanded "Increase Contrast" section in the Accessibility settings that now has three separate settings allowing users to reduce transparency, darken colors (added in iOS 7.1 beta 1), and reduce white point (new in iOS 7.1 beta 3).

There is a new option to turn parallax on or off when setting wallpapers.

Yes, button shapes are back!

I wonder, how many betas will there be? Anyone?

macintoshmac said:
88-odd MB on the iPhone 5. OTA download going on as I type.
Click to expand...


So another few months of bug riddled mess that is 7.0 for the public?

Has anyone else been annoyed by the way pictures are blown up when setting them as wallpaper. I thought it was going to be a bug from 7.0 development cycle but it has never been fixed.
Comment

hopefully the public version comes soon, the current one is awful on my iPad
Comment
T

thertrain said:
Has anyone else been annoyed by the way pictures are blown up when setting them as wallpaper. I thought it was going to be a bug from 7.0 development cycle but it has never been fixed.
Click to expand...

I think it's blown up so they can do the parallax stuff.
Comment

It's a beta, so you can always go back if it isn't.
Comment

Would someone be so kind to see if it works with evasi0n7?


dannyyankou said:
It's a beta, so you can always go back if it isn't.
Click to expand...

Really? even when beta 3 is out, people can still sign betas 1 and 2 if they want to?
Comment

Hopefully 7.1 fixes Safari crashes. This site never crashes for me, but others do frequently.
Comment

that might be what the NSA is saying as well. Seriously, with all the paranoia going on here recently about the NSA spying, what better way for the NSA to spy on your phone than adding their code to a jailbreak?
Comment
A

I want to see them finally combine/recode the notes and reminders apps to be much better than they are. ios7 kinda broke them in usability, i don't like skeuromophic design but they killed the intuitiveness!
Comment
M

tumtumtum said:
I think it's blown up so they can do the parallax stuff.
Click to expand...

The Doctor11 said:
Is the dark keyboard back??? Please tell me it's back I really want it!
Click to expand...

Same here lol... I hope its back too.
Comment
R

Populus said:
I wonder, how many betas will there be? Anyone?