Apple today released the fourth beta of iOS 7.1 to registered developers for testing purposes, following the release of the third iOS 7.1 beta at the beginning of this month. The update has a build number of 11D5134c and is available via an over-the-air update or through Apple's developer center website. 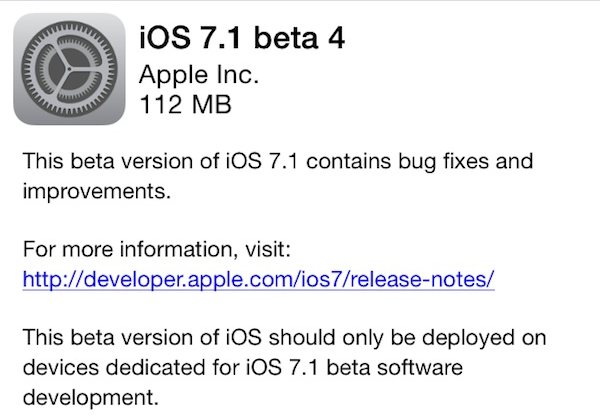 The last version of iOS 7 available to the public, iOS 7.0.4, was released back in November. There are still several known issues for Apple's engineers to address, so iOS 7.1 will likely not be released to the public without at least one more round of beta testing.

Today's update also includes Xcode 5.1 Developer Preview 4 and a new version of the Apple TV beta software. Earlier today, it was rumored that Apple would soon be releasing the next beta of iOS 7.1.

While there were a wide array of UI tweaks in Beta 3, it appears that Beta 4 focuses much more on behind-the-scenes changes. The only UI change our readers have been able to find so far is a modest tweak to the Slide to Unlock animation to make it "shinier".

That was snappier than expected.

I really hope 7.1 is out sooner than the earlier predicted date in March.
Comment

To their credit though, they made a good educated guess.
Last edited: Jan 20, 2014
Comment
S

-LikesMac- said:
That was snappier than expected.
Click to expand...

irfaanfaki said:
Guess BGR was wrong then
Click to expand...

When aren't they wrong?

I am liking this update (from what I can see).

I would love to see a way to disable the A2DP bluetooth profile without losing the handsfree phone functionality.
Comment

Need to add iOS In The Car already.
Comment

Funny, this is a few times recently that there was a rumor it was going to be release "tomorrow" and then it ends up being released the same day instead.

I hope some people post that they're downloading/installing the beta as much as I hope Apple makes iOS 7 run even worse on the iPhone 4.
Comment

Poor BGR...So close, yet so far - or near, depending on your point of view.
Comment

CaryMacGuy said:
I am liking this update (from what I can see).

I would love to see a way to disable the A2DP bluetooth profile without losing the handsfree phone functionality.
Click to expand...

Why, what can the majority benefit from doing that?
Comment

comes out shortly after.

comes out shortly after.

Beta 4 is out. I really hope it fixes a few things:

- Make Safari snappier
- Yellow screens
- Image retention on the Mini
- Terrible battery life
- Safari icon
- All icons in general
- Middle east conflicts
- iMessage failures
- Steve would never have released Beta 4, only Beta 5. He would have skipped Beta 4.
- White. All the white. Please, someone save us from the white.
- Forces Ive to wear a crew neck
- Forces Nest to decline Google
- Reduces the use of words in keynotes, such as "Magical, Amazing, Wonderful"
Comment

Is anyone getting this message? 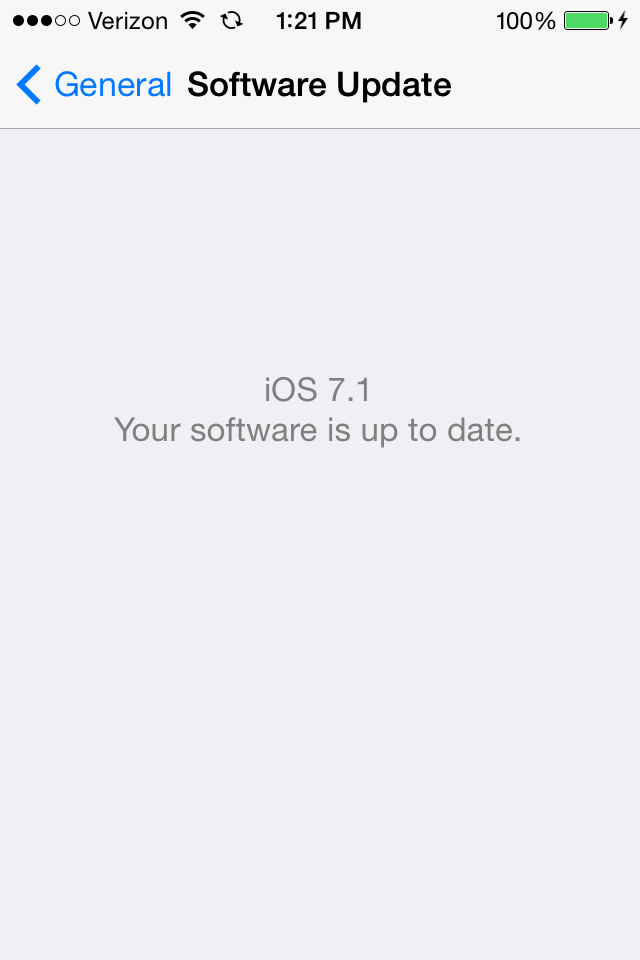 dannyyankou said:
Is anyone getting this message?